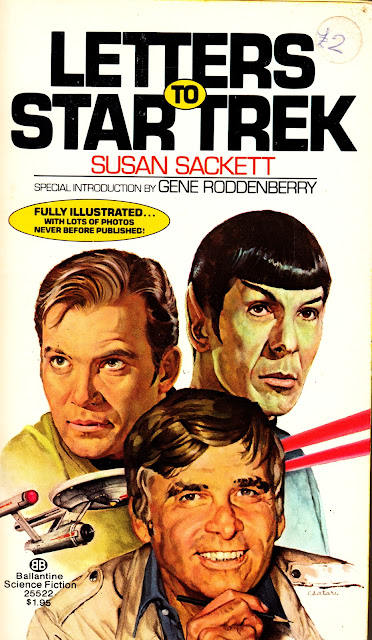 This is another of those Seventies TREK-fests, released in the twilight decade between the cancellation of the TV show and the release of the first feature film.

As the does-what-it-says-on-the-tin title suggests, it's a compilation of the show's fan mail, sent to the show and its' creator Gene (Great Bird of the Galaxy) Roddenberry.

Author Sackett was Roddenberry's personal assistant from 1974 until his death in 1991.  This was her first book. 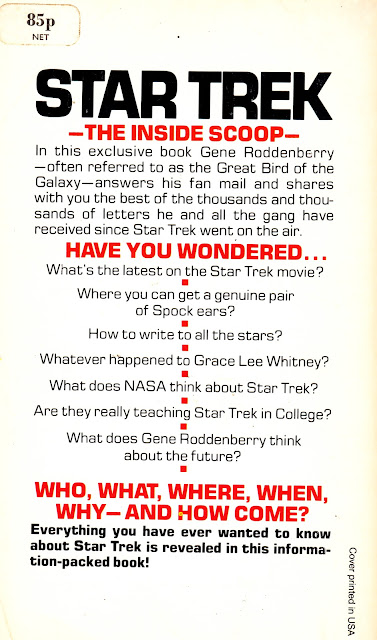