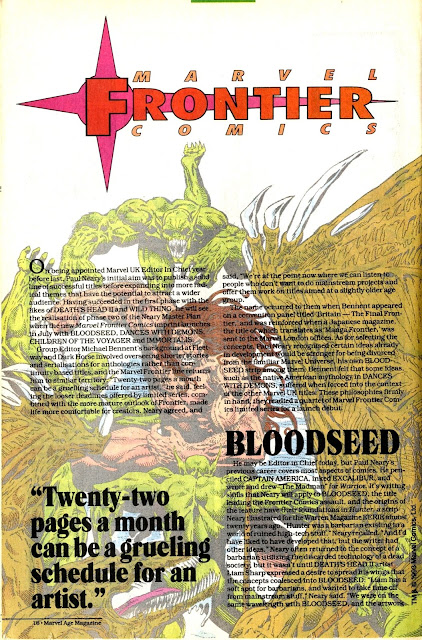 FRONTIER COMICS is a long-forgotten Marvel Comics (UK branch) imprint, briefly inaugurated during the last splutters of the speculator-fueled boom years of the early 1990s... and amongst the first to be canned when the collapse came.

Frontier Comics, edited out of Arundel House by Michael Bennent, consisted of the four limited series covered in this MARVEL AGE MAGAZINE (issue 126) and FRONTIER COMICS SPECIAL, one-shot that was originally announced as the ongoing anthology FRONTIER COMICS UNLIMITED before the title was cancelled.

As the market collapsed around them in late 93/ early 94, Marvel London started to retrench their operation and delay certain new launches.  The Frontier imprint was culled completely, although all the limited series reached their natural conclusions.

As with the main M-UK line-up, Marvel have ignored the Frontier characters for the past twenty-odd years and none of the material has ever been reprinted or collected.  None of the Frontier strips were published in OVERKILL. 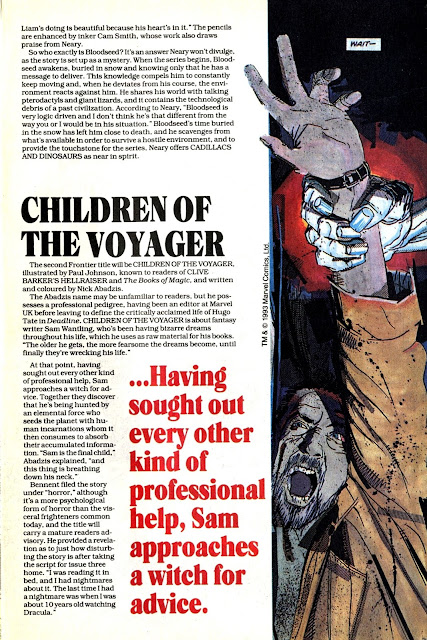 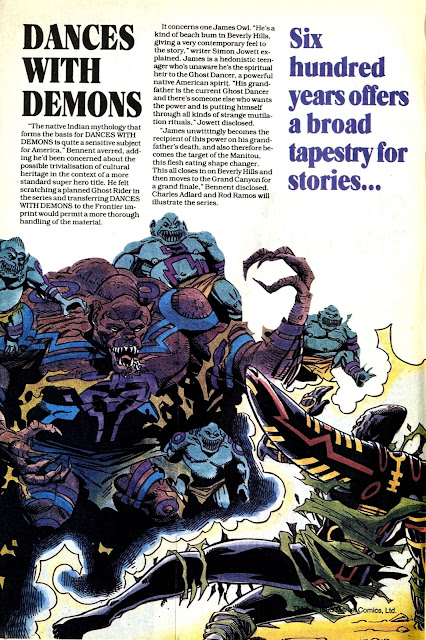 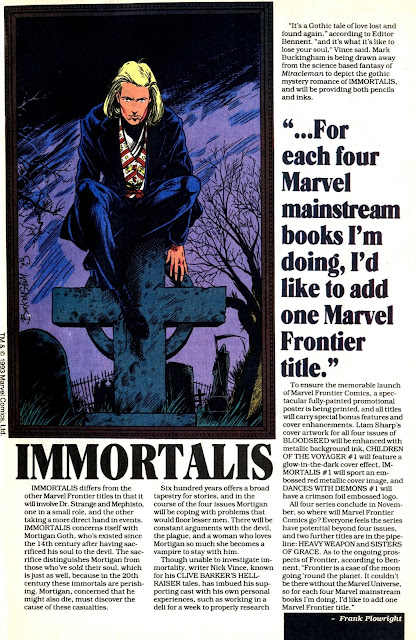