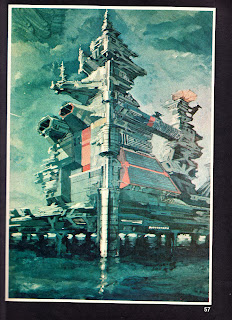 Amongst the points discussed: How Larson became involved with Buck Rogers; how it morphed from a TV project into a feature film... and back into a TV series and how he went undercover to pitch Galactica 1980* to ABC.  He also, surprisingly, touches upon the upcoming contract negotiations which would - eventually - see him part company with Universal in favour of a new deal at 20th Century Fox.

The interview, presumably conducted early in 1980 (Swires has seen footage from Galactica 1980's Galactica Discovers Earth but doesn't discuss the show in detail), doesn't make any reference to G80 becoming a weekly series.

* A subterfuge which seems to contradict claims in later interviews that it was ABC that wanted to go ahead with the revival.

EPIC ILLUSTRATED, a magazine very much in the HEAVY METAL tradition, was a forerunner to the entire Epic Comics creator-owned line.  It mixed a variety of comic strips with the occasional text feature.  It ran for 34 issues, folding in February 1986. 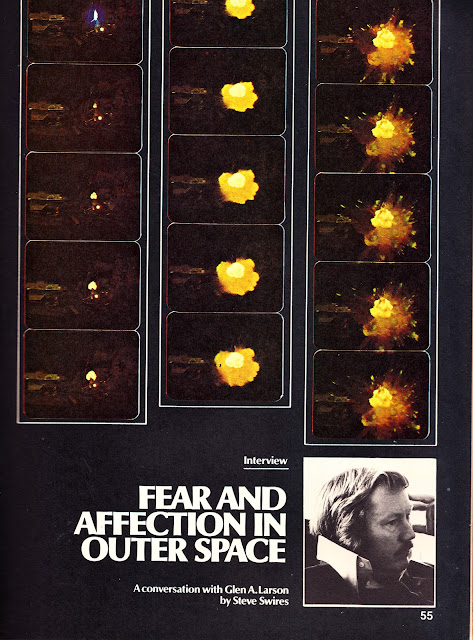 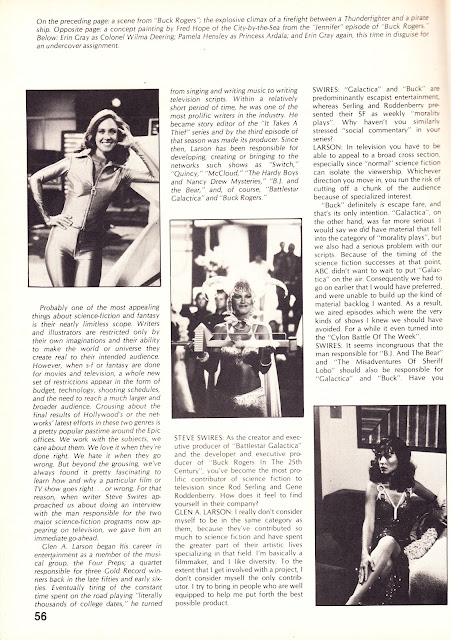 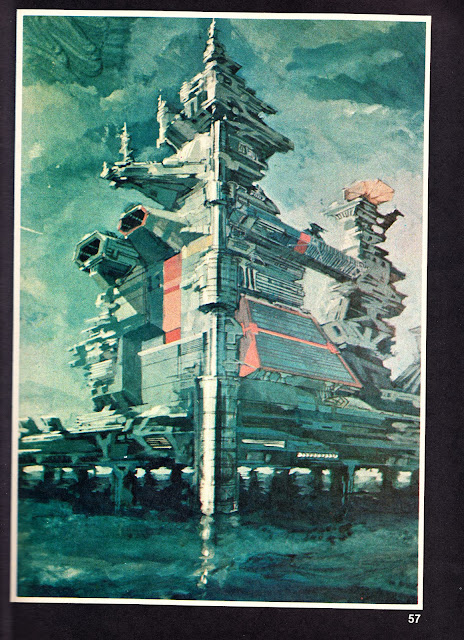 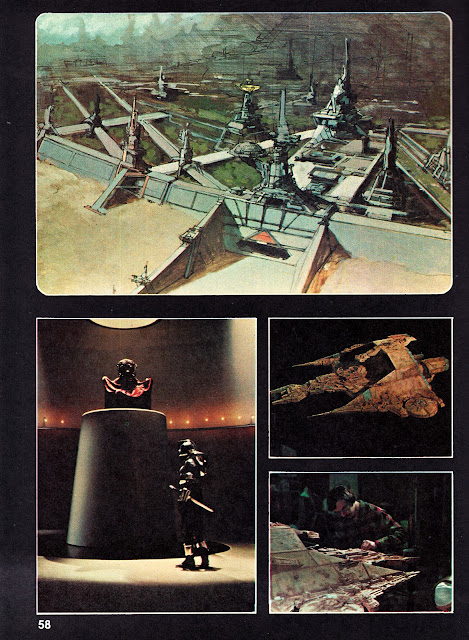 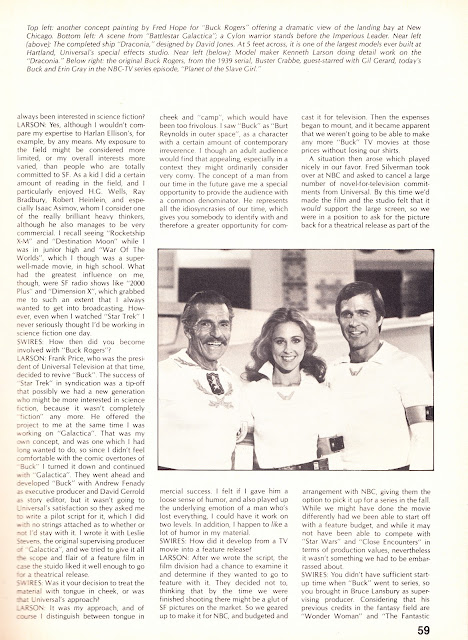 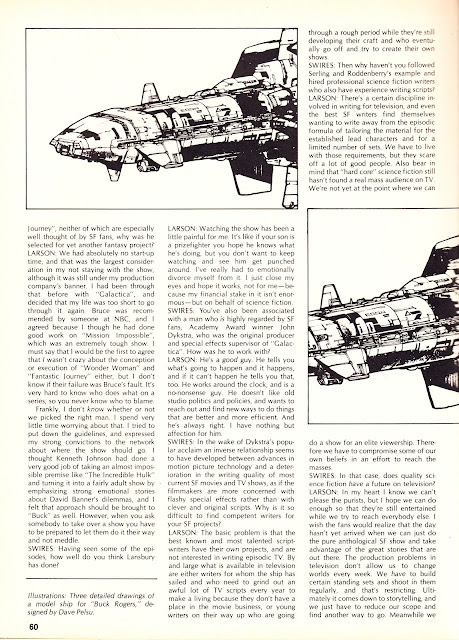 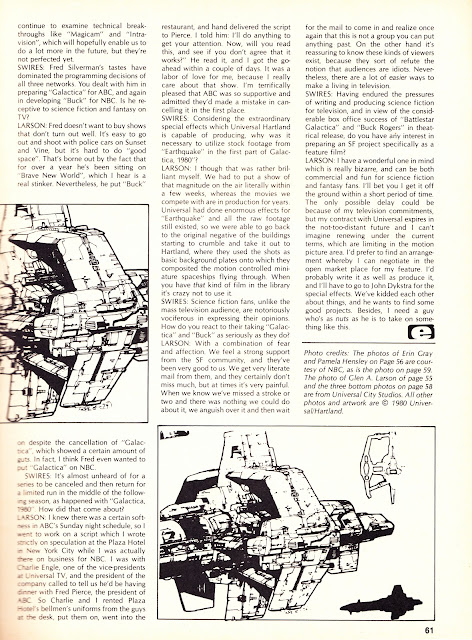 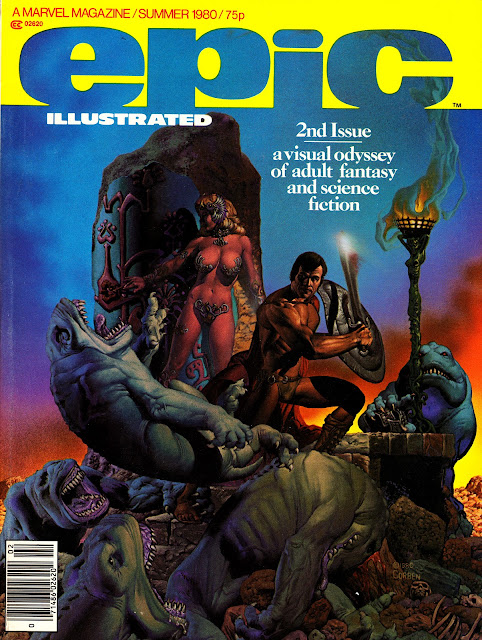