From October 1992: the first issue of the Fleetway STINGRAY comic, timed to coincide with reruns of the 1960s Gerry Anderson extravaganza on the BBC.

Most of the material was recycled from TV CENTURY 21, published in the late Sixties.

This, along with companion titles dedicated to CAPTAIN SCARLET and JOE 90, didn't fare as well as the runaway success of the THUNDERBIRDS title and they all eventually found themselves merged into one almighty Gerry Anderson megamix. 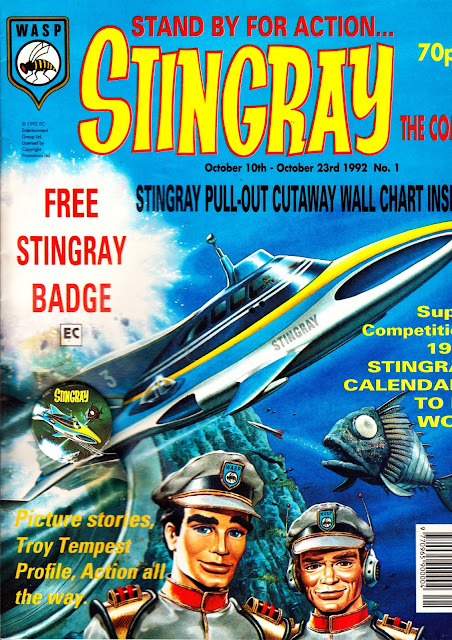 Its been had to miss the huge dump bins popping up in stores across the land as the traditional festive double issues of the TV listings magazines go on sale. The first sighting of the bumper RADIO TIMES is a sure sign that Christmas is coming. However, for the past few years I've found that I've bought that traditiinal whopper... and then not looked at it once throughout the holiday season.

The cover stars should come as no surprise.

Visual Imagination's CT launched in October 1995 and eventually clocked up 159 issues through to the end of 2008 when the publisher went bust. This was the first of 47 specials published on a quarterly schedule. 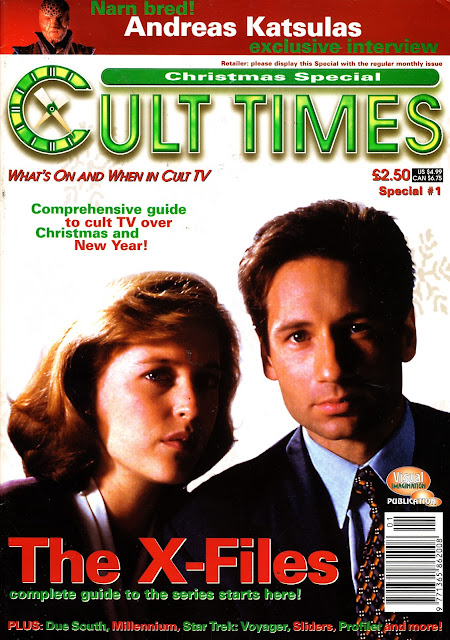 From the Fall of 1997: Another of the brief run of SCI-FI INVASION!, the occasional spin-off from the WIZARD MAGAZINE empire. 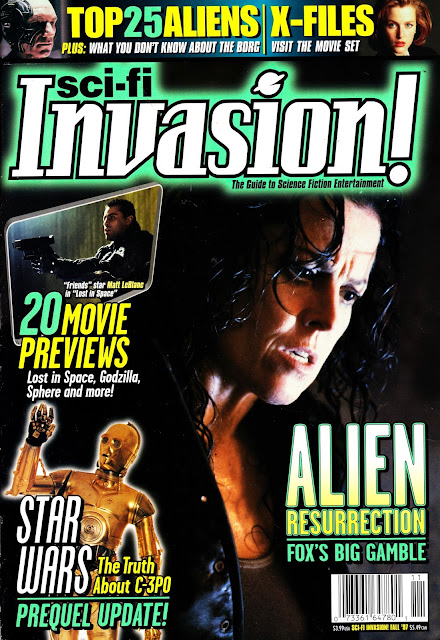 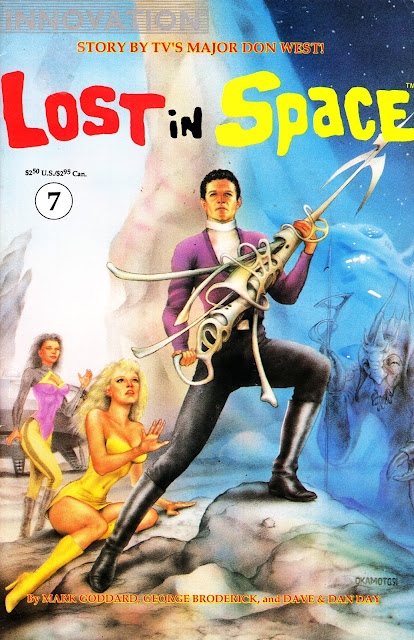 From June 1994: the 18th issue of photocopied DOCTOR WHO fanzine THERMAL LANCE. 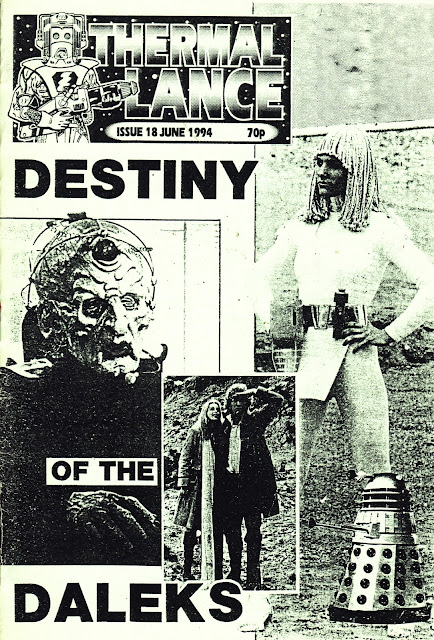 From 1998: the third issue of the British STAR WARS UKNIVERSE, the oddly titled publication of the for-one-year-only (in this form at least) OFFICIAL UK STAR WARS FAN CLUB.

Although this doesn't appear to have been available to non-members through retail, it did add to the general cacophony of SW mags and publications appearing in the late 1990s. 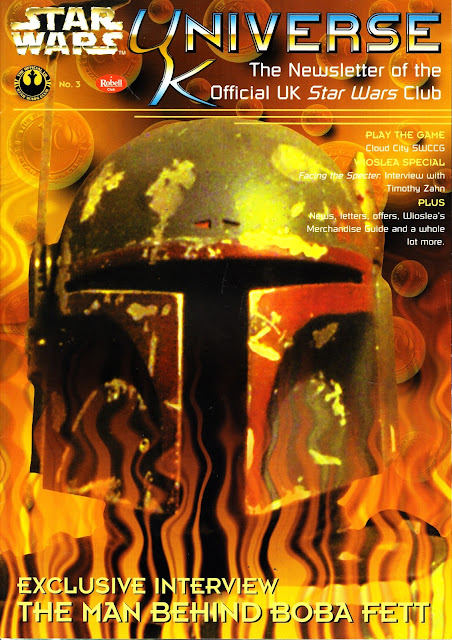 From the autumn/ fall of 1998: an issue of WIZARD spin-off TOONS MAGAZINE, with animated SPAWN cover. 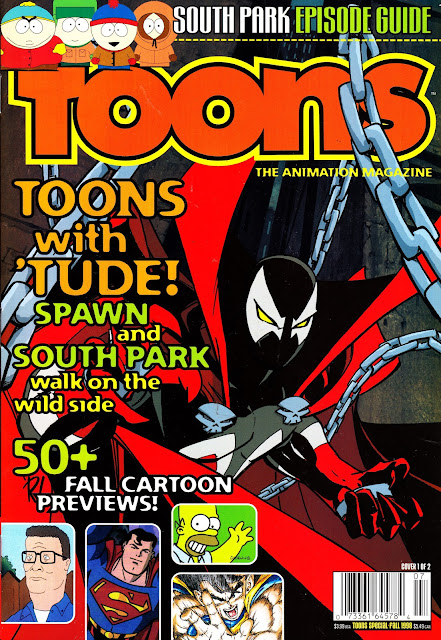 From April 1983: the UK edition of MAD MAGAZINE finally gets around to spoofing STAR TREK II: THE WRATH OF KHAN.

Presumably the yellow uniforms are part of the gag rather than evidence of a Gold Key-alike lack of useful colour reference shots and/or collective lack of familiarity with the sequel's redesigned uniforms. 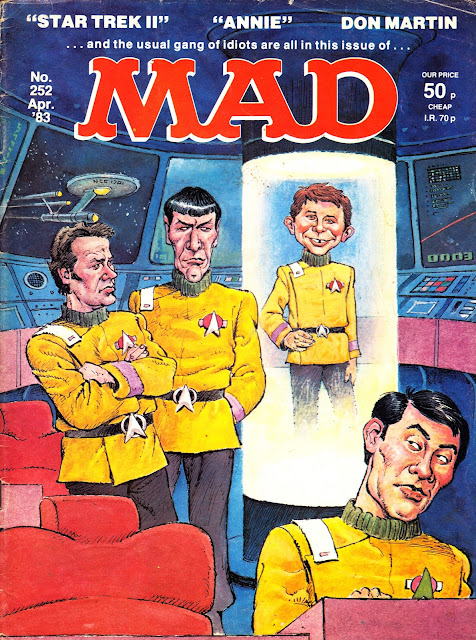 From December 1979 (although this hails from much later): Disney's Star Age would-be blockbuster THE BLACK HOLE. 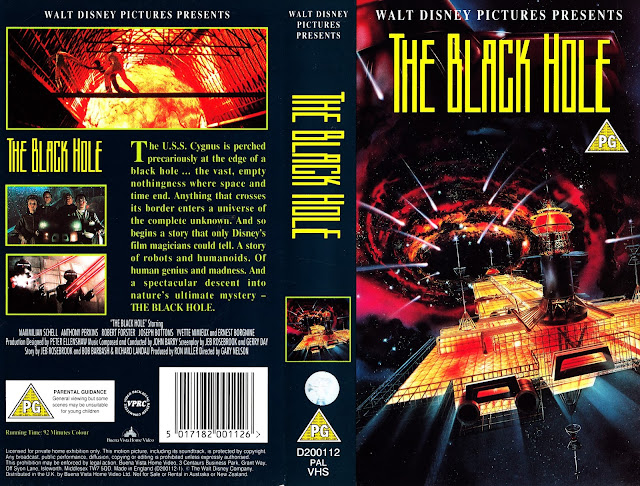 Despite the numerous - and sometimes obvious shortcomings - I rate this as one of the icons of the era. Both because it's an entertaining - and spectacular - movie in its own right but also because of the ubiquitous merchandising it spawned.

This is the UK sell-through VHS cover. I think this is one movie thst really demands a bells-whistles-and-B.O.Bs BR release.
Posted by SLOW ROBOT at 07:36 2 comments:

Email ThisBlogThis!Share to TwitterShare to FacebookShare to Pinterest
Labels: 1979, THE BLACK HOLE

From 1997: Another WIZARD spin-off from the boom years... an out-of-the-bag copy of SCI-FI INVASION.

Five issues were published circa 97-98, the consistent themes across the run being STAR WARS, BABYLON FIVE and - of course - THE X-FILES. 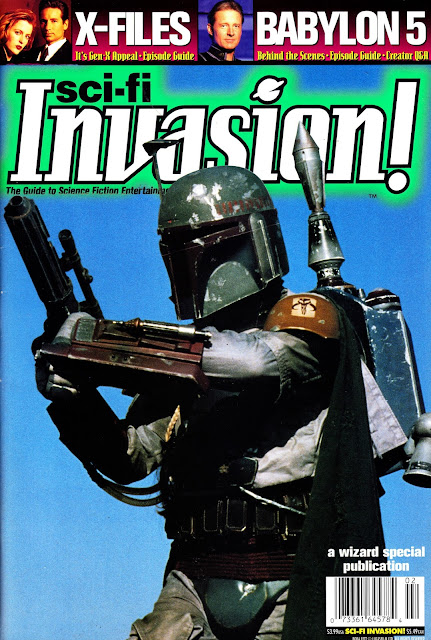 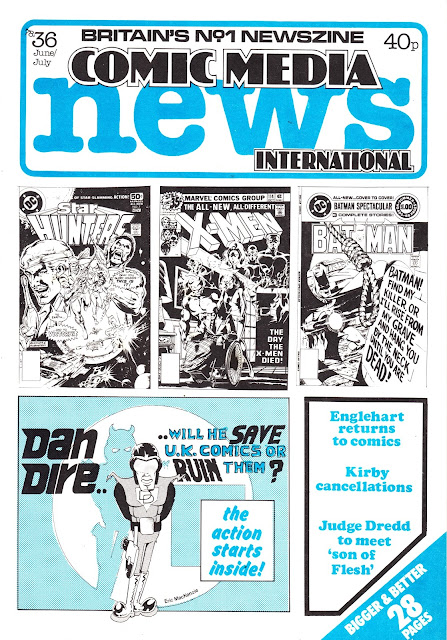 Email ThisBlogThis!Share to TwitterShare to FacebookShare to Pinterest
Labels: 1978

From August 1991: Leonard Nimoy is the subject of the second issue of Personality Comics' unofficial biography comic book STAR TREK THE ORIGINAL CREW. 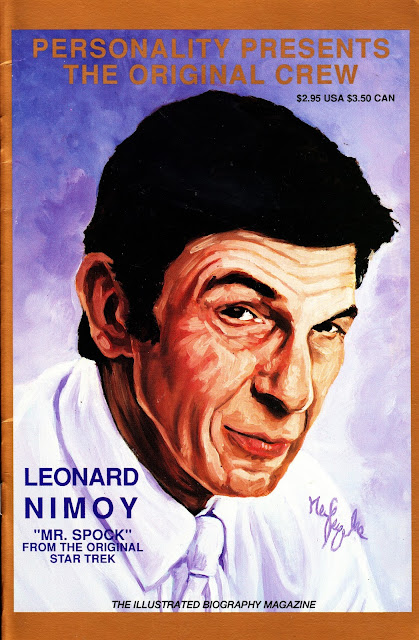 From Fall 1999: TOONS, a brief spin-off from WIZARD MAGAZINE. 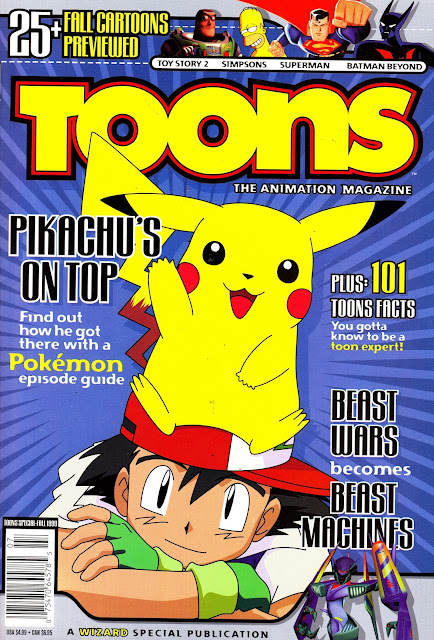 From 1990 (although it aired on NBC the previous year) the original BAYWATCH pilot movie PANIC AT MALIBU PIER.

This release was unusual because, as the cover suggests, this contains some scenes trimmed from the telecast. I'd assumed these were just scenes that ITV had snipped to fit the timeslot allocated to the movie (not an uncommon practice for broadcasters at the time) but its actually a couple of mildly racy topless female scenes (not involving any of the show's regular actresses) presumably shot by the production company to give the one-off a little more spice in the all-important overseas market. Neither scene is critical to the plot... and I doubt they were part of the original NBC outing.

This additional material was somewhat at odds with the family friendly flavour of the show itself, airing around 6pm Saturday nights on ITV, and must have come as a surprise to buyers who expected to leave their kids unsupervised and entertained for ninety-odd minutes.

I vaguely recall seeing this released again later with a PG certification, suggesting the 'rude bits' had been snipped. 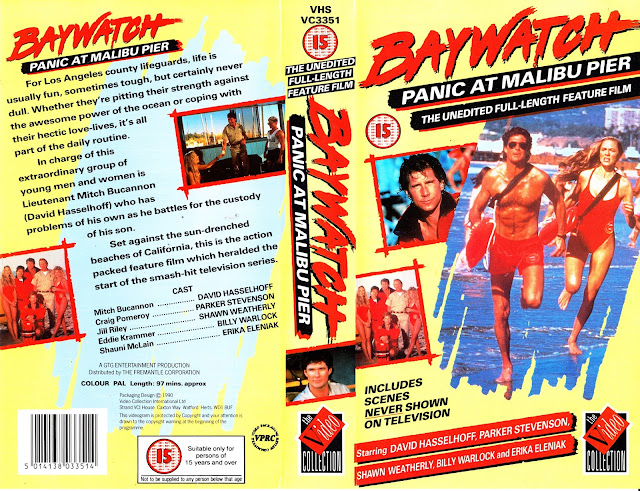 Email ThisBlogThis!Share to TwitterShare to FacebookShare to Pinterest
Labels: 1990, BAYWATCH

From May 1994: THERMAL LANCE, the British DOCTOR WHO fanzine, issue 17. 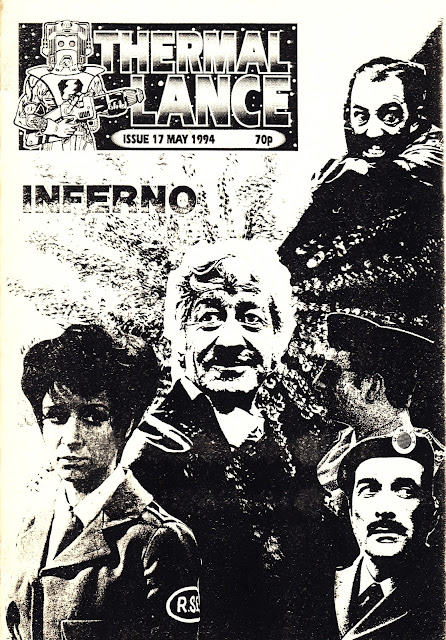 The Dundee publisher wisely decided to avoid trying to lauch a me-too anthology into a market where 2000AD and STAR WARS WEEKLY were already slugging it out (with DWW, STARHEROES and FUTURE TENSE all still to hit within the next year-or-so) and opted to bolster their successful line of black & white digest pocket libraries instead (a market Marvel was also about to enter... albeit without much longevity) with this done-in-one single story title.

SB started on a one-a-month frequency before swiftly upgrading to two issues - released simultaneously - each month. It ultimately staggered on until (barely) January 1991, clocking up an impressive 281 issues.

Despite some top industry contributors (Morrison, McMahon, Ridgway, Kennedy and more), DC Thomson have been slow to exploit the Starblazer inventory. Maybe they should consider a sale to Rebellion... 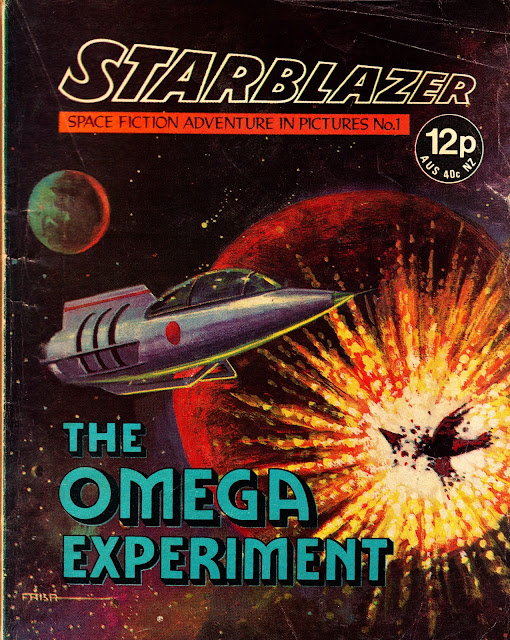