This is, according to the counter to my right, my 400th STARLOGGED post of 2013 so I've been holding this - the first part of my next MARVEL UK Cover Gallery - back to coincide with that magic number.  It remains to be seen whether I can muster another 113 posts to beat last year's final figure of 513.

This 1982-83 weekly clocked-up an unimpressive 29 issues before being merged with SPIDER-MAN's weekly, supposedly to make way for the new THOR and X-MEN books.

The FF had been a British fixture right back to 1972 and the first issue of THE MIGHTY WORLD OF MARVEL (and actually back into pre-history thanks to the sixties Power Comics reprints of the same material) but this was Marvel's third crack at making their first family stick as a standalone title in the UK.  THE COMPLETE FANTASTIC FOUR ran for 37 issues between 1977-78 before merging back into THE MIGHTY WORLD OF MARVEL, possibly because its cover-to-cover reprints were devouring material too fast to make it sustainable.

The foursome were back in 1980 as part of the POCKET BOOKS range.  With Dez Skinn long gone, the digest-sized line ran out of steam in 1982 but I assume the sales figures on THE FABULOUS FANTASTIC FOUR led directly to the launch of this weekly replacement.

The format followed the post-November 1981formula of 24-pages with glossy covers and centre-spreads with black & white interiors.  This earns it a little footnote in the history of the Annex of Ideas: the last new launch to have (centre-spread not withstanding) purely b&w interiors.  THE MIGHTY THOR would, after a (very) shaky start usher in a new era of colour interiors.

The reprints covered roughly the same timeframe as the FF's last weekly, kicking-off with a rerun of The Monster in the Streets from US FF 105, cover-dated December 1970. 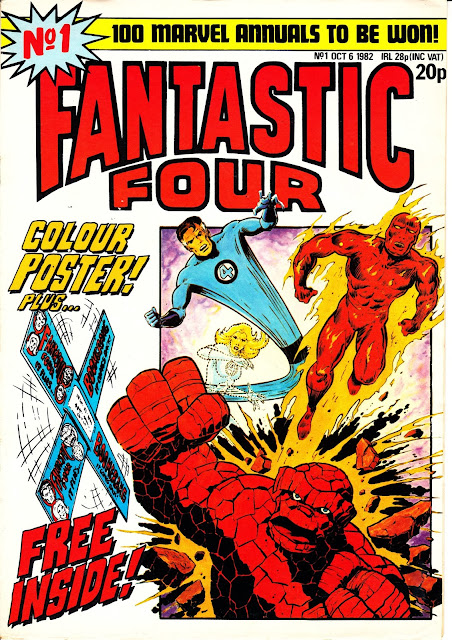 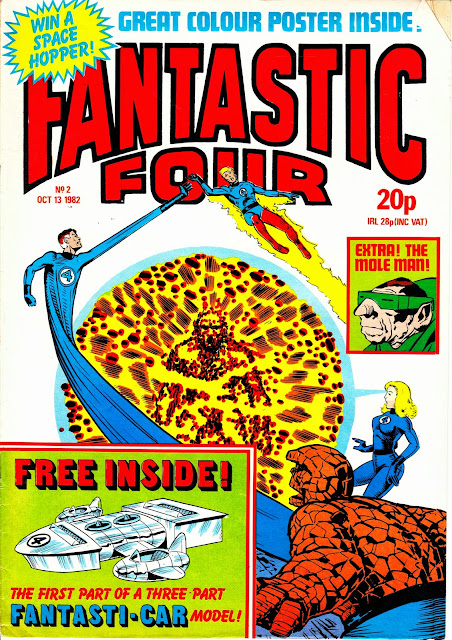 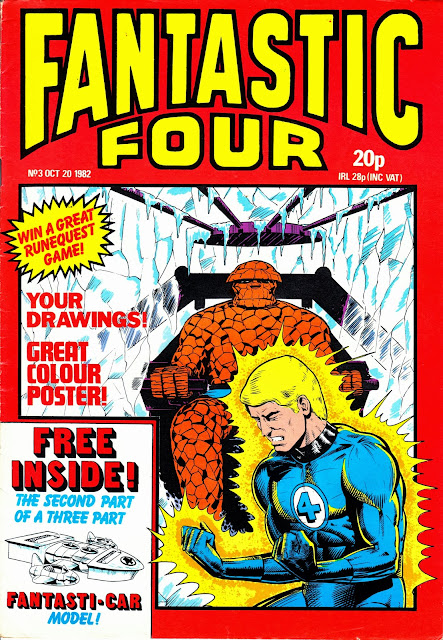 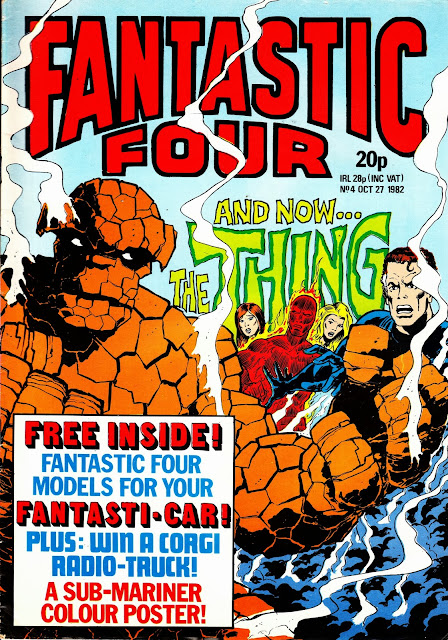