The DEATH'S HEAD II limited series paved the way for the British (Marvel) invasion of the States in 1992 but references to the shared GENESIS 92 sub-universe were conspicuously absent (with the exception of the House Ads that I've been posting recently).

By that measure, the M-UK sub-universe really kicked-off with this book plugged (in the last issue of the DH II mini): issue one of WARHEADS, the first of the "Overkill" US books which went on sale in late April. 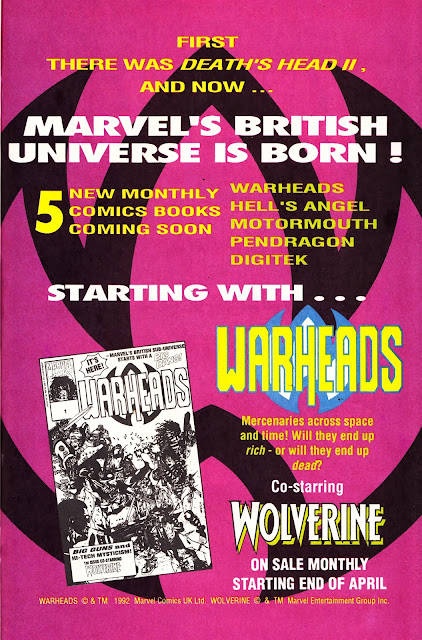