From 1977 (although this printing hails from the following year): the novelization of STAR WARS (latterly A NEW HOPE).

Credited to George Lucas, it was actually penned by Alan Dean Foster (at least Larson shared the credit on the Battlestar and Knight Rider novels he didn't write) and published ahead of the film itself (spoilers!) because, like the Marvel tie up, it was seen as essential to boosting the profile of the film in the run up to the release.

I've not read this for decades (this isn't my original, I found it recently in a secondhand book shop) despite the numerous reprinting but it was an essential part of any Star Heroes collection back in the Star Age.

Like the Marvel adaptation and, a bit later, the radio drama, this played fast and loose with the final     screen version because it had to be written and signed off far in advance of picture lock on the film itself.

Foster had a two book deal with Lucas and also penned the print sequel SPLINTER OF THE MIND'S EYE (another mainstay of the SF shelves in WH Smith throughout the early 1980s) which, when commissioned, was envisaged as a potential low cost screen sequel. The cash rolled in and Lucas was able to discard it in favour of a more ambitious second act. 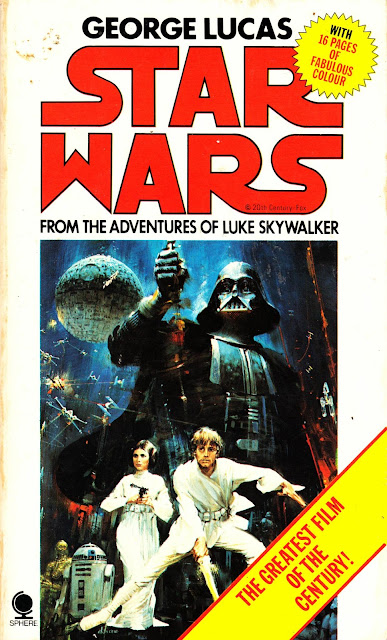 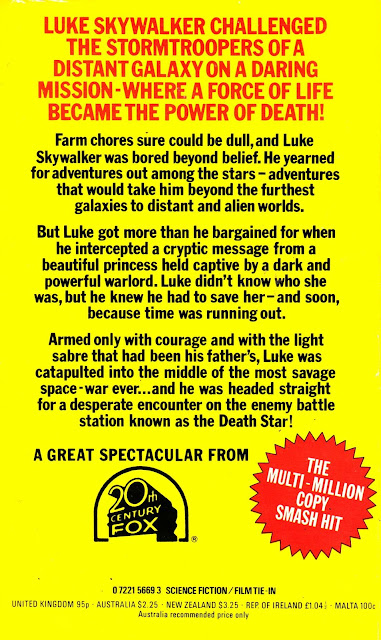