1983: RETURN OF THE JEDI SKETCHBOOK

From 1983: the seldom seen, at least by me, RETURN OF THE JEDI SKETCHBOOK.

Published by Ballentine Books, this and its ESB predecessor (which I don't have) don't appear to have enjoyed very widespread UK distribution back in the day. It was certainly easier to find the oft-reprinted large format "Art of" editions.

I'm assuming that copies were only imported by specialist bookstores and it wasn't offered to the general British booktrade. I'm sure, if I had seen a copy when it was released, it would have leapt pretty high on my birthday or Christmas list.

This is, as the title suggests, a collection of pre-production art which gives an insight into the creative process behind the locations, hardware and creatures as well as creative roads (star lanes?) untravelled.

I finally found a copy of this last year in a second hand store along with a bunch of other contemporary books about the saga that someone had obviously offloaded in a batch. 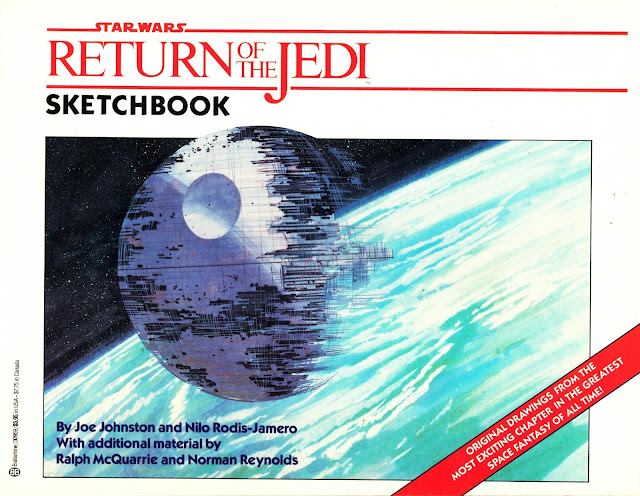 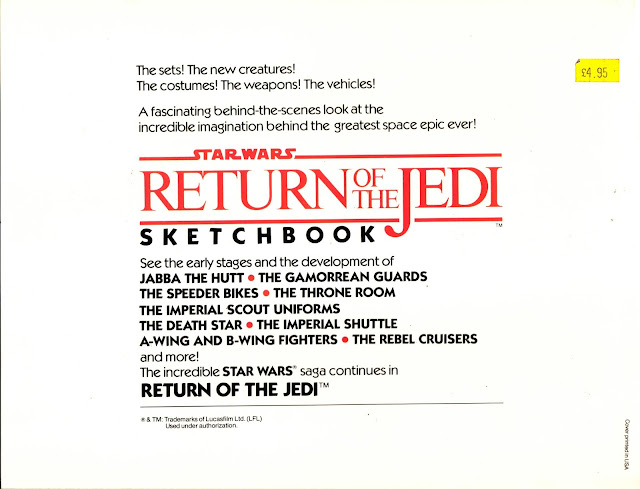