From February 1985: the next issue of DOCTOR WHO BULLETIN (aka DWB) that I recently acquired: issue 19.

In today's multichannel and multiscreen world, any TV producer would be more than a little chuffed with nine million viewers. It must have been hard to imagine that, by the end of the season, the show would have been all but cancelled and fans fighting for its survival. Although individual episodes and stories in subsequent series were sometimes excellent, the show always felt like it was living on borrowed time for the rest of the run.

The sub heads are a little unfortunately positioned me thinks. 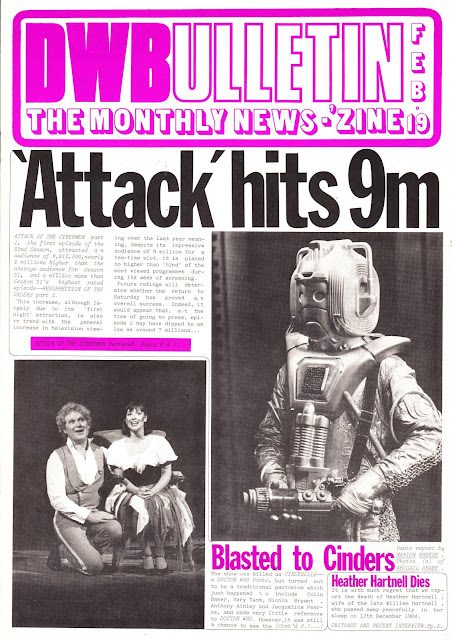 Email ThisBlogThis!Share to TwitterShare to FacebookShare to Pinterest
Labels: 1985, DOCTOR WHO, DWB