From May 1991: MARVEL AGE MAGAZINE, the in-house fanzine for Marvel's wares, celebrates its 100th regular issue with this silver ink cover.

Despite being officially designated a magazine, it always appeared in a comic book format and in standard comic book dimensions.

A 100 issue run is it itself pretty impressive but MA eventually mustered 140 regular issues (it succumbed to the imploding market in September 1994) as well as sundry annuals and preview specials as well as several magazine one-shots. 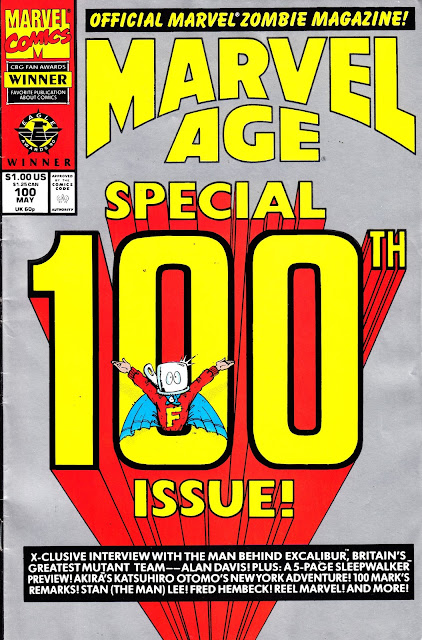