Although Trek has been a mainstay of comic books since the era of the original TV show (or earlier in the case of the UK, thanks to the JOE 90 weekly getting a head start on the BBC) I've never felt there's a particularly large section of Trek fans that would also dip into the comic adventures of Kirk and crew. Clearly enough to sustain two regular books and the occasional special, annual and limited series but a whole imprint?

Marvel, in typical Nineties excess, snatched away the contract (thanks to their swoop on Malibu Comics) with the promise of a myriad of ongoing series based in some pretty obscure facets of the franchise.

A saturated market, too few readers, a big licensing bill, nose diving sales across the industry and Marvel's own perilous financial status conspired to make this the boom before the bust... but there was some good stuff published over the following two years.

It's crazy to think that this line was launching twenty years ago already... 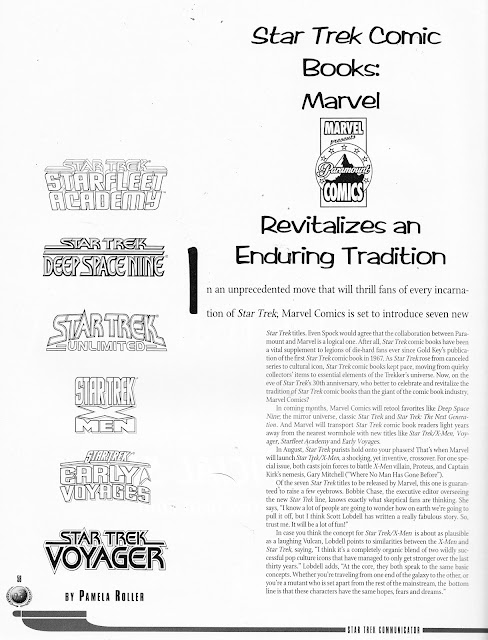 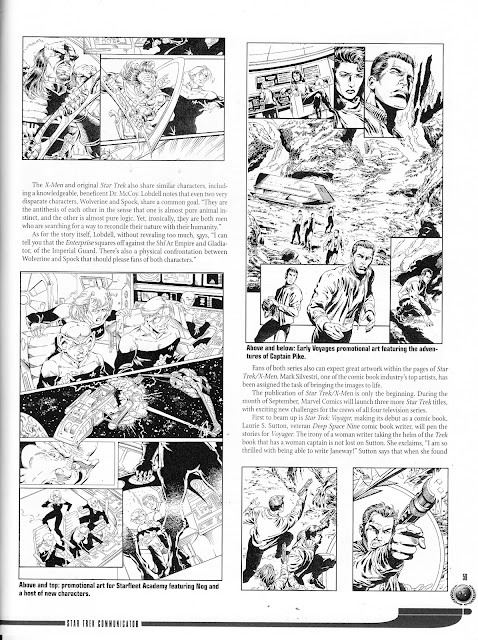 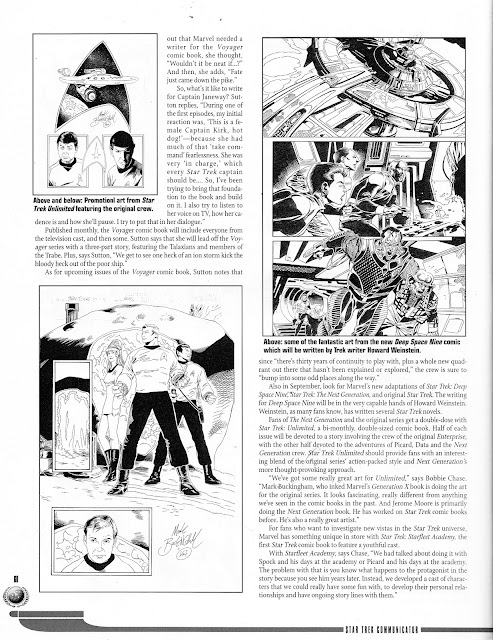 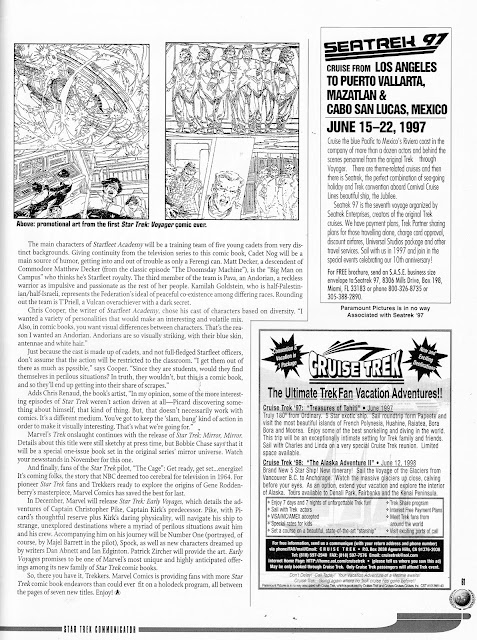