Titan used the release of STAR TREK GENERATIONS (the crossover movie that killed Kirk as it handed the movie franchise to the Next Gen crew) as the hook to launch the magazine (this two-page spread appeared on the final spread at the back of the one-shot movie tie-in) at a time when the franchise was looking in rude health (although DS9 and its successors never captured the mainstream imagination, or ratings, to the same degree).

The magazine started out as a British (and certain overseas territories) venture and slotted in alongside several other licensed (and several more unlicensed but Trek-centric) players, mostly in the States.

Over time, Titan's version has become last crewman standing and is now distinguished, as far as I can tell, by being the only English language ST mag still running.

Comparing current issues (and long-running office companion STAR WARS INSIDER) highlights how much more material was crammed into each issue at their peaks. The issues currently on sale in WH Smith (that's something to be celebrated: they are still deemed worthy of shelf space by a retailer that's visibly slashed its commitment to print in favour of fancy stationary and greetings cards... Sales amongst their high street branches have, yet again, dropped a few more percentage points according to figures out this week) are, while still worth grabbing, are considerably less packed to the rafters.

Of course, the Trek mag had the benefit of at least four new episodes (excluding rerun weeks and the summer hiatus) a month to write about, cast and crew on tap on the studio lot and a fully geared up studio publicity machine. Now they just have a movie every few years and a Hollywood marketing strategy which micromanages every utterance, whisper and still. And things must be even tougher across the corridor with the INSIDER just another cog in Disney's coordinated marketing blitzkrieg. 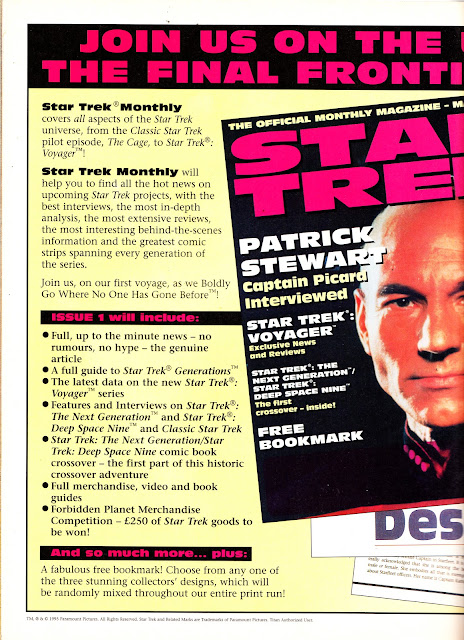 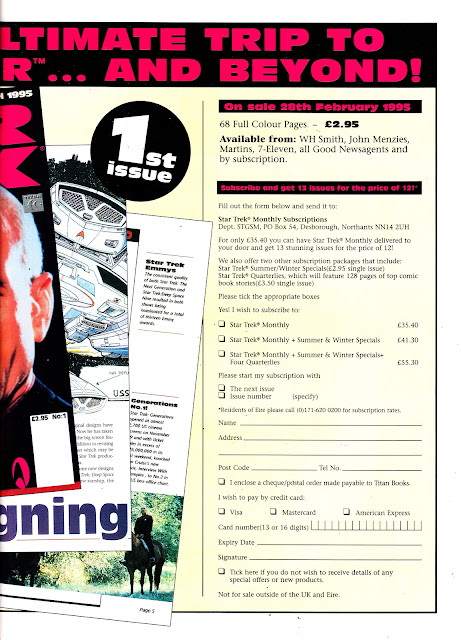