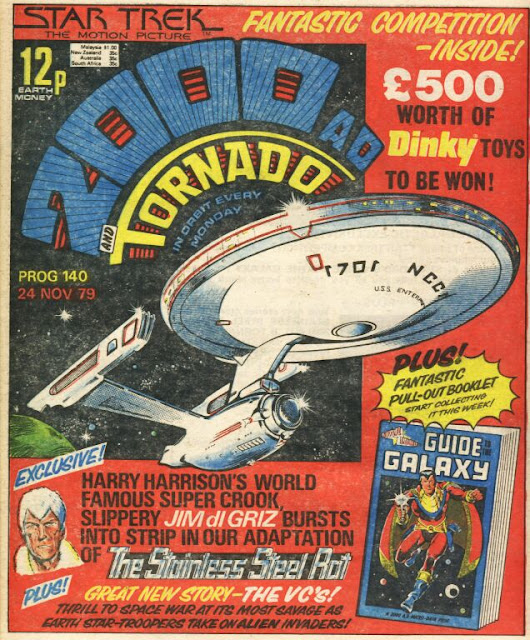 PROG 140
24 November 1979
STAR TREK THE MOTION PICTURE was released in British cinemas that Christmas.
Note STARLORD'S GUIDE TO THE GALAXY despite the fact that STARLORD itself had been dropped from the masthead in favour of new merger victim TORNADO. 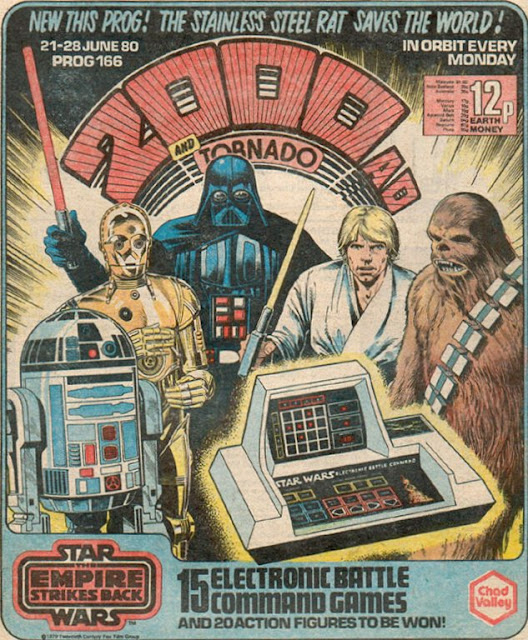 PROG 166
21 JUNE 1980
THE EMPIRE STRIKES BACK was released that summer (although none of the figures are from the Palitoy Empire range).
Chad Valley was a Palitoy-owned company until it was purchased by retailer Woolworths in 1988.
20 action figures!?!  Is that it?  Double-shame on Tharg. 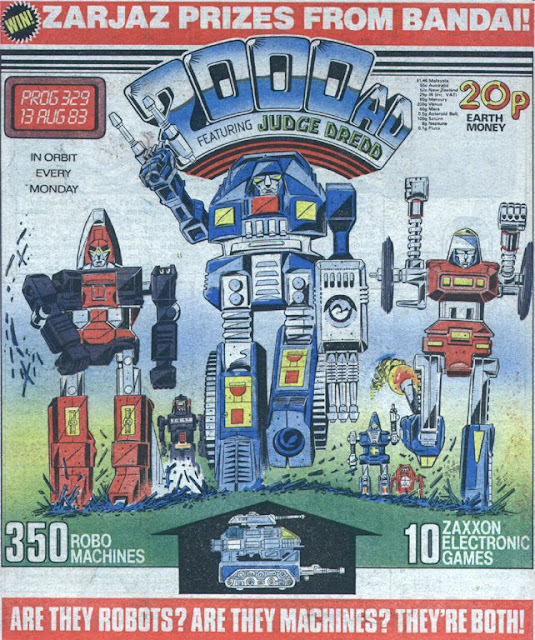 PROG 329
13 AUGUST 1983
Proof-positive that the ROBO MACHINES (aka GOBOTS) were the first giant transforming-robot invaders to reach British comics (Marvel's THE TRANSFORMERS arrived more than a year later), albeit only in a competition-promoting cover.  There actually was a regular Robo Machines comic strip, but that ran in fellow IPC weekly EAGLE (10 November 1984 - 29 July 1985).

Email ThisBlogThis!Share to TwitterShare to FacebookShare to Pinterest
Labels: 2000AD