The US magazine (not available in the UK, making this slice of Americana particularly rare) ran for 16 issues between (cover dates) October 1977 and January 1979.

Its fun to see what (and who) Marvel thought were hot: Shaun Cassidy clearly had fans in the Ballpen but issue 14's cover probably caused the circulation department headaches.  It's easy to speculate why Pizzazz closed a couple of issues later.

The SUPERMAN THE MOVIE cover is fun to see on a Marvel magazine, Marvel UK (largely out-of-sight, out-of-mind as far as the US management were concerned) pulled a similar trick with an issue of STARBURST MAGAZINE.

Pizzazz also included a regular STAR WARS strip each issue, one of the deadline-busting 'extra' strips also created to fill scheduling gaps in STAR WARS WEEKLY.  Pizzazz presented the strips in colour but the sudden cancellation of the magazine left the strip mid-story.  It was concluded in an early eighties paperback compilation. 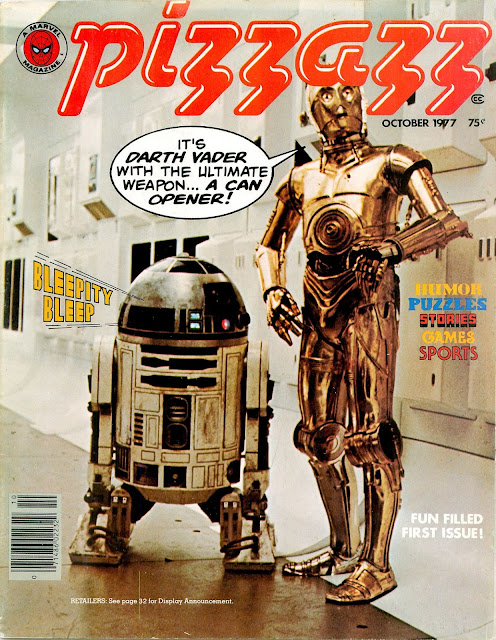 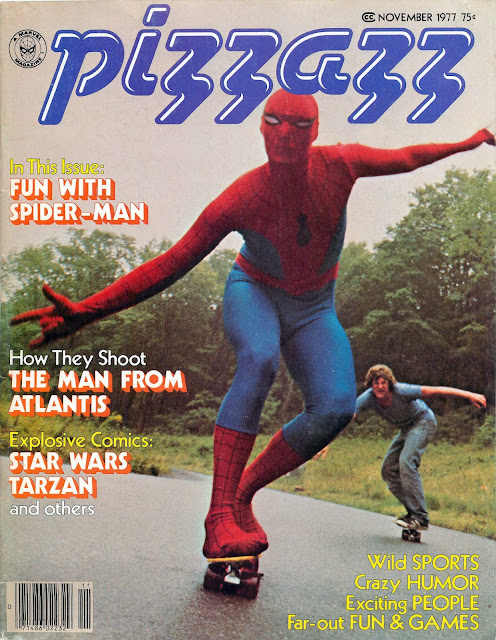 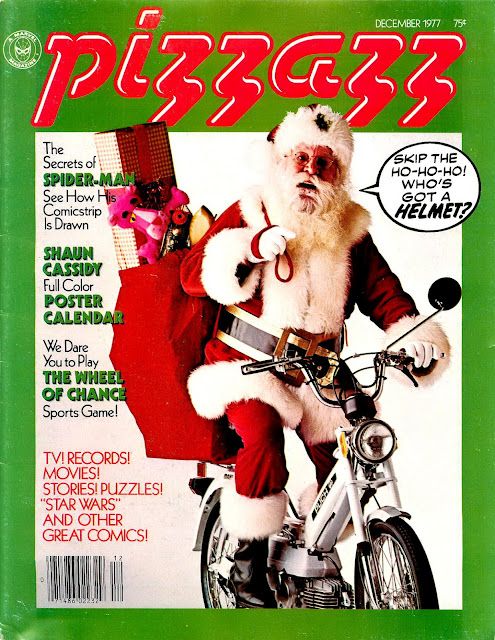 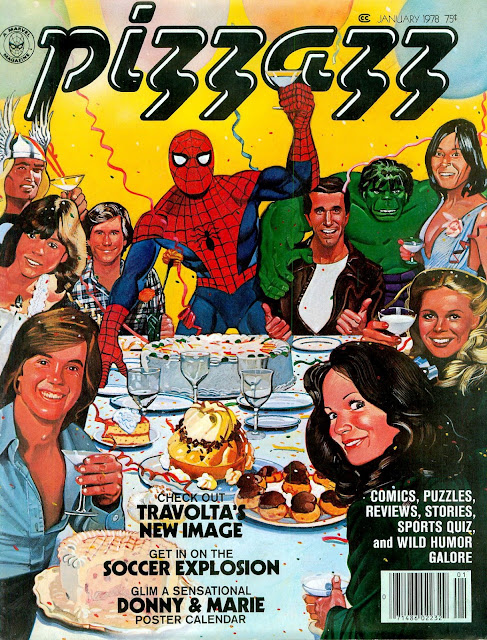 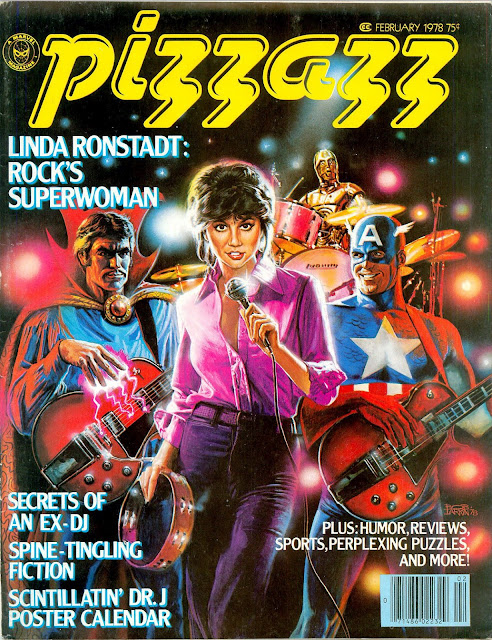 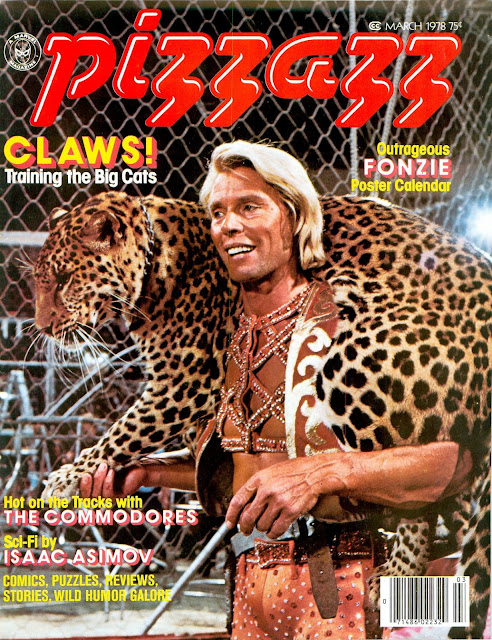 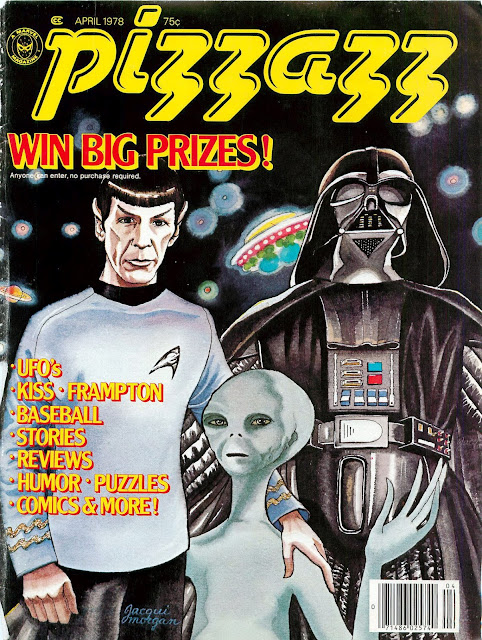 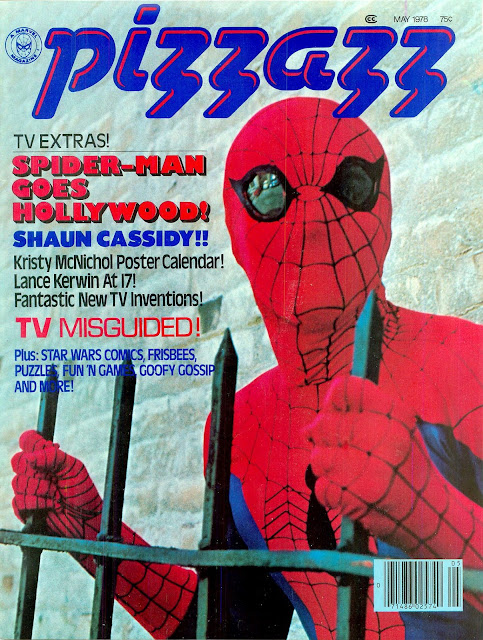 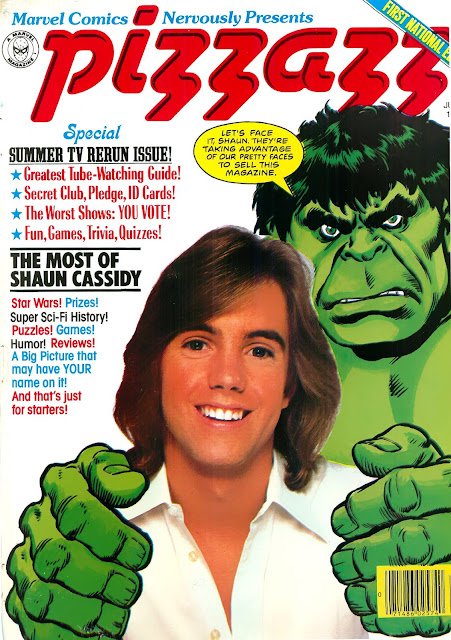 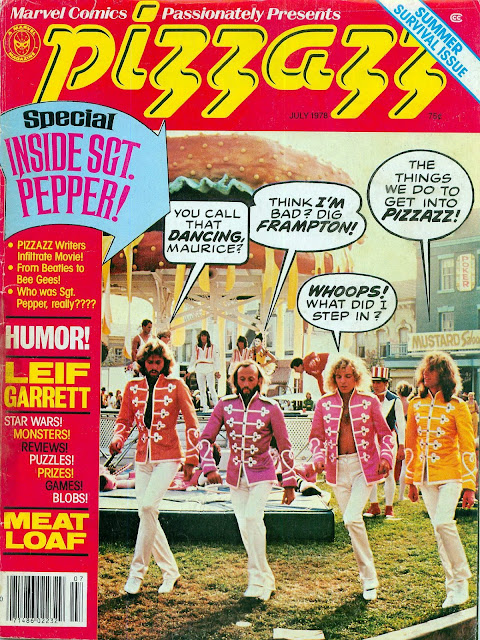 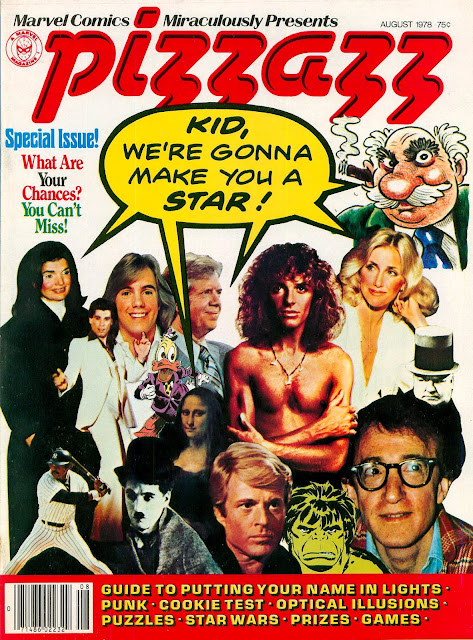 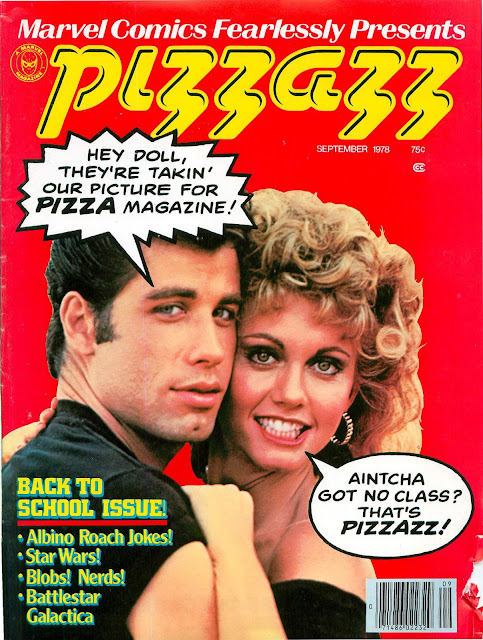 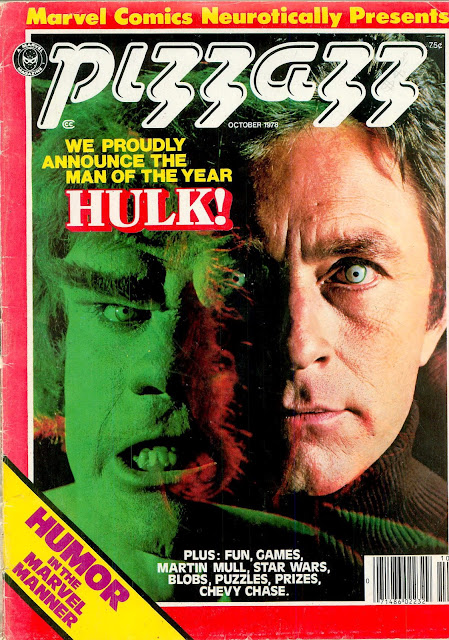 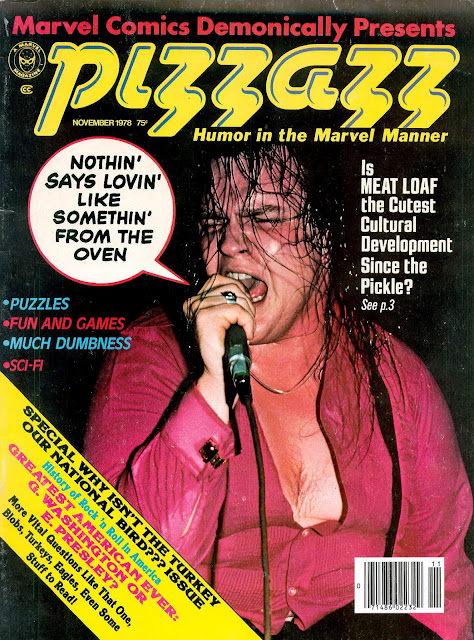 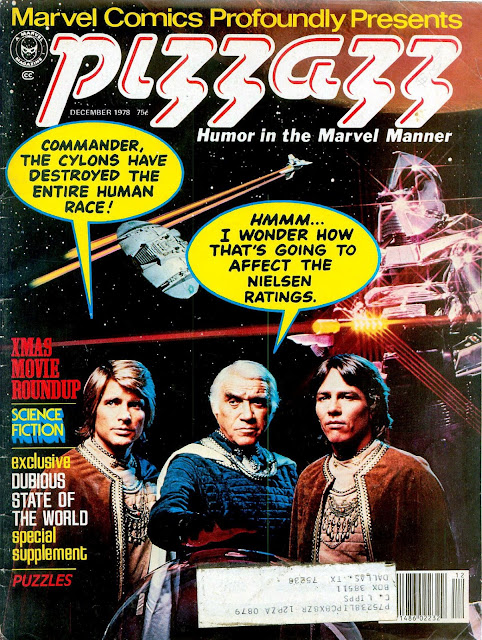 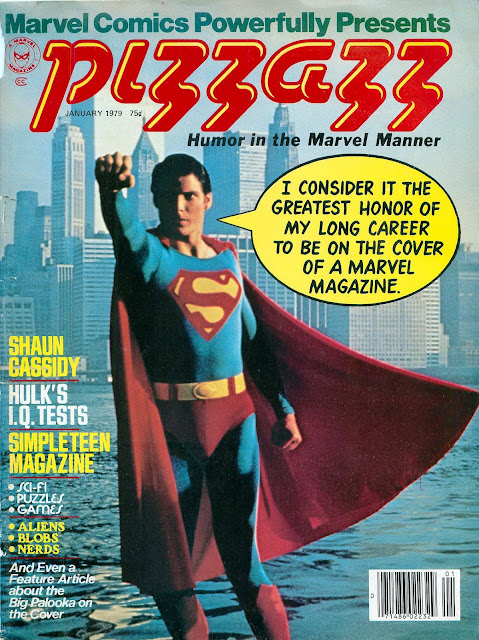