In the days before email, internet and social media... geeks had a different way of making contact with each other and their idols... the grandiosely titled THE OFFICIAL STARLOG COMMUNICATIONS HANDBOOK.

Published in late 1979, this early STARLOG MAGAZINE spin-off featured a selection of letters (many previously unpublished) to the magazine, contact details for various films, TV shows and studios, pages of pen pals and text features like 'Starting a fan club' and 'How to write an effective fan letter'.

The digest-sized one-shot (a second edition never appeared) was edited by David Hirsch with an introduction by STAR TREK uber-fan Bjo Trimble.

The tee that the cover-boy kid (looking wistfully into space and thinking about what messages of love and devotion he'll send to Shazam this time) is wearing was available to order within the very pages of the Handbook: $6.95 + $1.05 postage and handling*.  Stay sharp kid. 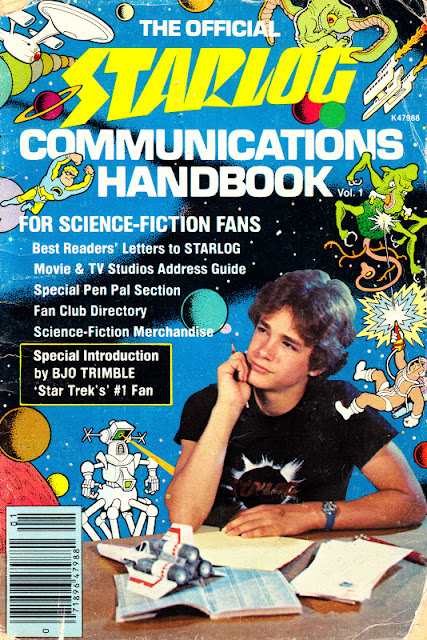 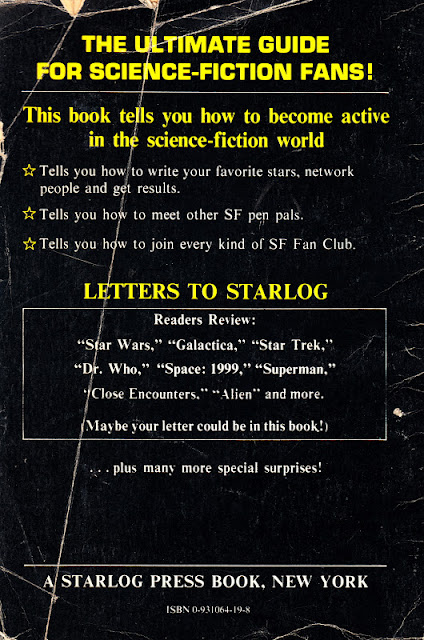