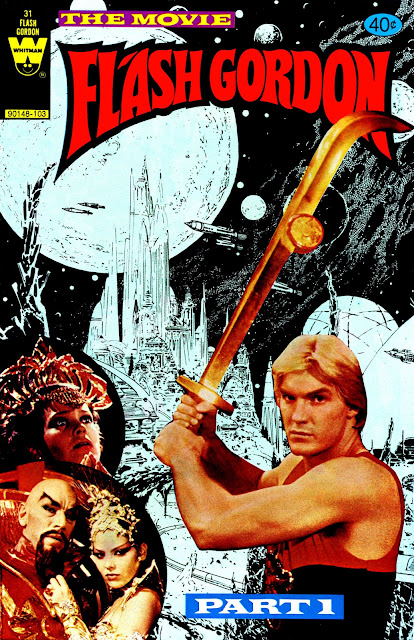 Here's some (frankly stunning) Al Williamson artwork from the 1980 adaptation, published by Whitman, of the FLASH GORDON movie (the greatest movie ever made?  Quite possibly). The adaptation was penned by Bruce Jones.

The strip ran across three issues (31-33) of Whitman's regular Flash comic and was also collected in book form.

Williamson was apparently unhappy with the movie's interpretation of the character as well as the number of changes during shooting and editing which impacted on his work.

The covers are - as you'll see -  a weird photo/ artwork hybrid.  Some have said that this was a result of disagreements over Williamson's portrayal of star Sam J. Jones (also of THE HIGHWAYMAN fame). I'm sure this is entirely possible but I also suspect that someone thought it would benefit both the movie and the comic to get some movie stills on the news stands of America.

I've included the climatic scene where Ming gets spiked because, for many years, ITV would schedule the movie in daytime slots and cut these essential shots to avoid scaring the kids.  That pruning somewhat undermined the ending of the movie.  Shame on ITV.

I was a big fan of the movie when it was originally released (and I've become a far greater fan in subsequent decades) and collected as much merchandise as I could get my young paws on (the sticker album, the non-movie continuity Flash novels with movie tie-in photo-covers and the Weetabix cards) but I don't ever recall seeing these comics.  Of course, US comics suffered from notoriously patchy distribution anyway (newsagents in seaside locations always seemed to be the best bit for the second - or lower - tier US publishers) but I don't think the book version (which I've never seen) reached these shores in any great numbers either.  A real shame as - frankly - this is beautiful stuff.

The strips have recently been reprinted - hurrah - as part of an ongoing reprint of the US comics - in a hefty (and pricy) book version.  A luxury purchase but - to be honest - one that was very easy to justify. 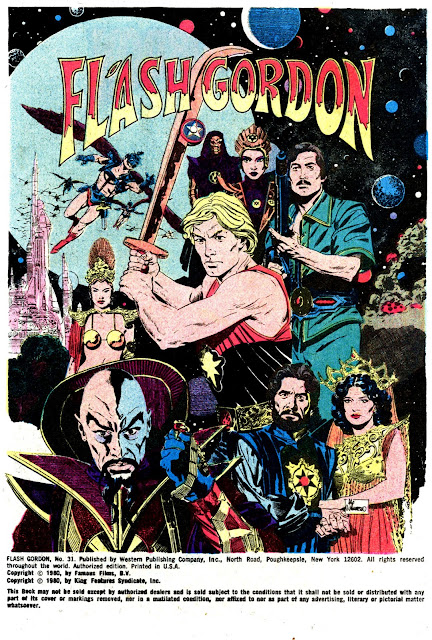 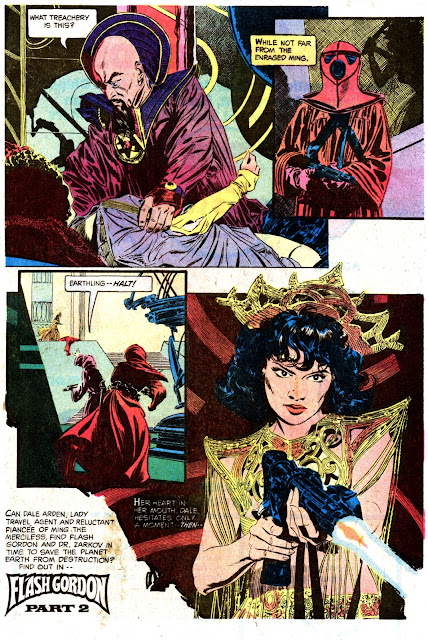 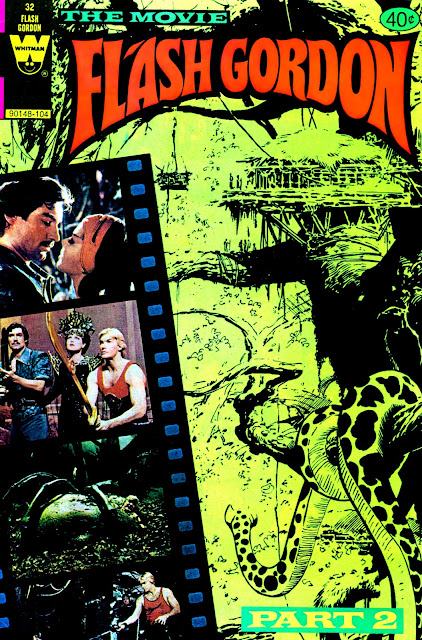 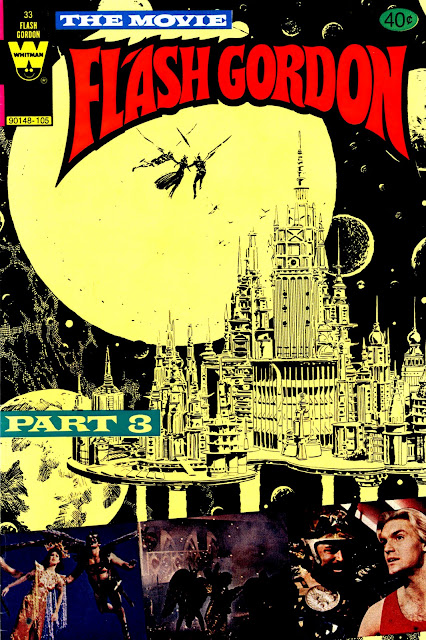 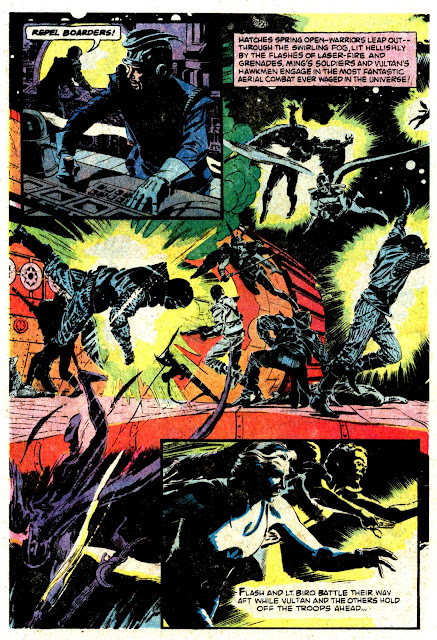 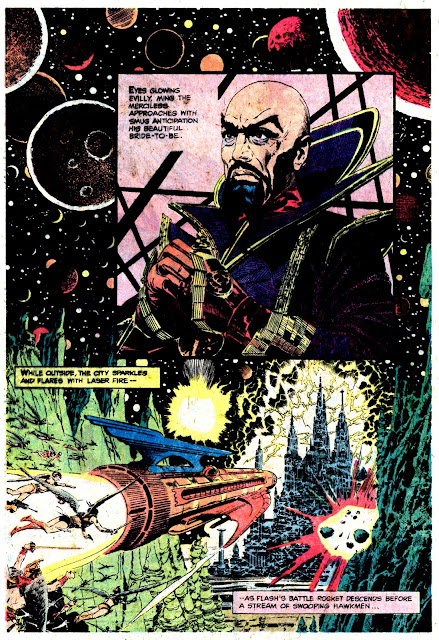 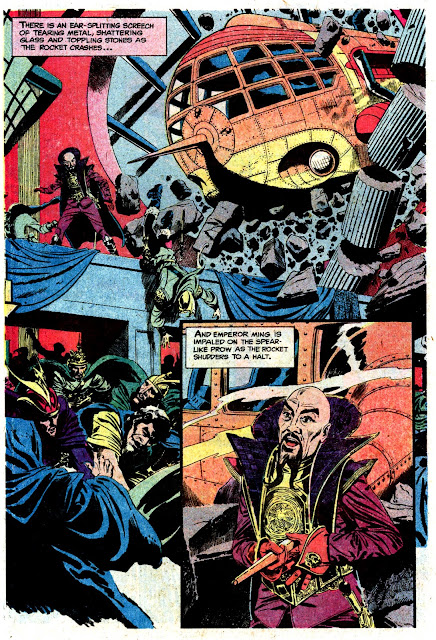