1975: ESCAPE FROM THE PLANET OF THE APES - THE MISSING SCENE

Here's a key missing scene from the Apes saga... courtesy of Marvel's Planet of the Apes comic.

Ever wondered how the time-bending Apes managed to purloin a crashed (or sunk) space craft and pilot it back through time to 1970s California?

Issue 50 of POTA weekly (reprinting US POTA Magazine 12) kicked-off Marvel's adaptation of ESCAPE FROM THE PLANET OF THE APES with a sequence planned (and, possibly, shot) for the third movie but ultimately abandoned in favour of beginning the film with the craft's splash-down and - shock! horror! - the revelation that the apes had taken to the air.

Famously Doug Moench, with no easy access to the films, worked from scripts, supplied by the studio, which didn't always match the final edits.  Was this the case this time or did Marvel, conscious of the need to keep the weekly supplied with new material, opt to add a few extra scenes by way of a prologue?

There's no credits on this chapter so, for the record:
WRITER: Doug Moench
ART:  Tom Sutton
COVER (from the US edition): Ken Barr 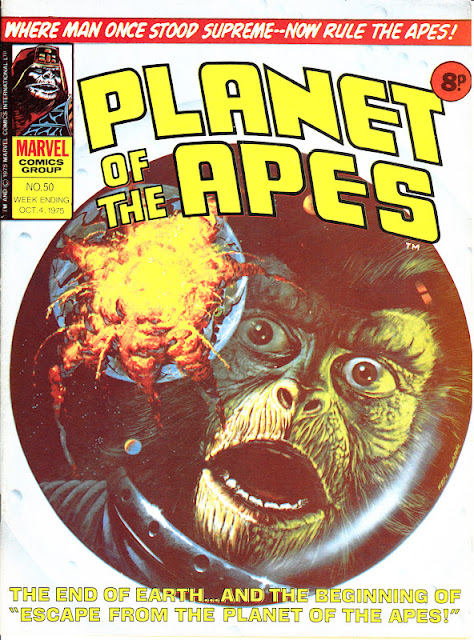 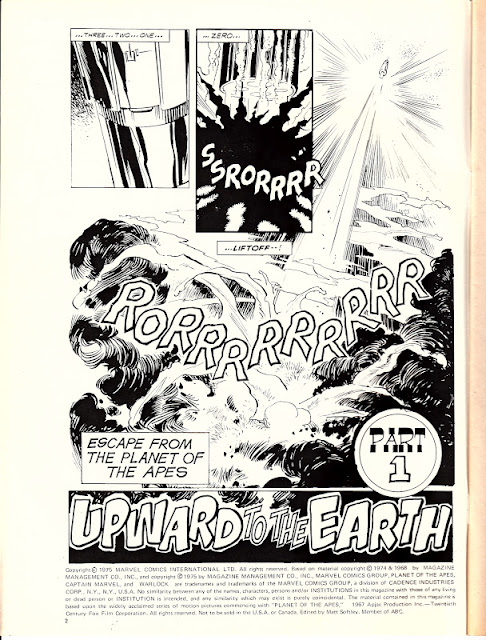 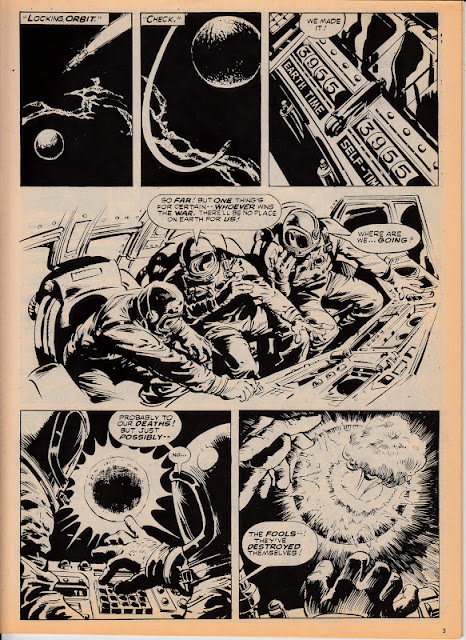 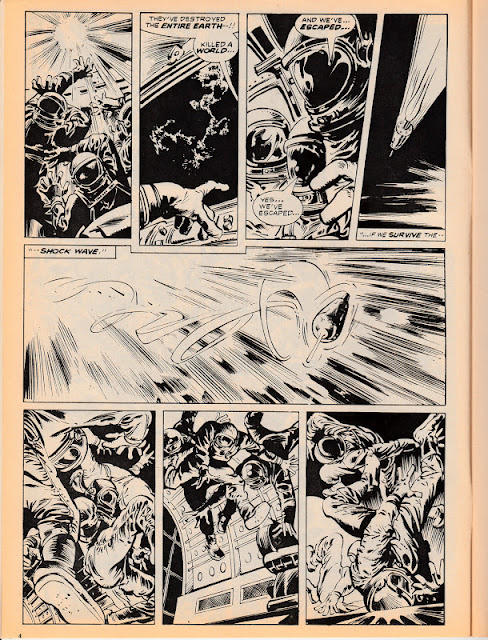 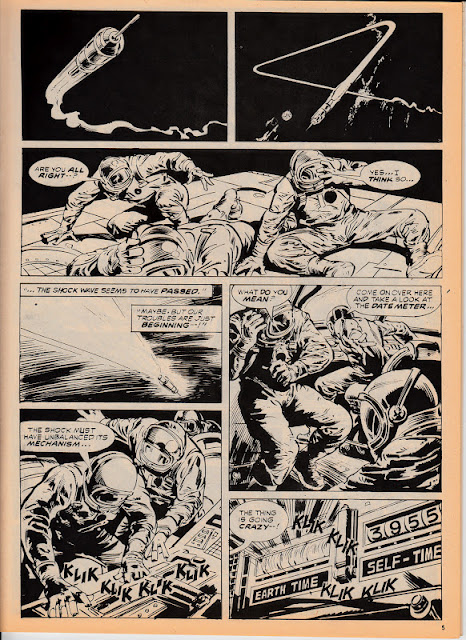 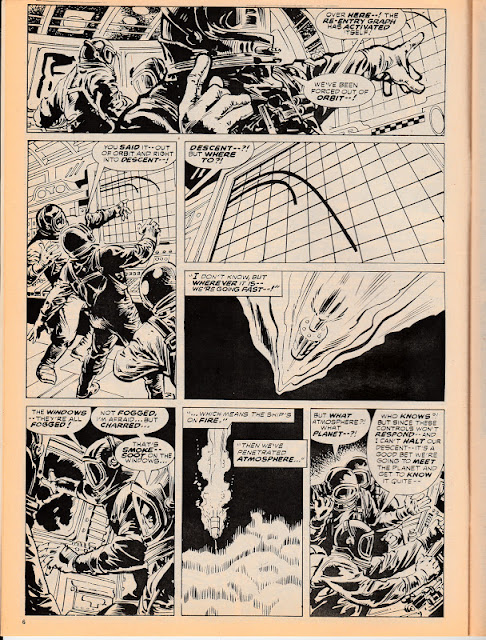 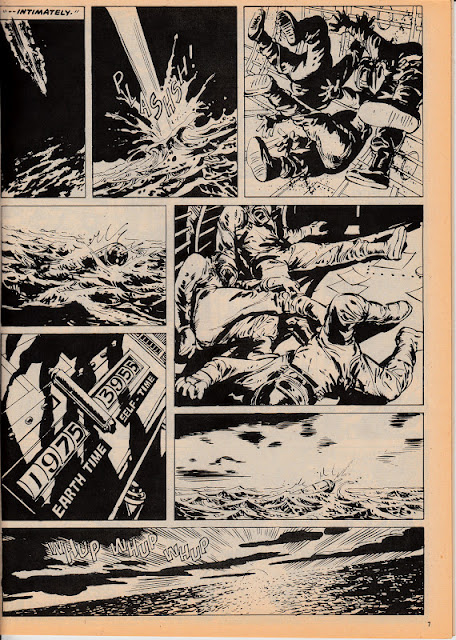 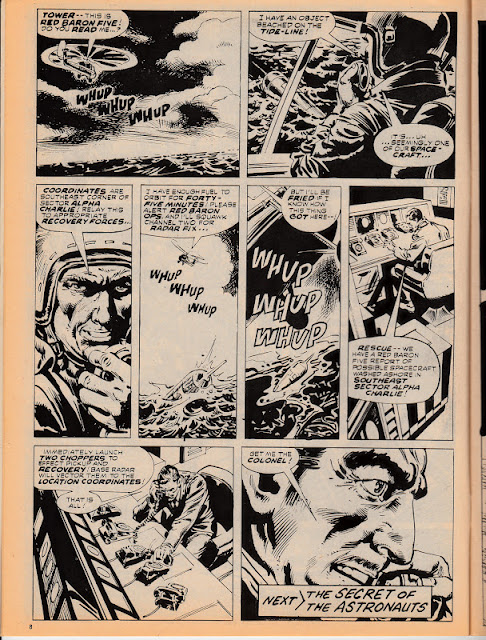 Email ThisBlogThis!Share to TwitterShare to FacebookShare to Pinterest
Labels: 1975, MARVEL UK, PLANET OF THE APES