After spending the late seventies in post-cancellation purgatory and the early eighties dodging closure (and the accountant's axe) by jumping from one ailing Marvel monthly to another, it finally looked like CB had found a permanent home in December 1984 (with a January 85 cover date) and the launch of his own monthly.

Inevitably, it was not to be and fourteen months later he was officially homeless.  For a while.  But what a ride.

-  Since the cancellation of his own weekly, CB had appeared in SUPER SPIDER-MAN AND CAPTAIN BRITAIN, HULK COMIC (as a supporting character in the Black Knight strip), two all-reprint specials, MARVEL SUPERHEROES (with a new costume and, for the first time, a British creative team), THE DAREDEVILS and (the revived) THE MIGHTY WORLD OF MARVEL.

-  CB's monthly was an all-British affair, a mixture of new strips and reprints (initially Night Raven and Abslom Daak) from the Marvel UK archive.  However, in-house dummy editions featured a different line-up: alongside the new main strip, M-UK had planned to reprint John Bryne's Alpha Flight (which eventually appeared in MARVEL SUPER HEROES SECRET WARS) and the cross-company X-MEN/ TEEN TITANS team-up (which didn't make it across the Atlantic).

-  At first glance, CB monthly offered a less value-for-money package compared with its contemporaries.  It boasted an overall reduced page-count and no colour interiors.  INDIANA JONES (with no origination costs), in comparison, had more pages and more colour.

- The only free gift was (M-UK favourite) a giant poster in issue 11.  If it was intended to boost sales, it didn't work.

-  After cancellation, and a brief period in limbo, CB moved across to Marvel USA and became a founding member of the UK-based mutant team EXCALIBUR (by ex-Cap creators Claremont and Davis).  M-UK reclaimed him for a supporting role in KNIGHTS OF PENDRAGON but, perhaps surprisingly, didn't make him a key part of the early-ninties expansion into North America.  After the wholesale annihilation of the US-line (axed during the industry recession which followed the unsustainable boom years), M-UK Editor-in-Chief Paul Neary hatched plans to relaunch CB as a US-format limited series but the plans, and Neary, were canned when Panini took over responsibility for the British subsidery. 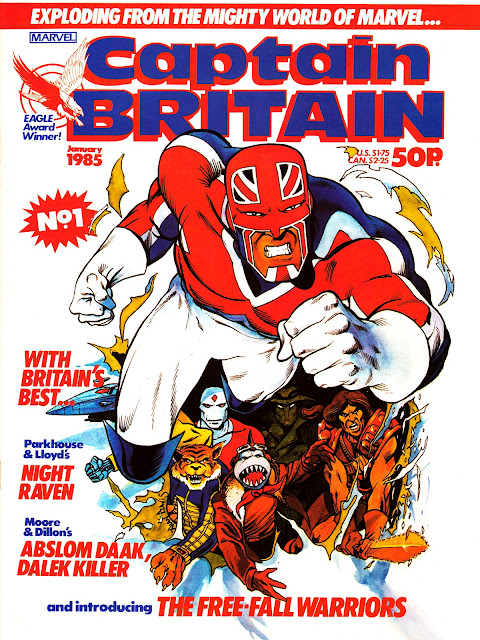 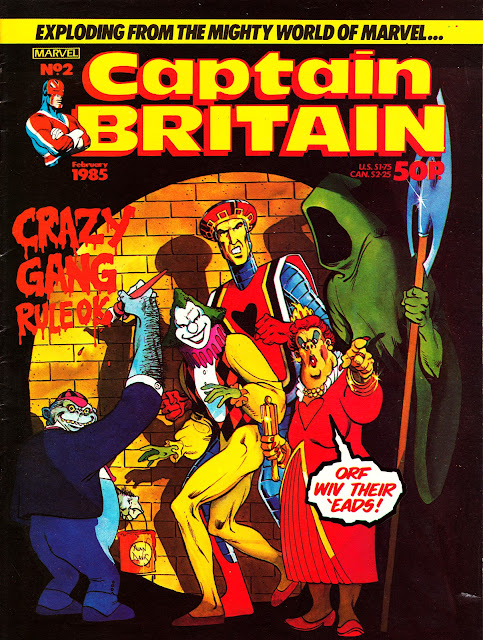 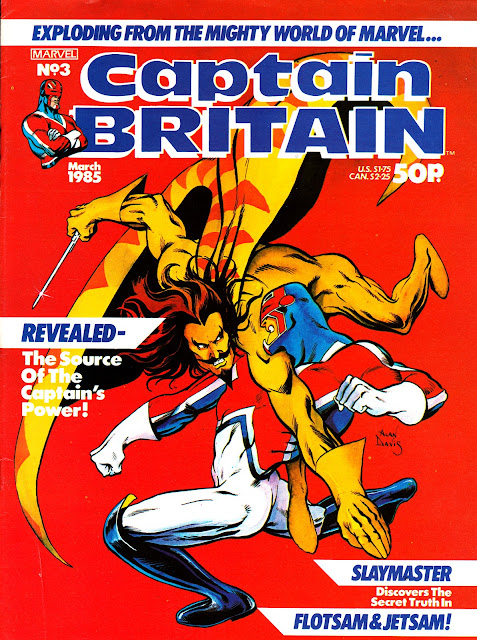 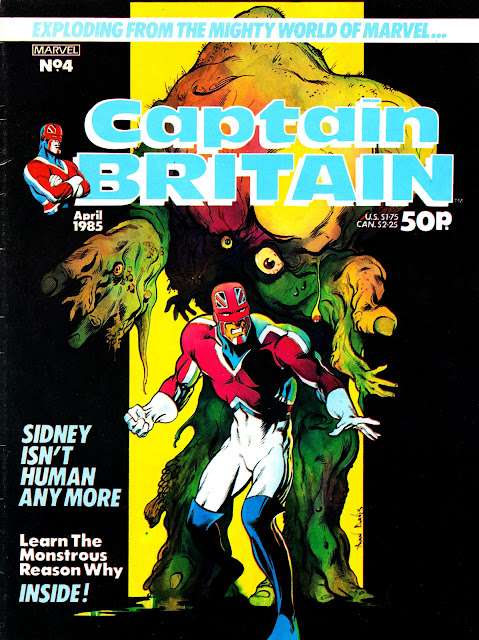 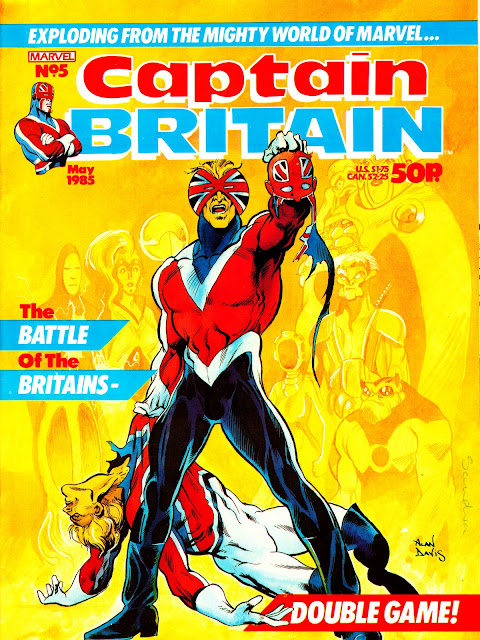 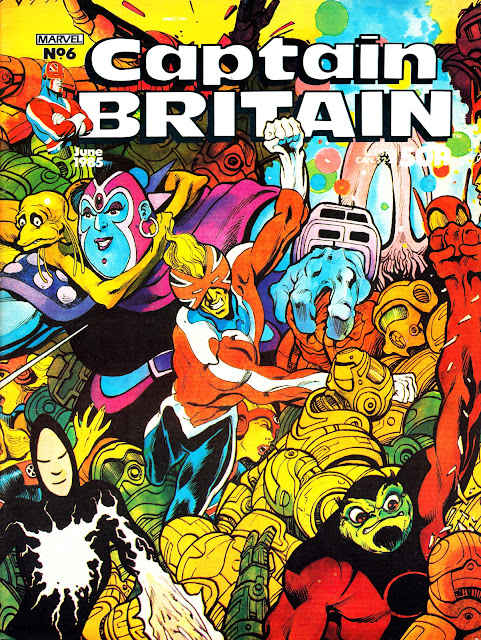 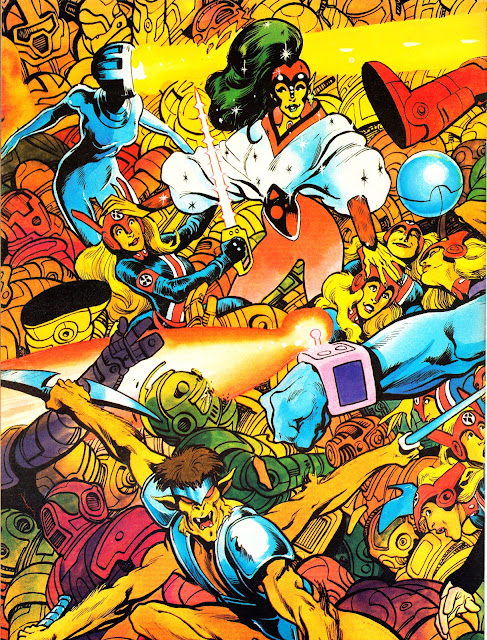 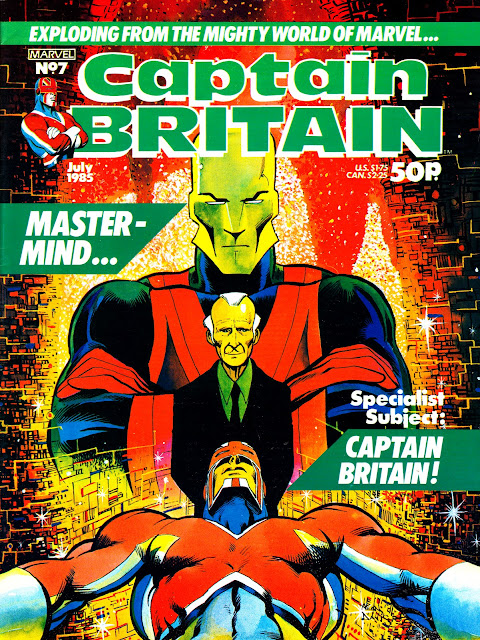 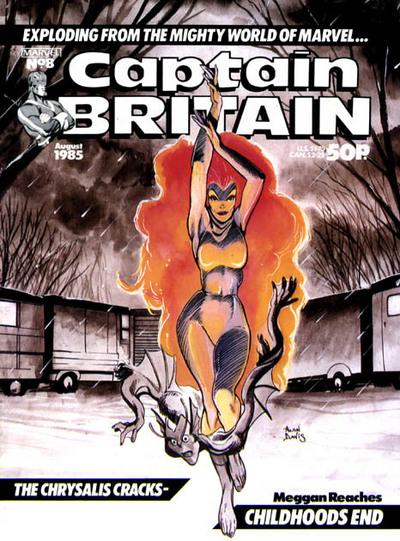 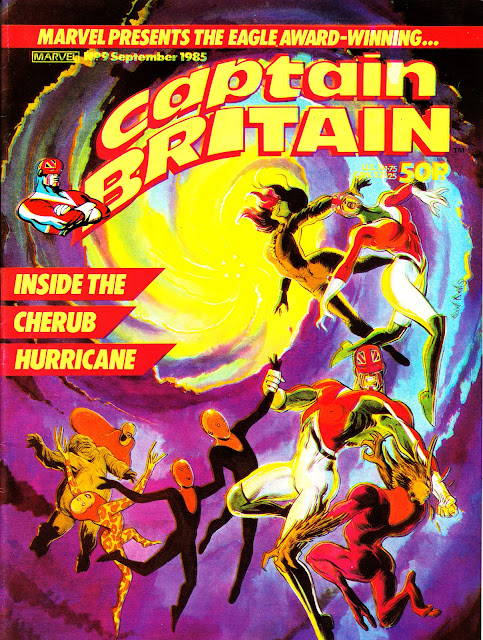 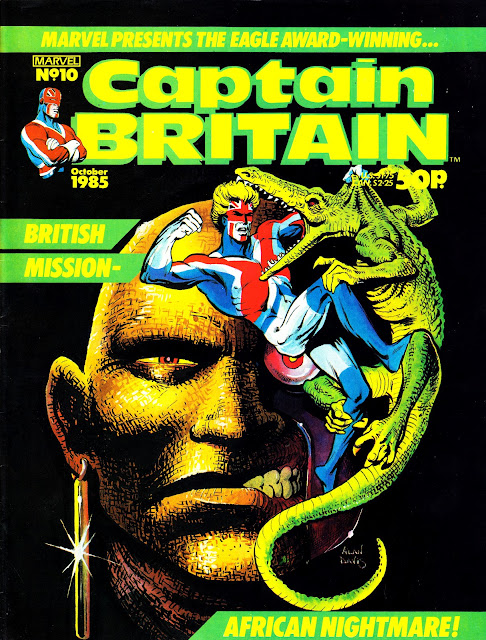 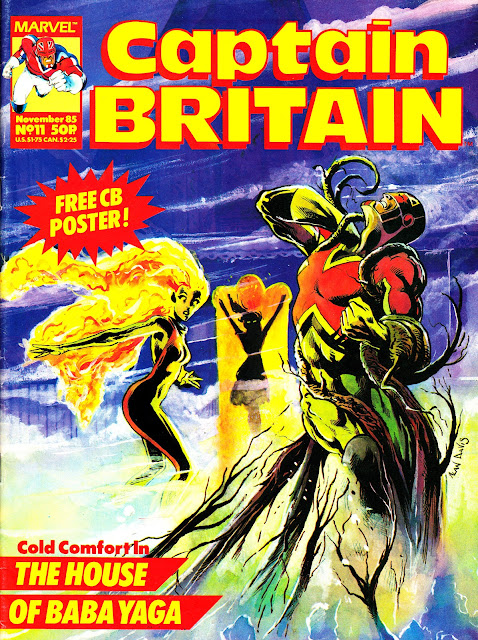 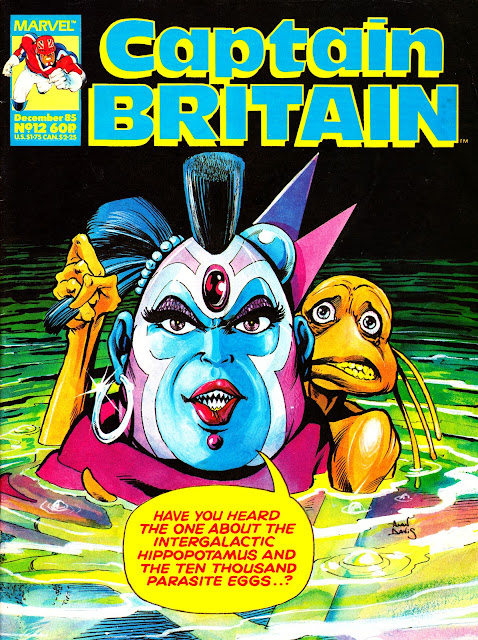 Price rises to 60p per issue. 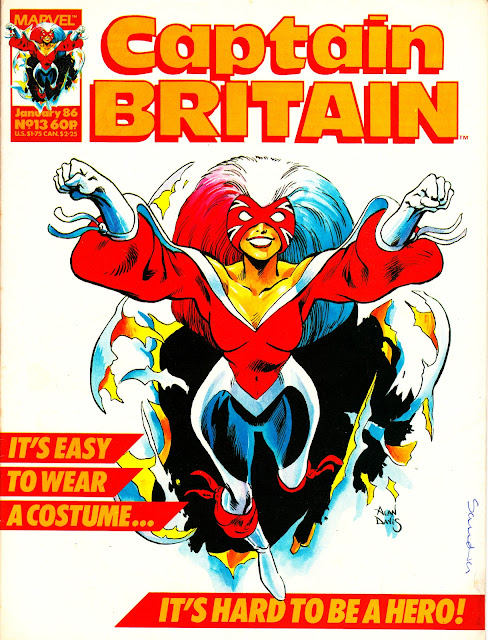 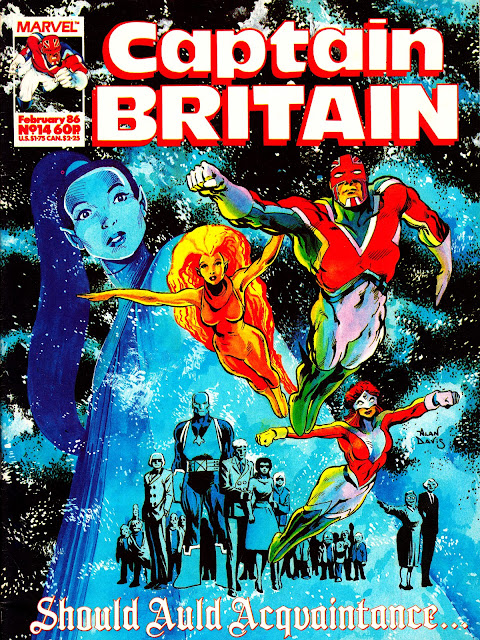 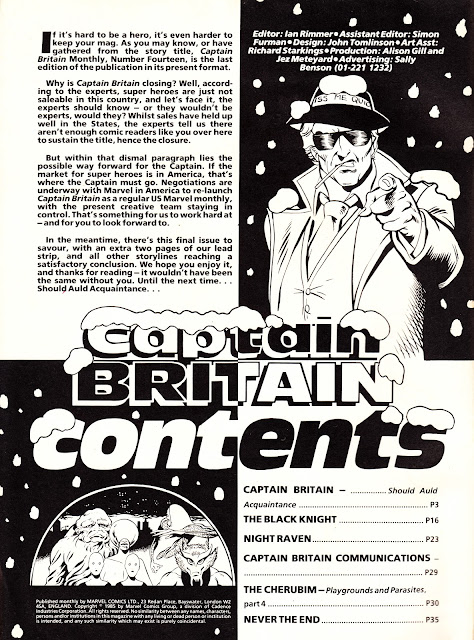 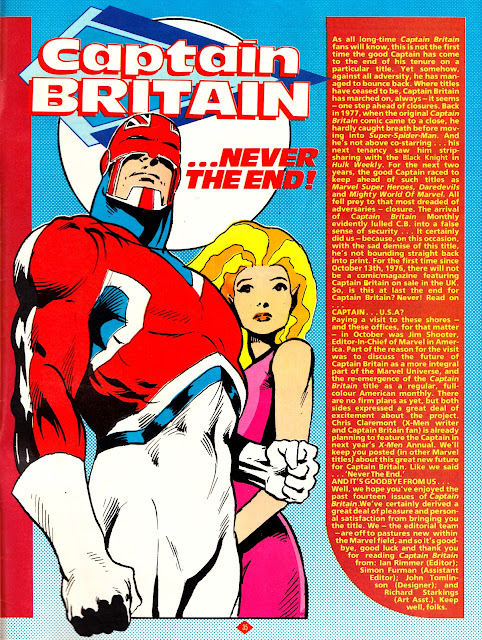