SLOW-ROBOT TIMEWARP: THAT WAS THE WEEK THAT WAS 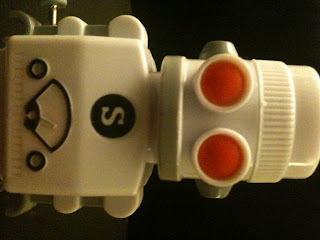 We've been back to the future to uncover the explosive missing scene from the beginning of ESCAPE FROM THE PLANET OF THE APES. HERE

Reviewed the short-lived weekly THE INCREDIBLE HULK PRESENTS from 1989.  HERE

Discovered the Visitors are NOT our friends in our detailed episode guide to V: THE SERIES episodes 1 and 2 PLUS the V: THE SERIES DRINKING GAME.

Email ThisBlogThis!Share to TwitterShare to FacebookShare to Pinterest
Labels: THE WEEK ON SLOW-ROBOT