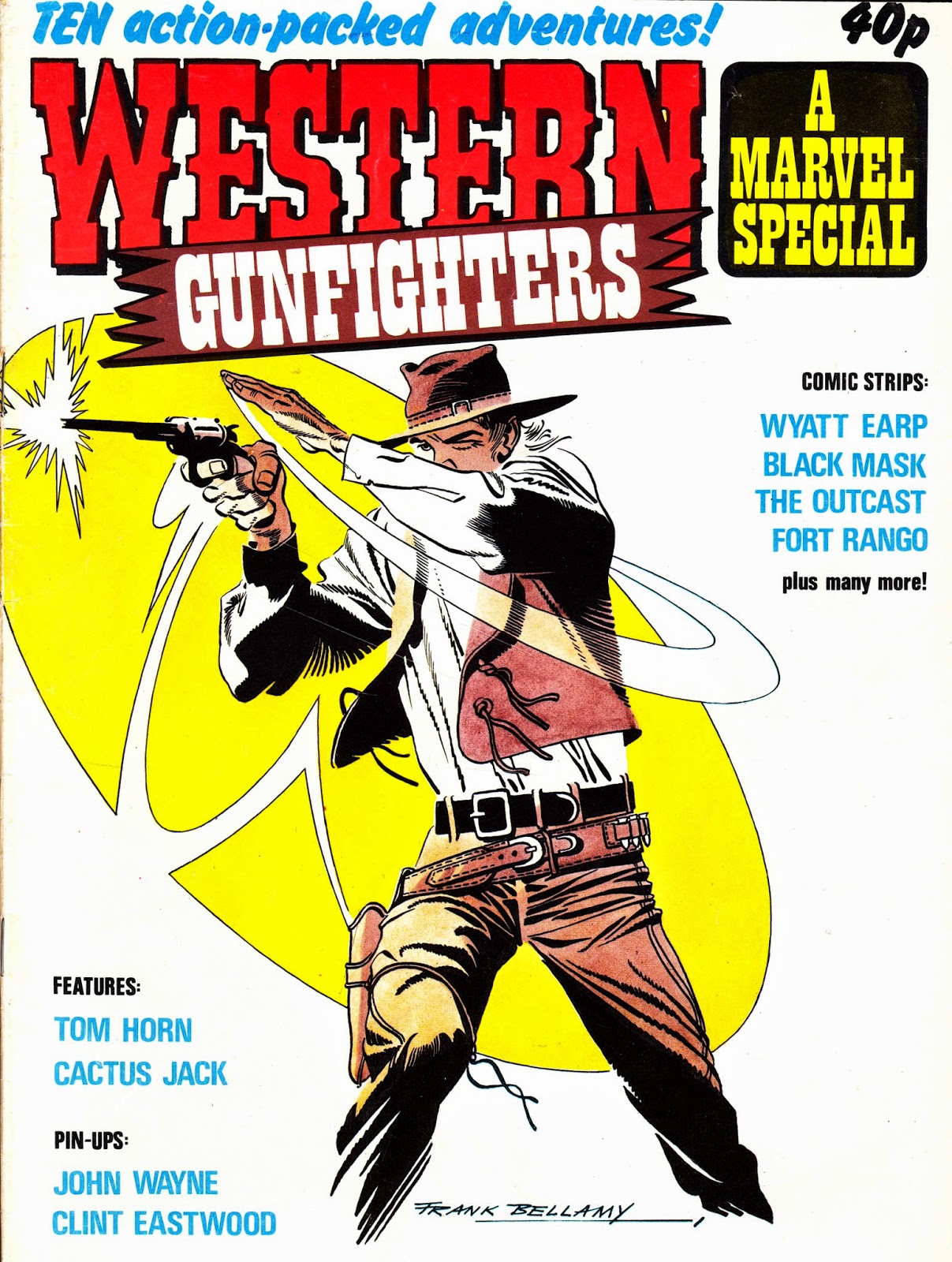 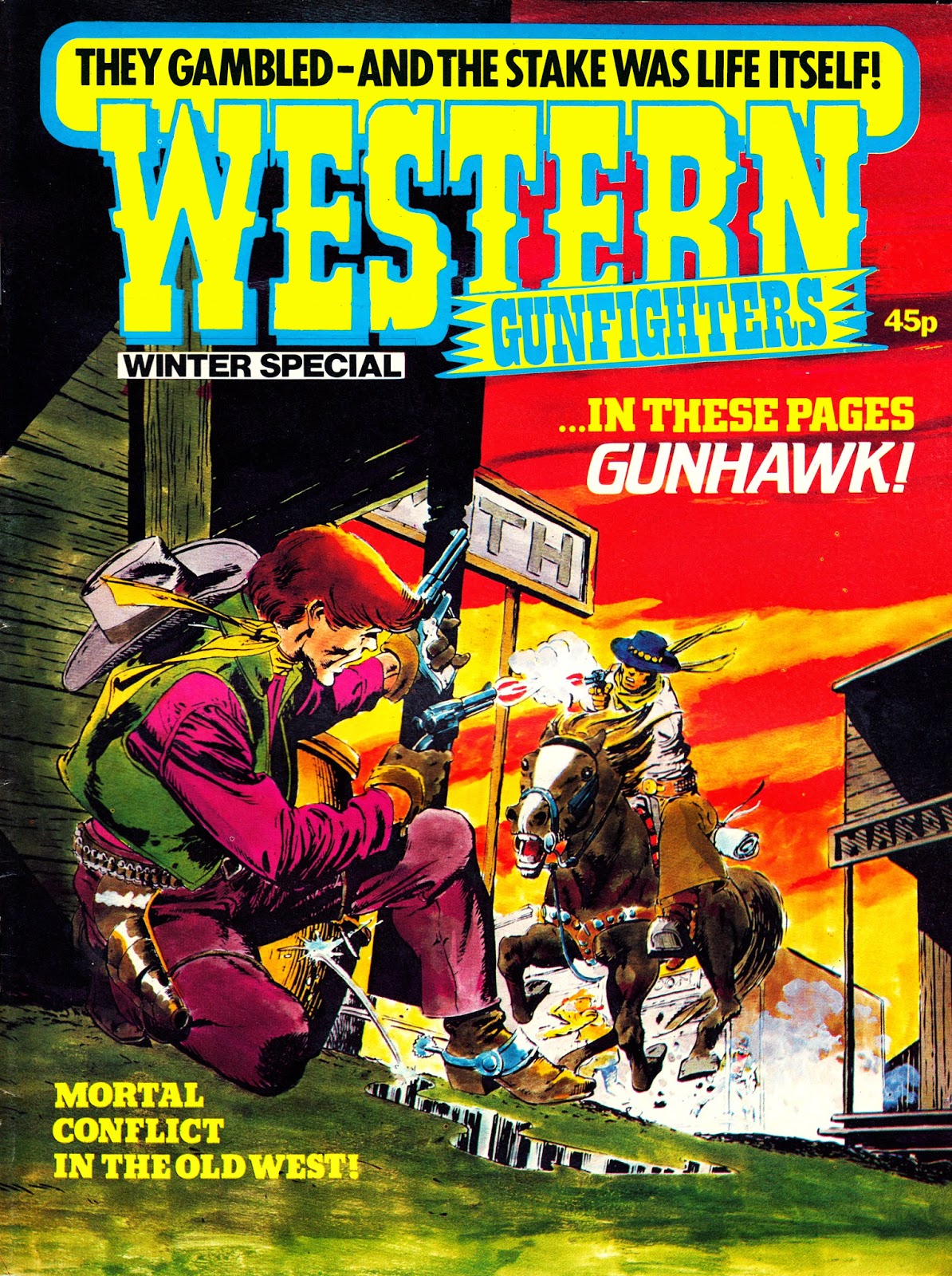 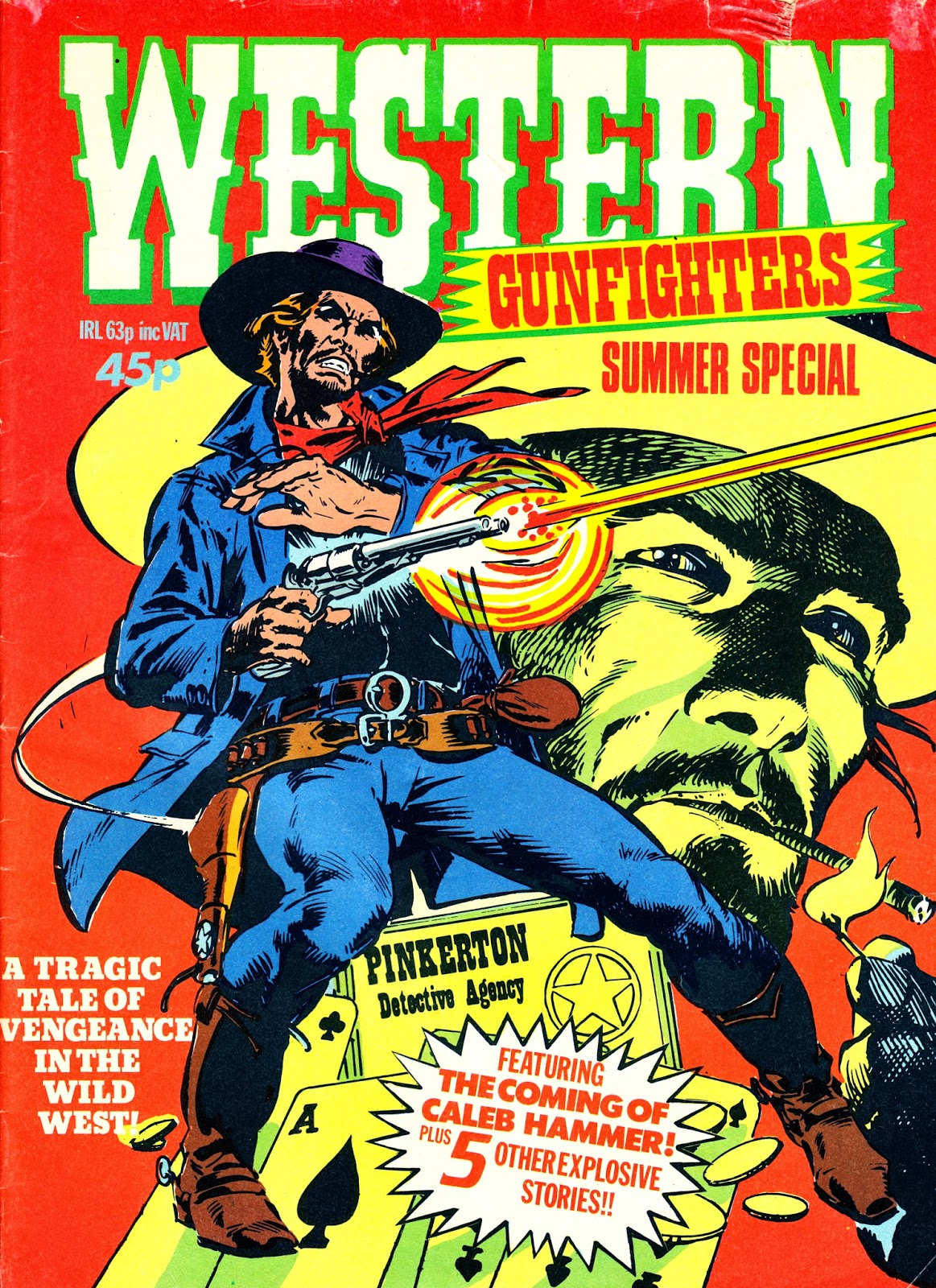 Science Fiction was still the hot property in the playground during 1980 and 1981 (fuelled by the release of ESB, MISSION GALACTICA and the belated TV debuts of Battlestar and Buck Rogers), so it's slightly odd that the British Bullpen were so convinced that kids really wanted to read about cowboys.

MARVEL UK even announced a monthly WESTERN GUNFIGHTERS title in 1981… although it never actually launched and the project was quietly dropped.
Posted by SLOW ROBOT at 07:14