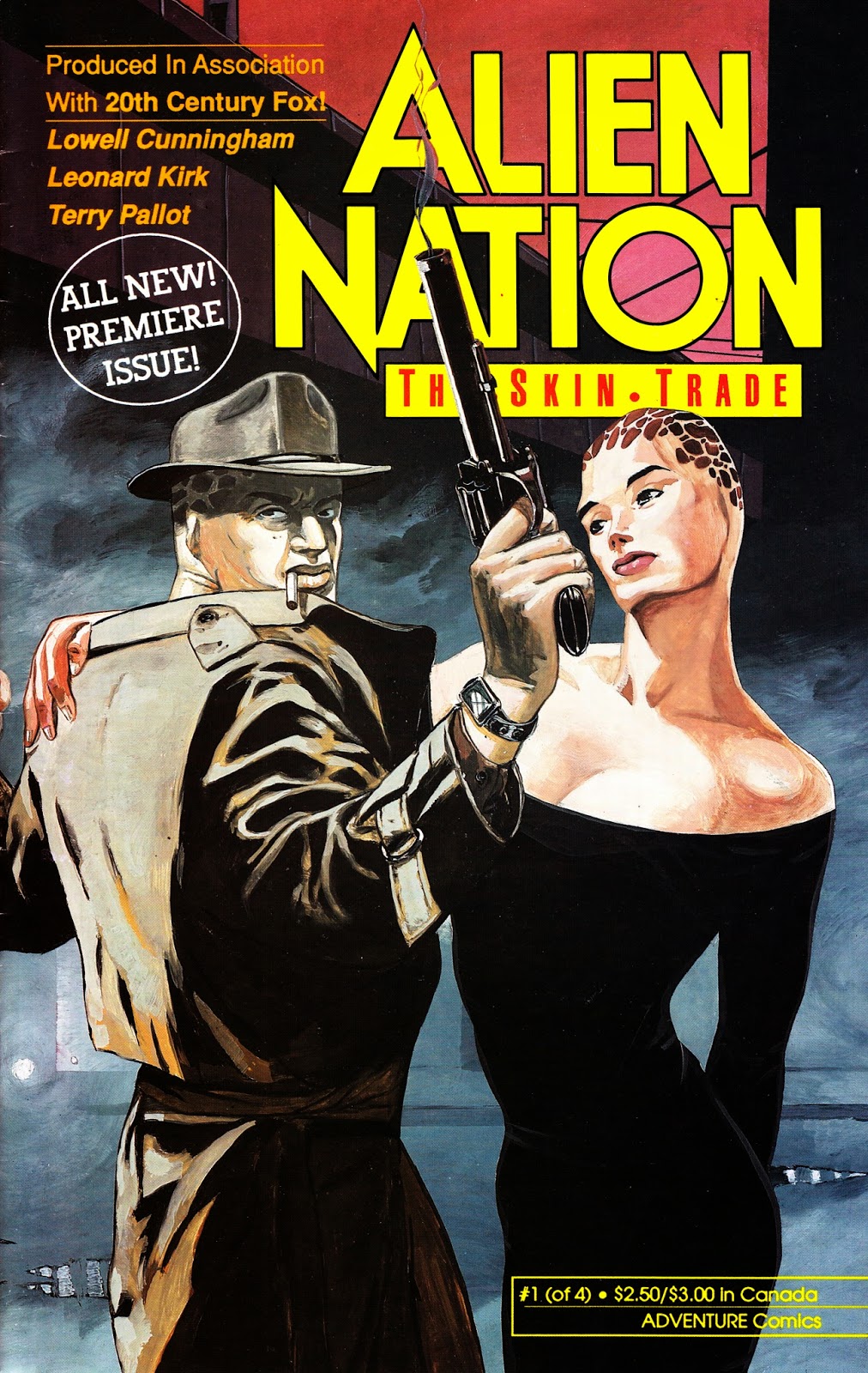 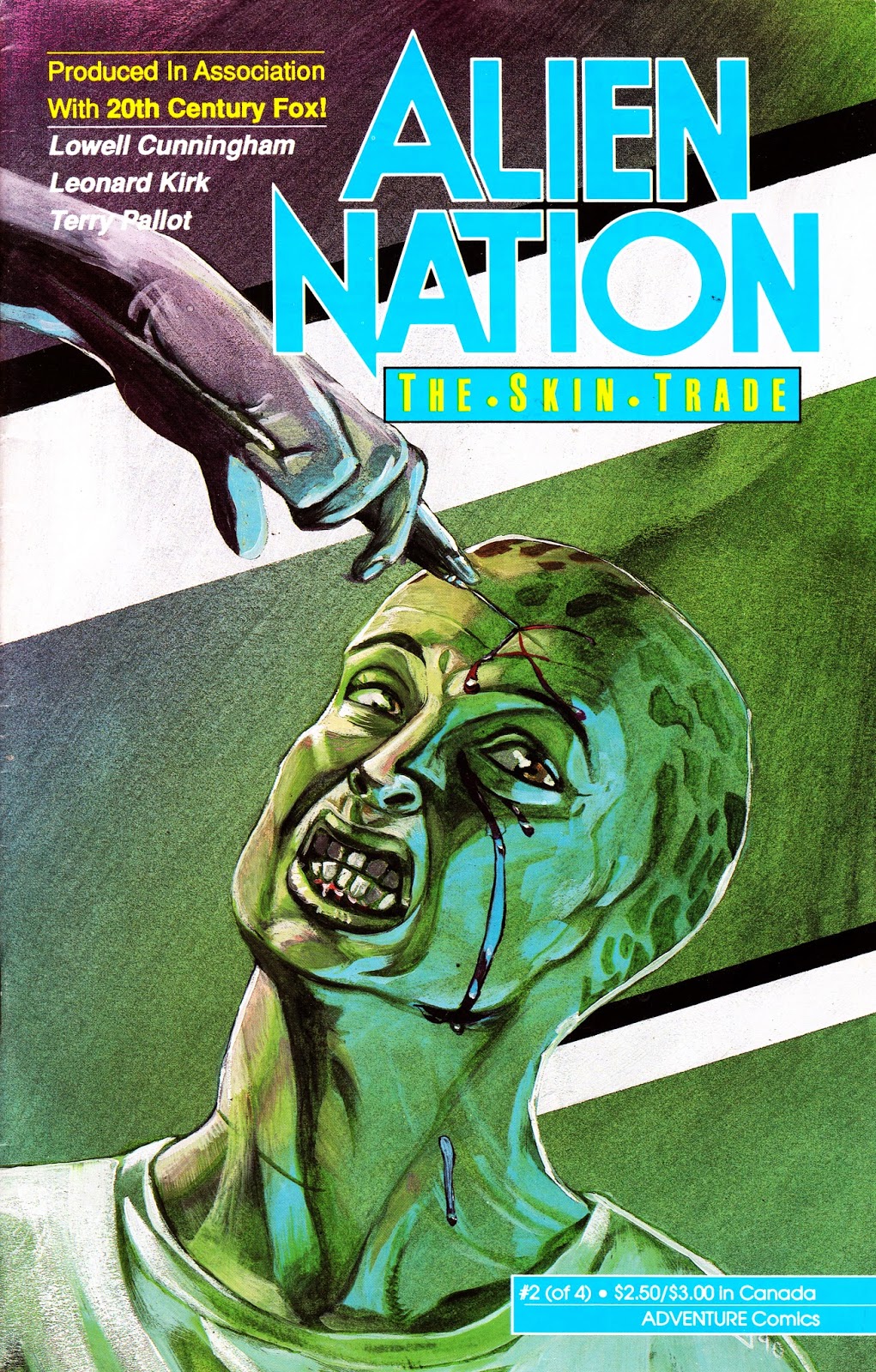 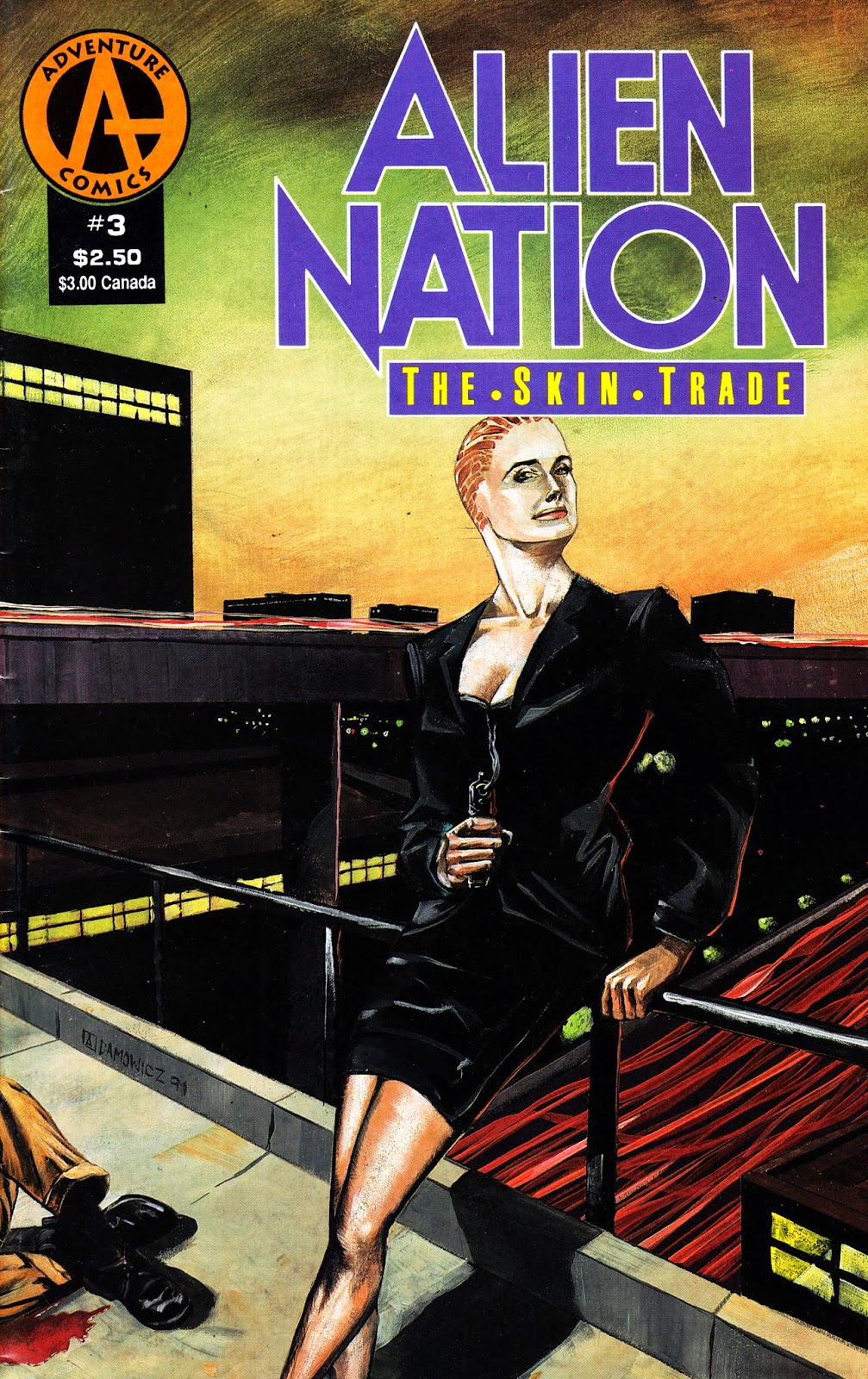 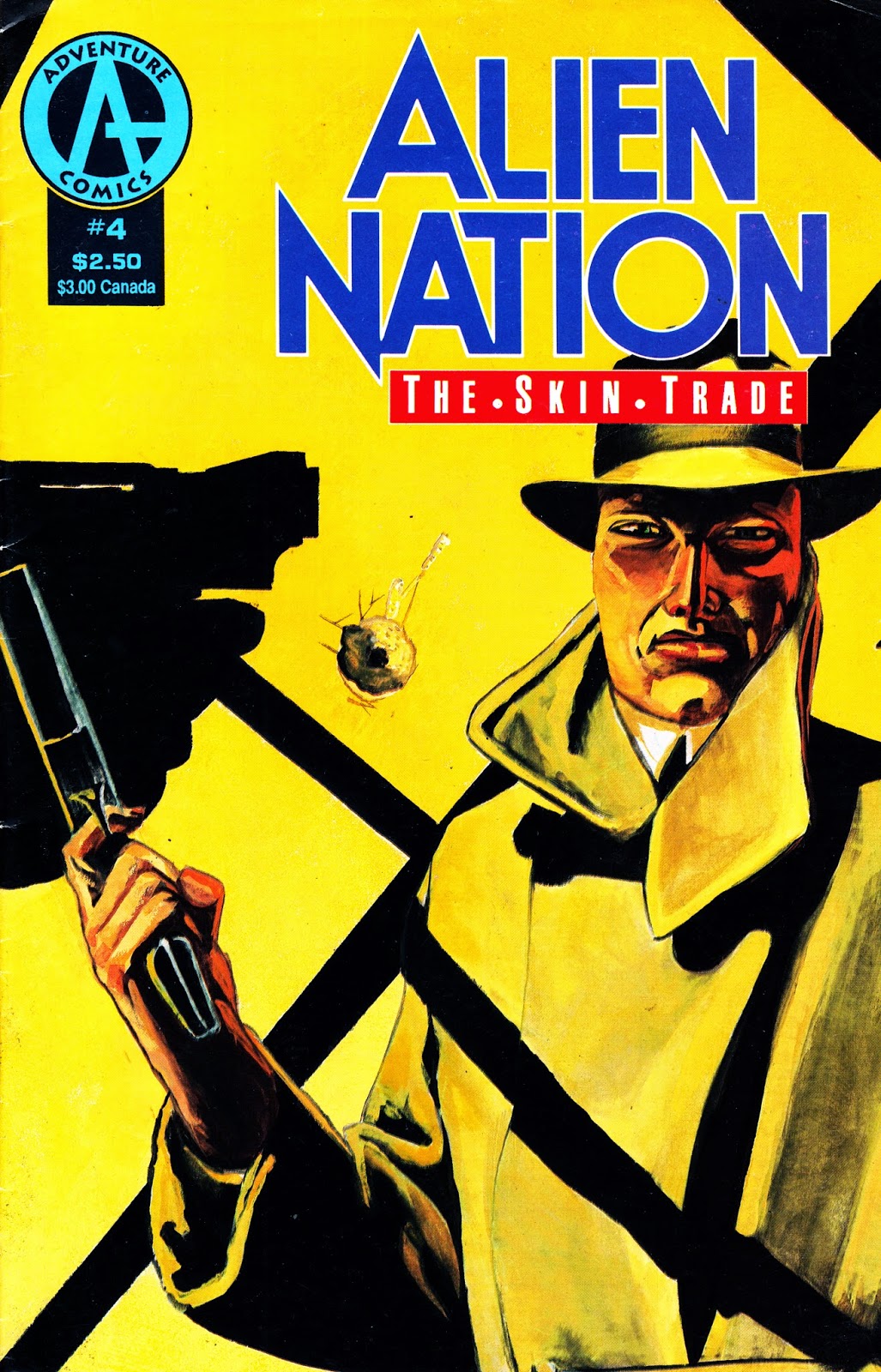 ALIEN NATION: THE SKIN TRADE (cover-dated between March and June 1991) was the third of Adventure Comic's ALIEN NATION limited series, based on the 1988 movie and the 1989-90 TV series.

Published in black & white, it borrowed the premise (a ship of alien slaves crashes in the desert outside Los Angeles and, upon release, the 'Newcomers' must integrate into a society they find equally alien) from the screen incarnations but none of the characters, giving the creative teams free reign to explore new ideas without (necessarily) having to frame them in a police procedural plot device.

The first four-parter was THE SPARTANS followed by A BREED APART (neither of which I have to hand to scan).
Posted by SLOW ROBOT at 07:30