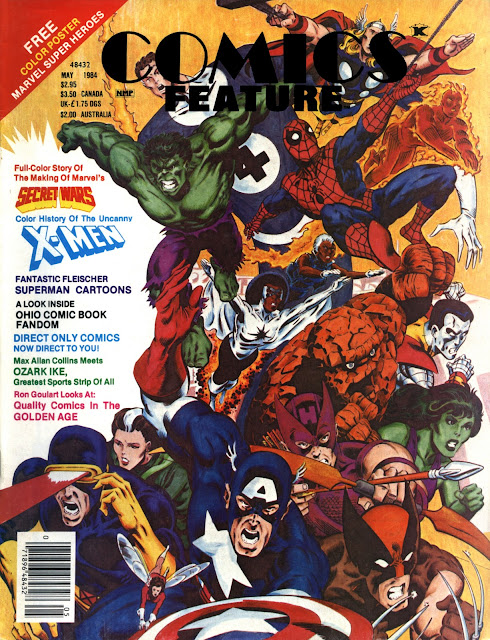 
At the end of 2011, Marvel issued (yet another) collected edition of MARVEL SUPERHERO SECRET WARS (written by Marvel's Editor-in-Chief Jim Shooter with art, mostly, by Mike Zeck).  As with the previous trade paperbacks, it collects the full 12-issue limited series.  This version also includes more detailed accounts of how the various participants gathered at the Beyonder's Central Park 'fly trap' and several text features.

The best of these extras is a detailed article on the Mattel Secret Wars action figure line, the licensing deal that kick-started the comic book.  Briefly: Mattel's arch-rival Kenner signed a deal with DC Comics (whose characters had a far higher mainstream profile, thanks to movies and TV) to create the (superior) SUPER POWERS COLLECTION and Mattel, fearing that it was missing the next best thing, turned up at Marvel's Park Avenue South door.  Unfortunately, Mattel's efforts were so poor that failure was assured from the start and the toy line shuttered after two releases (with the final figures dumped onto the European market... to the benefit of local collectors).

The new edition also reprints the (familiar... yet different) cover and article from MARVEL AGE MAGAZINE 12 (March 1984).  But, there was a lot of other interviews and coverage in the fan press at the time... and Slow Robot has it!

Marvel also (finally) released Shooter's shoddy sequel SECRET WARS II (albeit the core 9-issue limited series and none of the boggling number of official and unofficial tie-ins) in an affordable trade paperback format (the full saga is available in a hefty shelf-busting hardback volume).  Which gives Slow Robot an excuse to run some SW II material in future too! 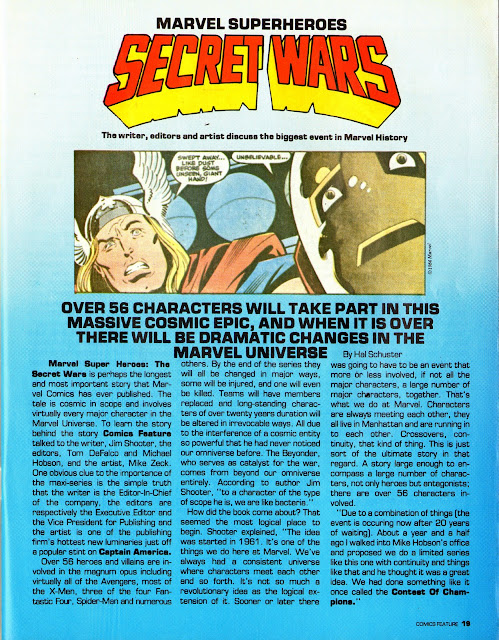 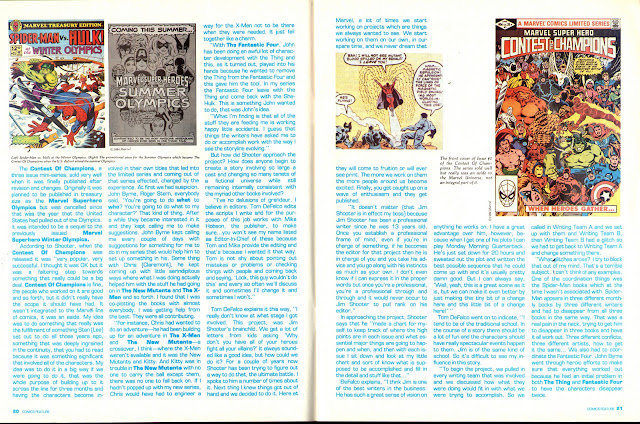 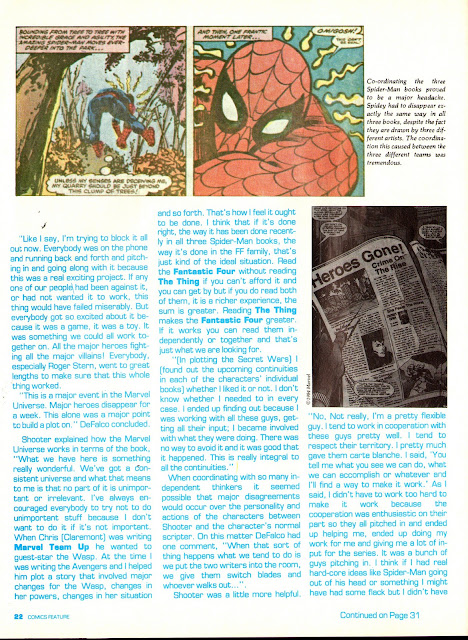 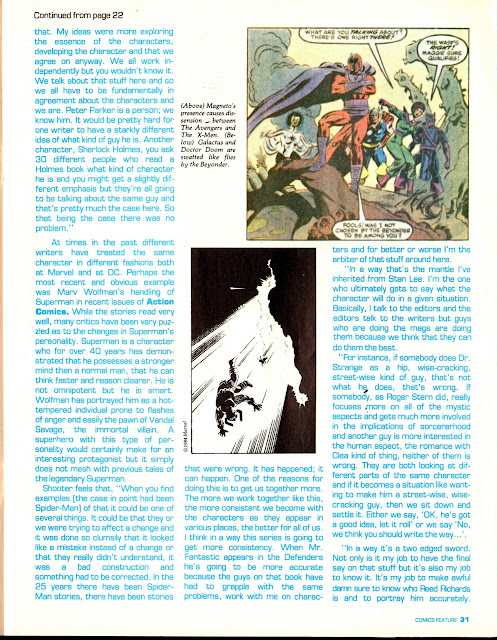 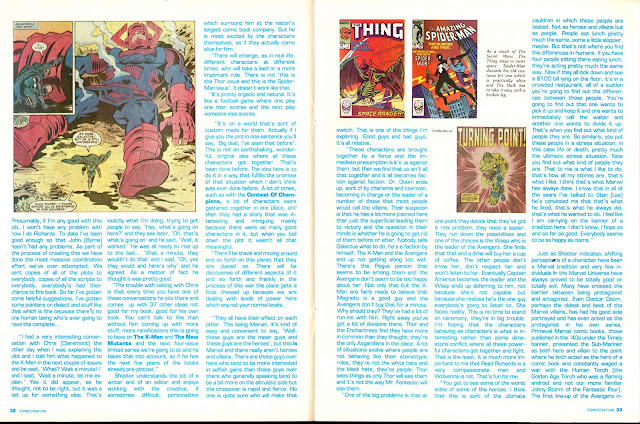 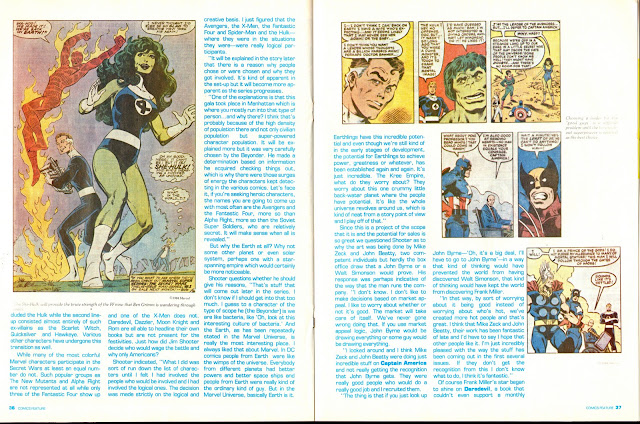 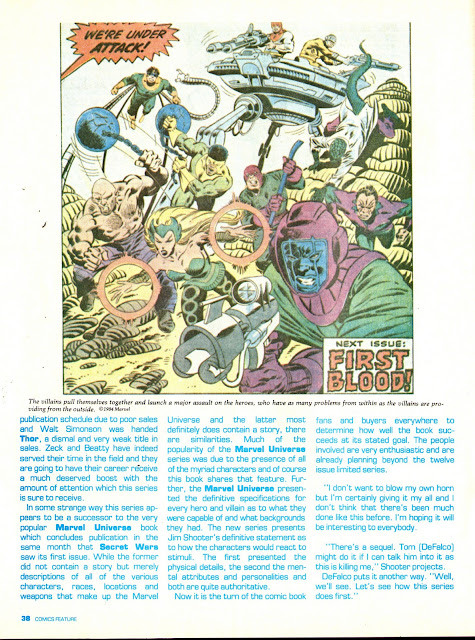 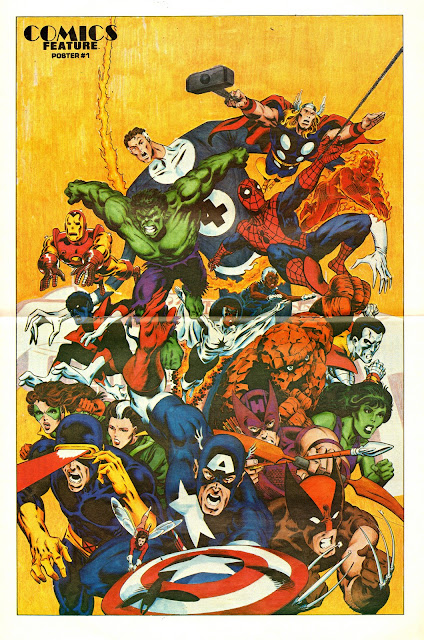 Marvel UK, after a slight delay, also published SECRET WARS, followed by the sequel, as a fortnightly/ weekly.  Reprints of the first limited series (along with ALPHA FLIGHT, the ICE MAN limited series and the first regular home for the UK-originated ZOIDS strip) filled the first 31 issues before switching to SECRET WARS II (and sundry tie-in's and unrelated reprints) for the remaining of its 80 issues.  The UK also saw a hardback annual and three specials.