THOSE REALLY WERE... THE WONDER YEARS! 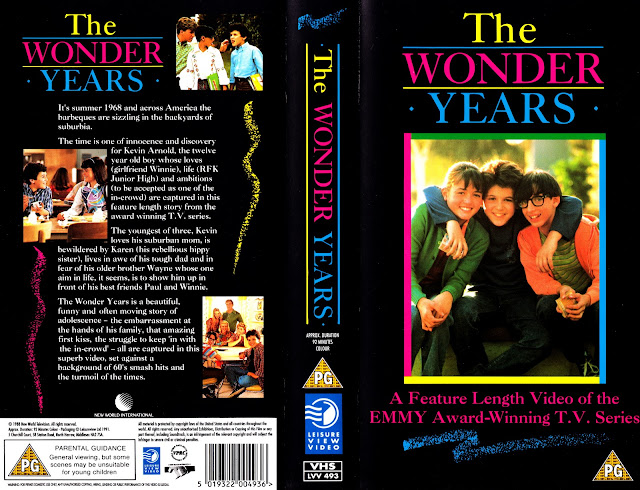 THE WONDER YEARS really deserves a DVD/ Blu-Ray release but the complexities and costs of music licensing have prevented it.  Above is the cover of the 1991 UK VHS release of the first four episodes, re-edited into a movie format.

The series, which debuted in the prized post-Superbowl slot, won the 1988 Emmy Award for best comedy series and a Peabody Award in 1989.

Here's the memorable theme, by Joe Cocker, and titles:

Here's the introduction to episode one:

And... here's the poignant final moments of the final episode (with the original music intact!  When the UK's Channel Five aired a rerun, the track was replaced and an ending ruined!)

BIO/ THE BIOGRAPHY CHANNEL aired an excellent documentary about the making of the series: