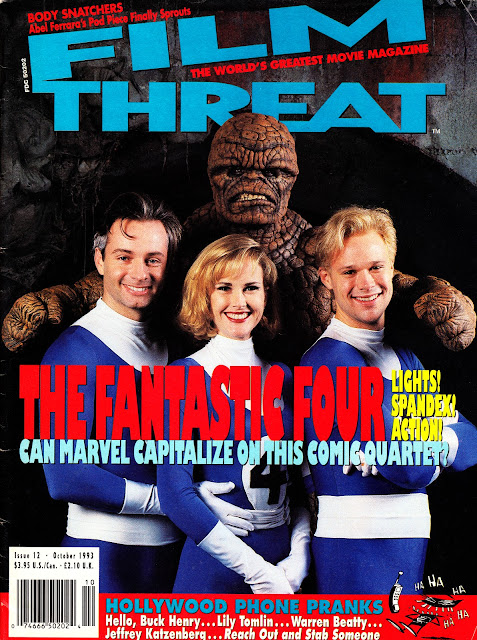 Marvel has a dirty little secret.  And we don't just mean the original SPIDER-MAN movie trilogy (see yesterday).  Before the two underwhelming noughties big-screen incarnations of the FANTASTIC FOUR (2005 and the 2007 sequel RISE OF THE SILVER SURFER), there was ANOTHER FF movie.

Legend has it that the results were deemed so bad (and, remember, this is the comic book company that unleashed some real screen stinkers) that Marvel buried the train wreck.

That's partially true.  It is pretty bad (although, as you'll see, some of the costume and make-up design was actually top-notch) but it was really an elaborate (and not altogether cheap) piece of business sleight-of-hand by the producers who needed to get something into production by a set deadline or loose the rights back to Marvel.  What to do.  Their ingenious (and not altogether honest) solution was to rush out a low-budget quickie, which they had no intention of widely distributing, to buy time to secure the funds necessary to make the blockbuster they really wanted.

That scam didn't work but it obviously suited everyone to keep this semi-stinker secret.  Which means copies have sneaked online and into the hands of convention bootleggers.  Hurrah.

FILM THREAT (issue 12, October 1993) magazine did a really nice, and lengthy, article on the making of the film.  Here it is: 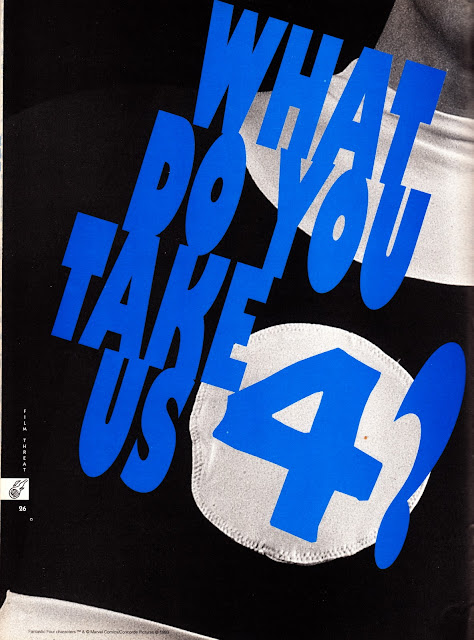 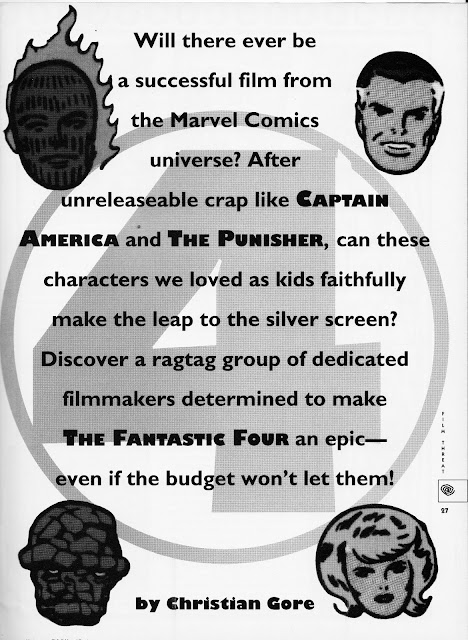 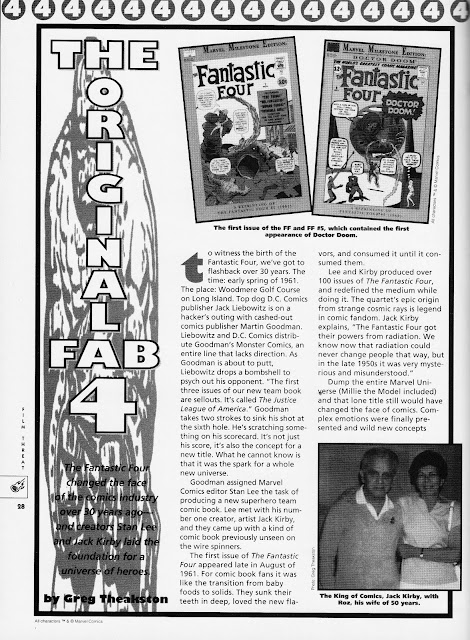 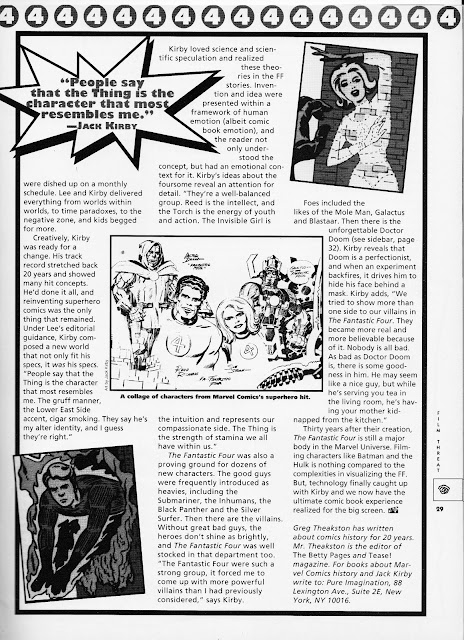 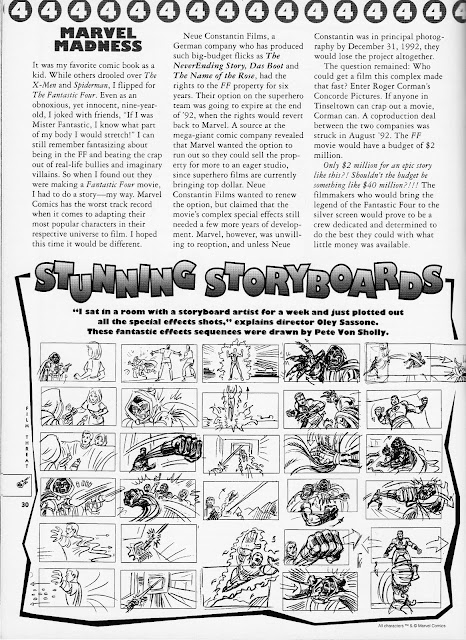 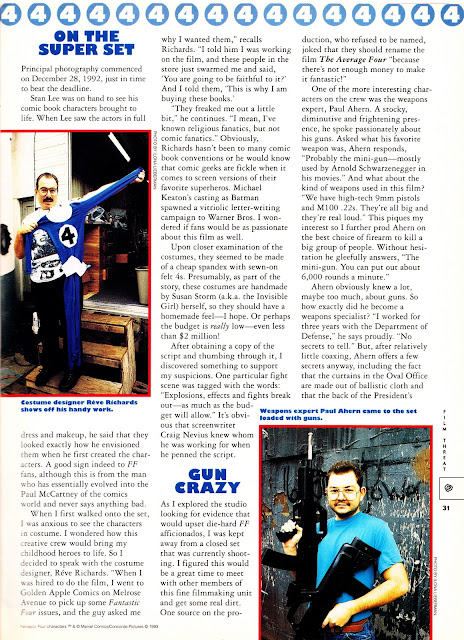 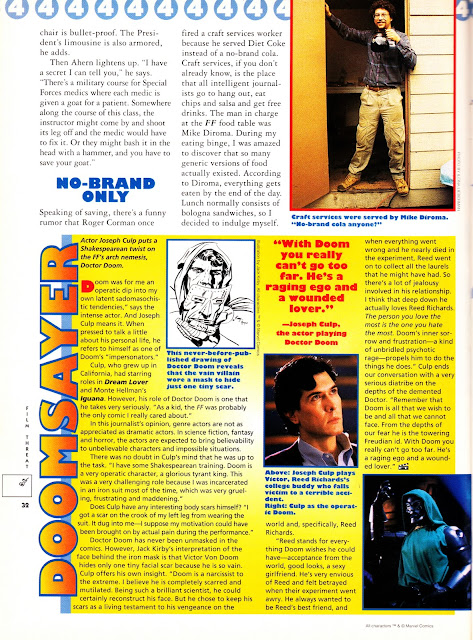 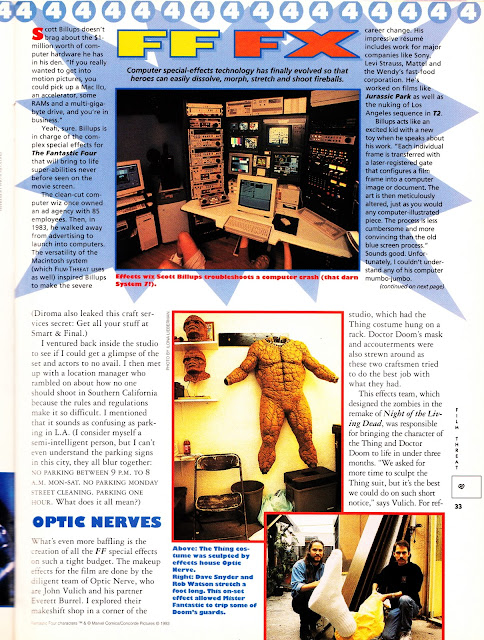 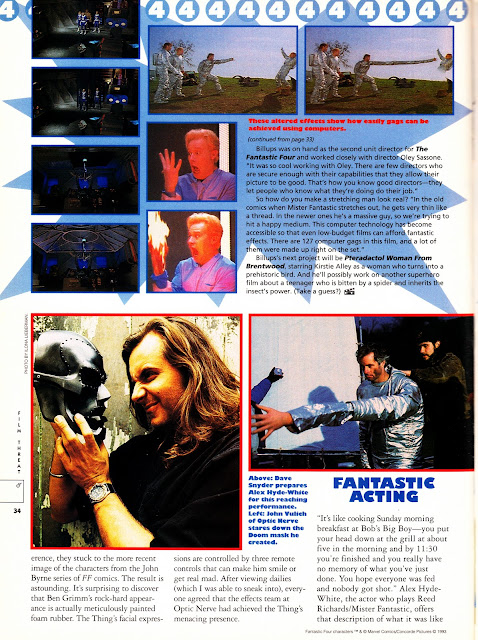 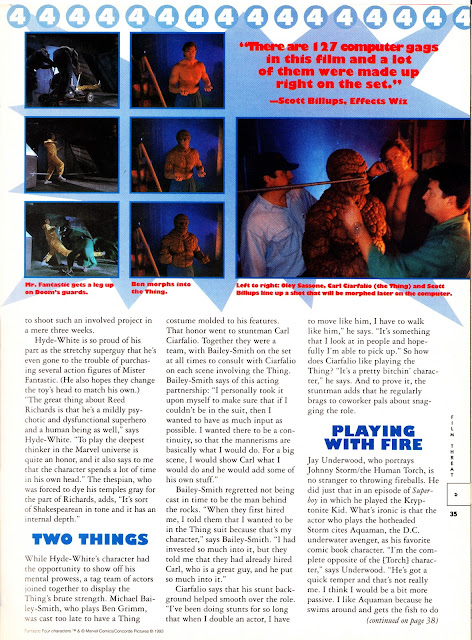 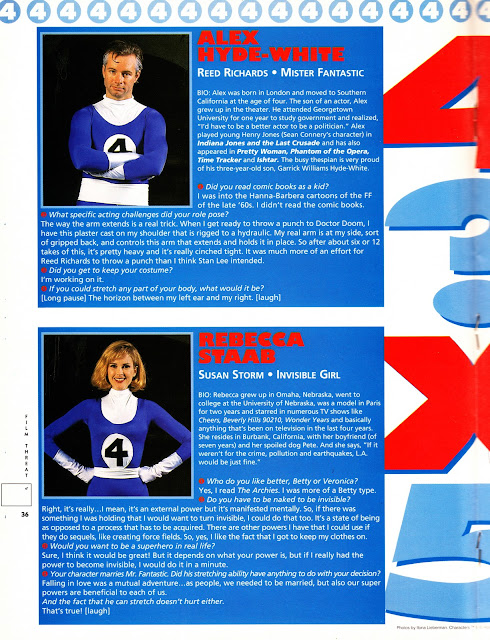 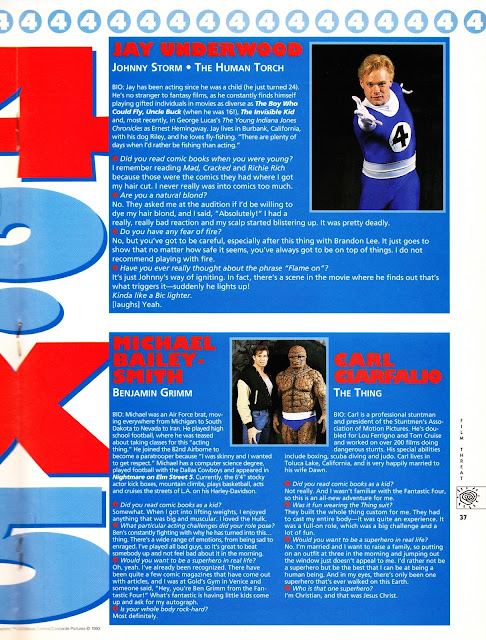 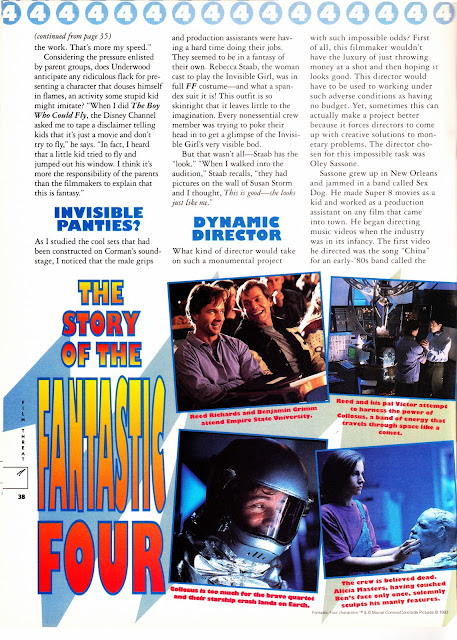 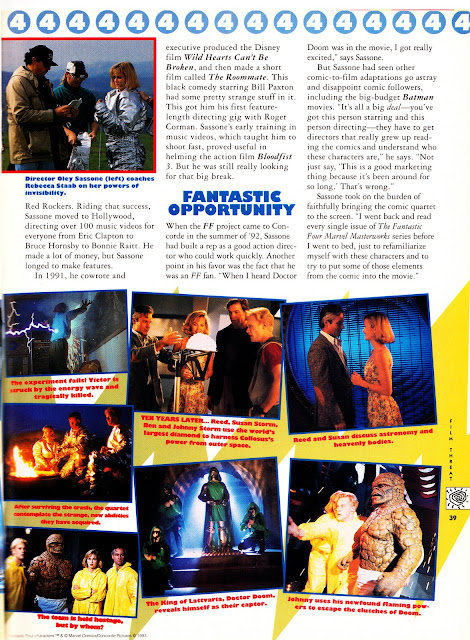 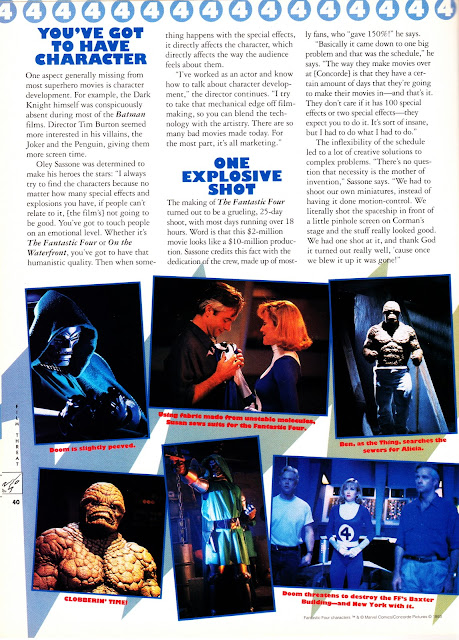 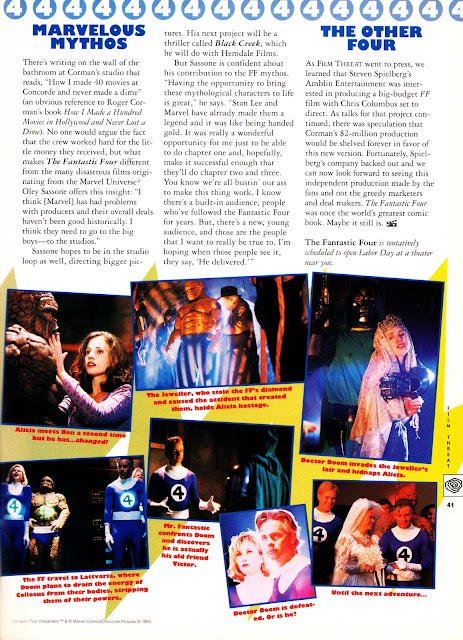 Here's the movie trailer... in all its low-fi, bargain-basement glory.  Remember: they pick the best bits for the trail!
Posted by SLOW ROBOT at 08:25