1980 was a good time to be Spider-man in the UK.  Not only was his 1973-launched weekly still going strong, it was also joined by the monthly SPIDER-MAN POCKET BOOK digest AND this short-lived weekly (as well as specials and annuals).

MARVEL TEAM-UP diverted the easily-accesable self-contained US TEAM-UP reprints from the Pocket Book (which itself snaffled them up from the well-established weekly) and made them the core strip in this new weekly.  As Spider-man was almost always 50% of any team-up (occasionally stepping aside for The Human Torch), it ensured regular appearances.

MARVEL TEAM-UP also included reprints of MS. MARVEL, MORBIUS THE LIVING VAMPIRE, THE FANTASTIC FOUR, WHAT IF and a rotating spotlight feature, beginning with JACK OF HEARTS.

Ant Man, formally of HULK COMIC, was subsequently added to the line-up.

Team-Up suffered from some erratic dating, correcting cover-dates twice and issuing one edition without a date.

UPDATE 1-JULY-2012: According to the UK fanzine BEM (issue 29, August 1980) M T-U was originally going to be called SPIDER-MAN AND THE SUPER-HEROES, published in parallel with the existing weekly (which was currently in its SPIDER-MAN AND HULK WEEKLY incarnation).  The name change was presumably the result of potential confusion between the two weeklies (and the SPIDER-MAN POCKET BOOK) and, possibly, because it was nearly identical to a previous incarnation of Spidey's weekly. 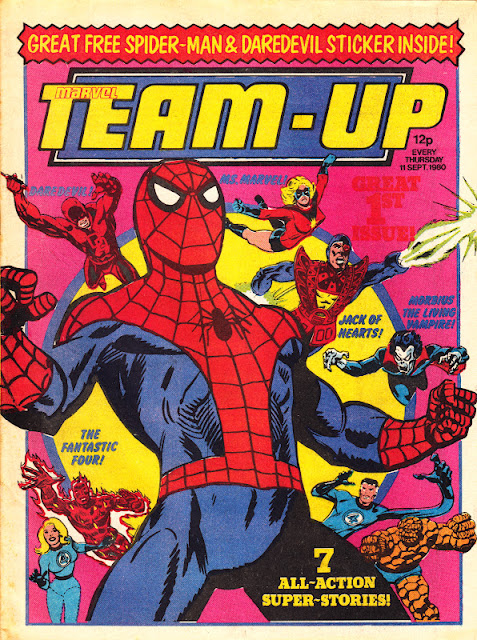 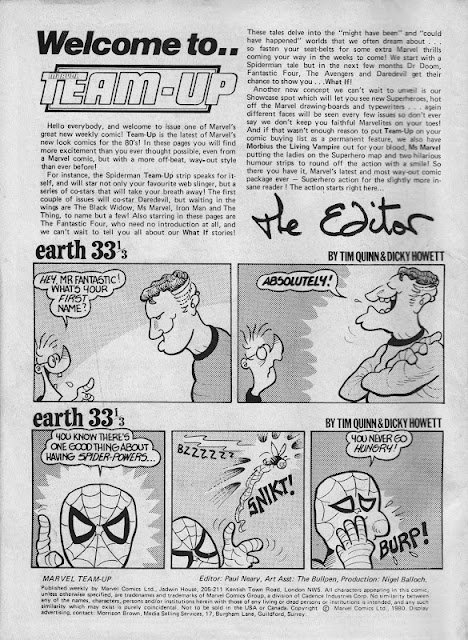 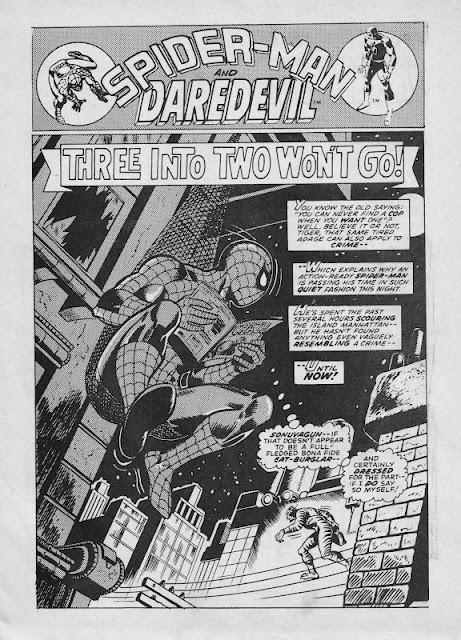 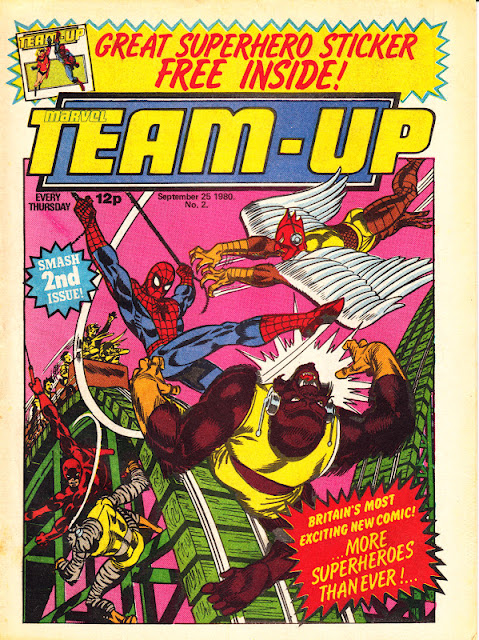 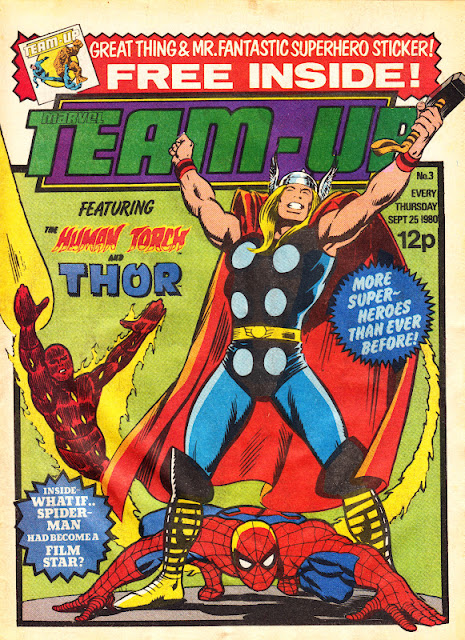 Issue 3 has the same cover date as the second, suggesting the first two issues were delayed for a week and the dates were altered from issue 3 to reflect reality. 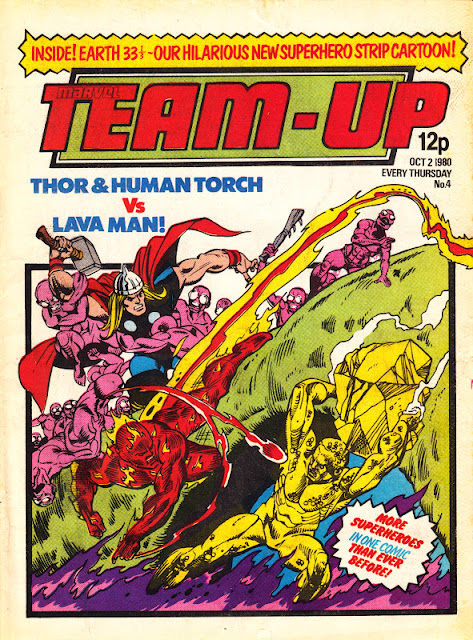 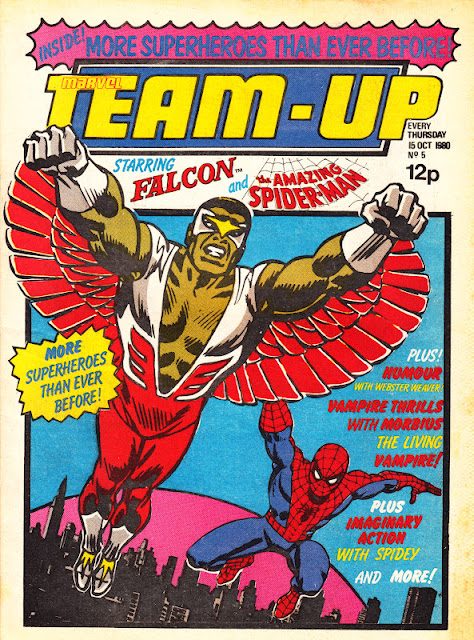 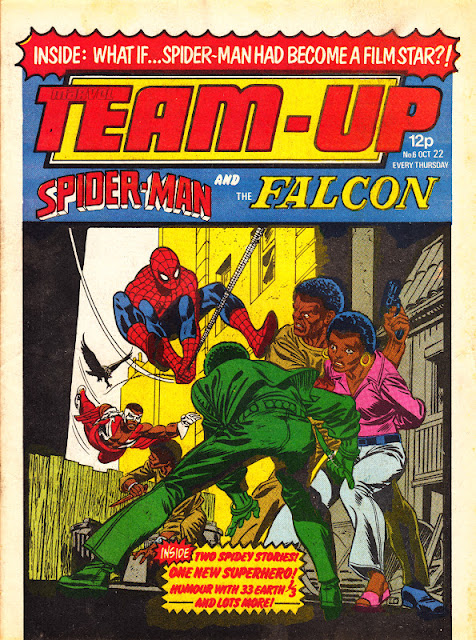 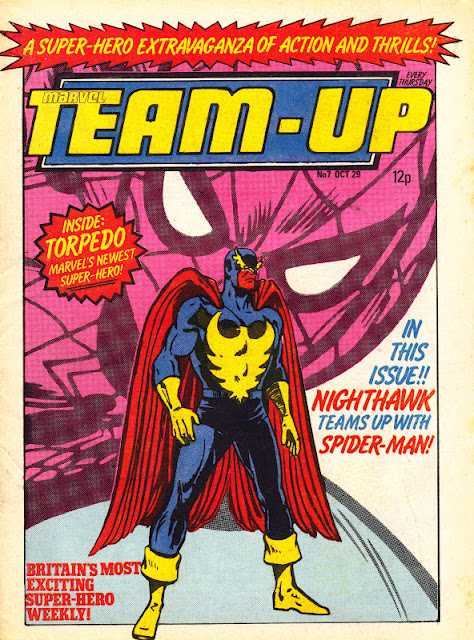 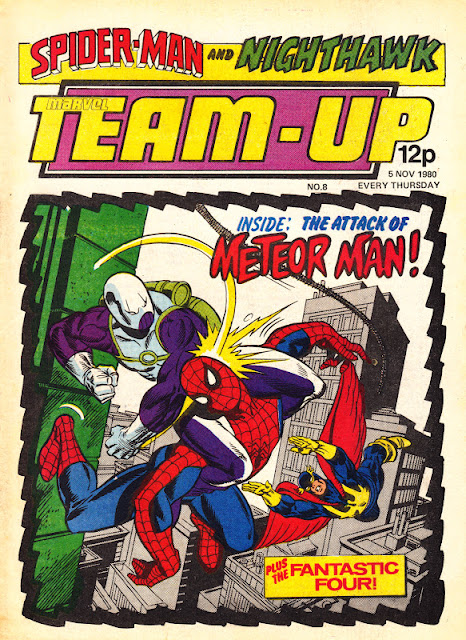 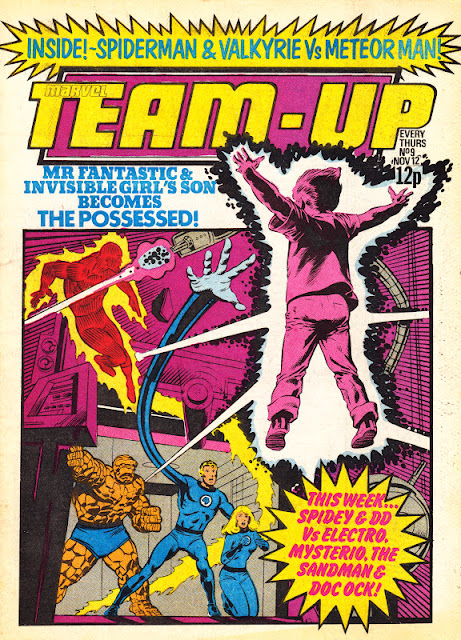 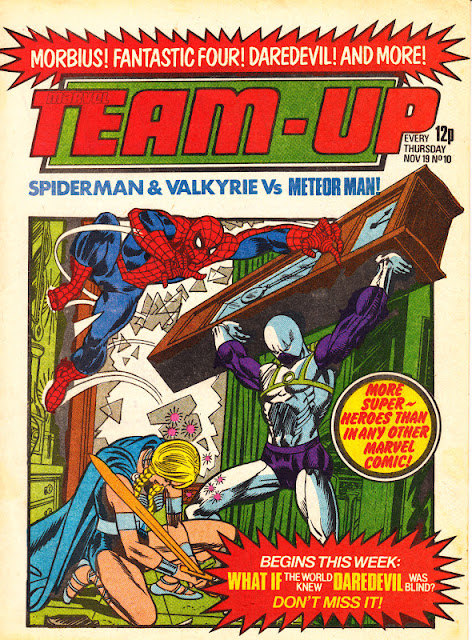 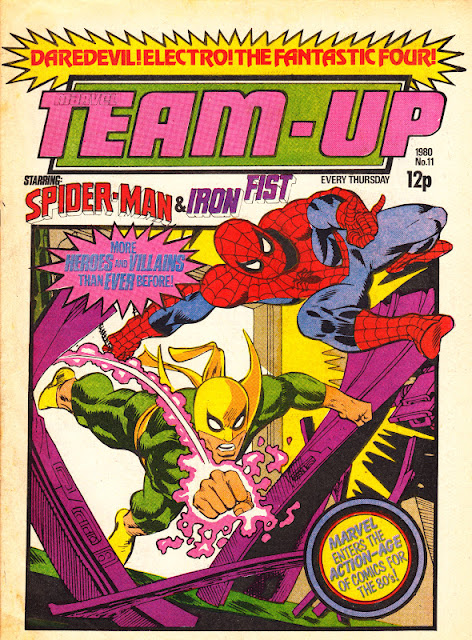 This issue is undated but should have displayed 26 November 1980. 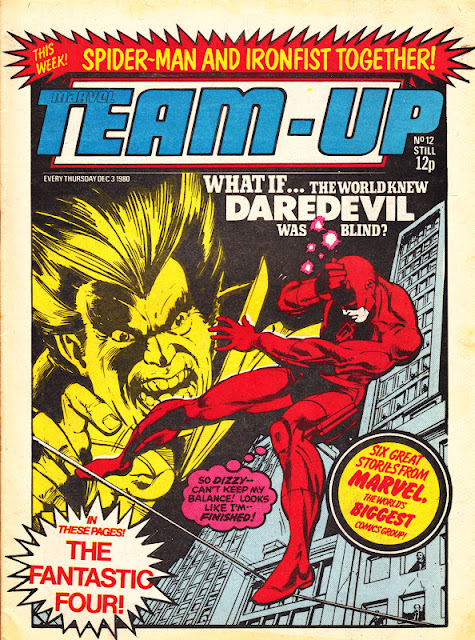 The cover states "still 12p" so, inevitably, the cover price increased by 2p the following week. 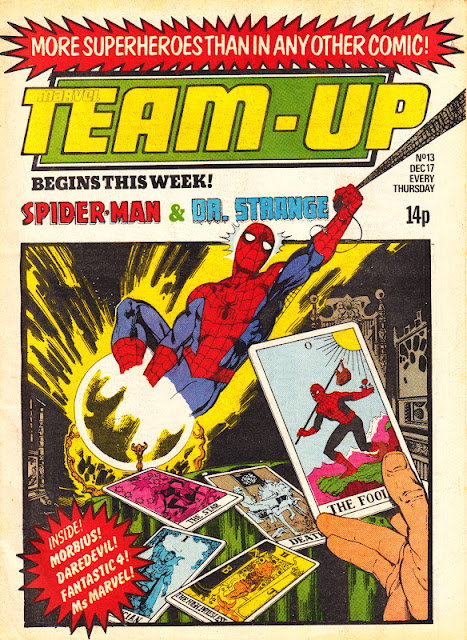 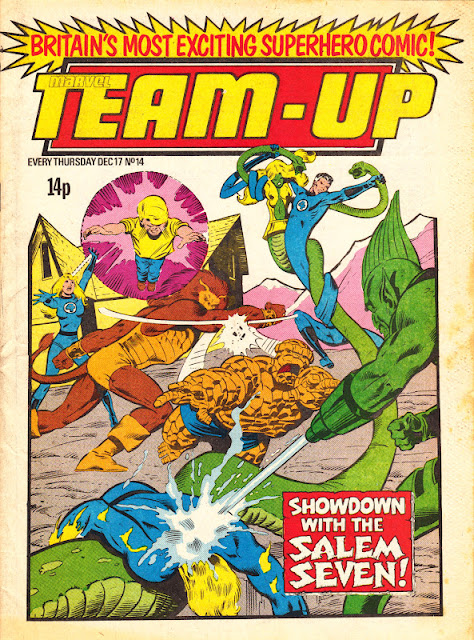 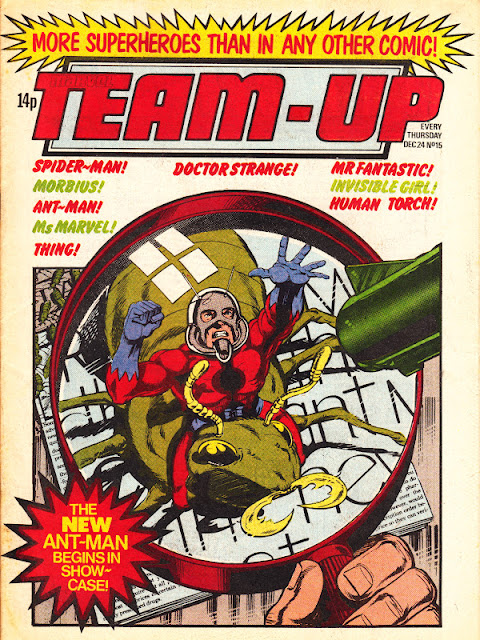 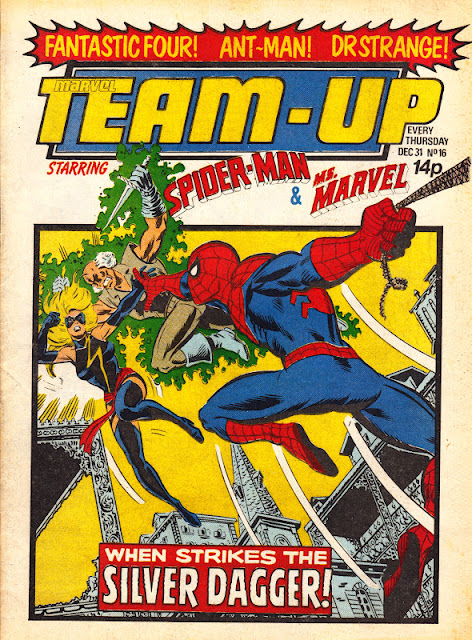 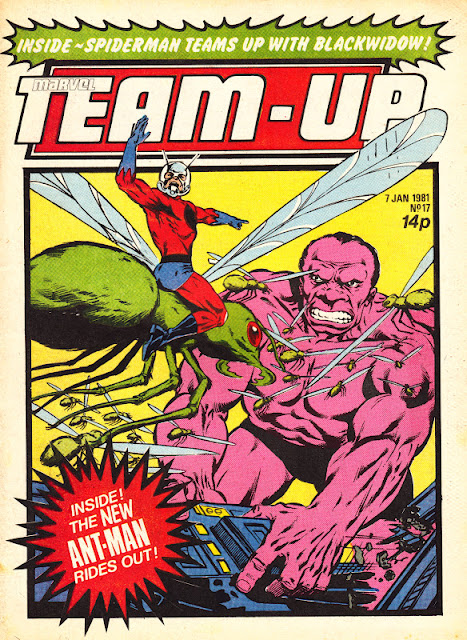 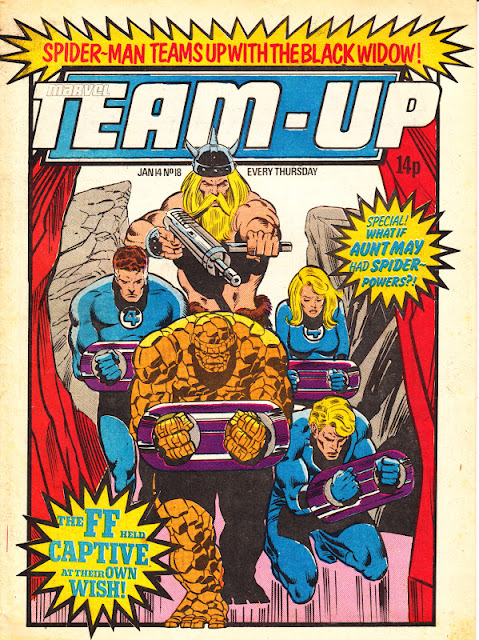 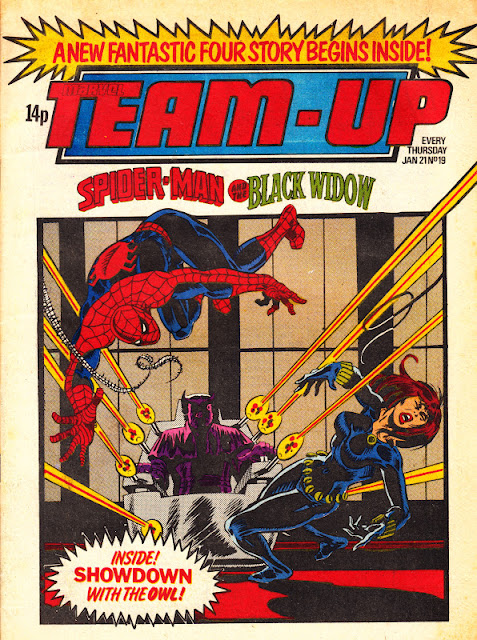 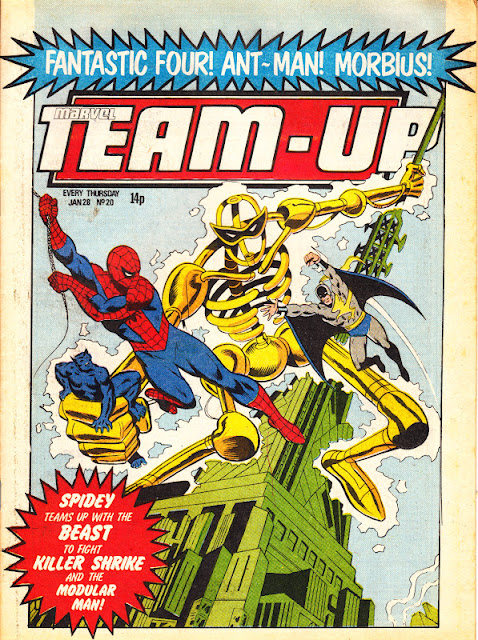 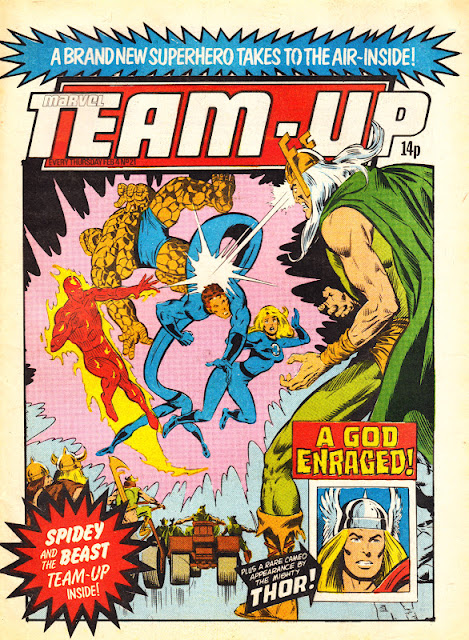 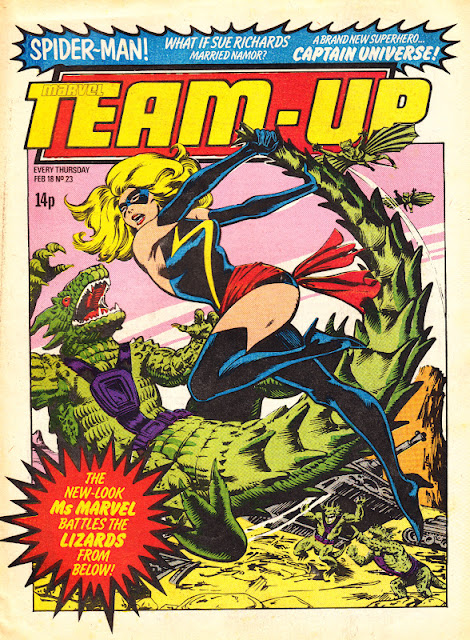 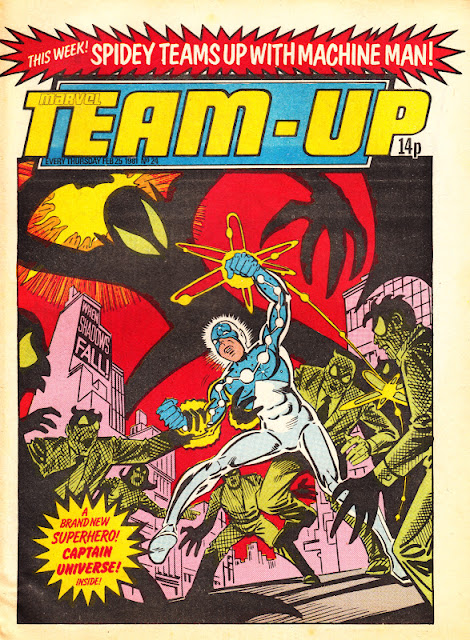 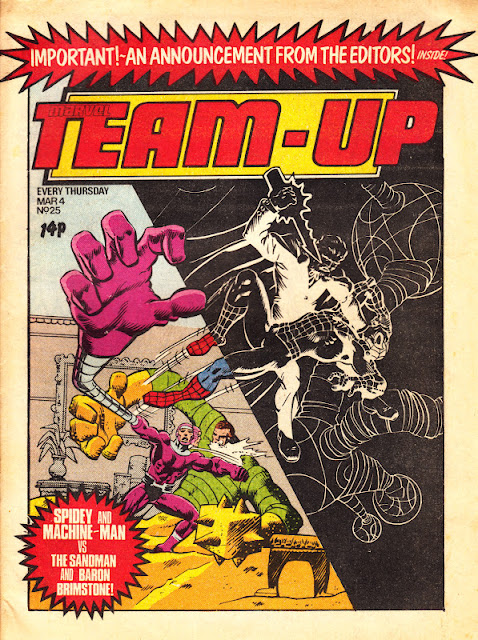 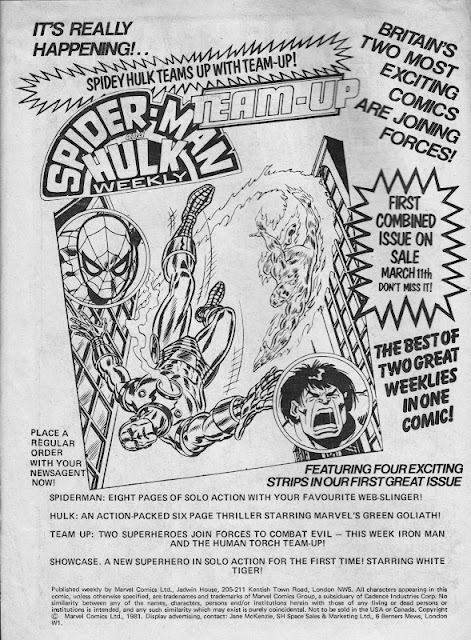 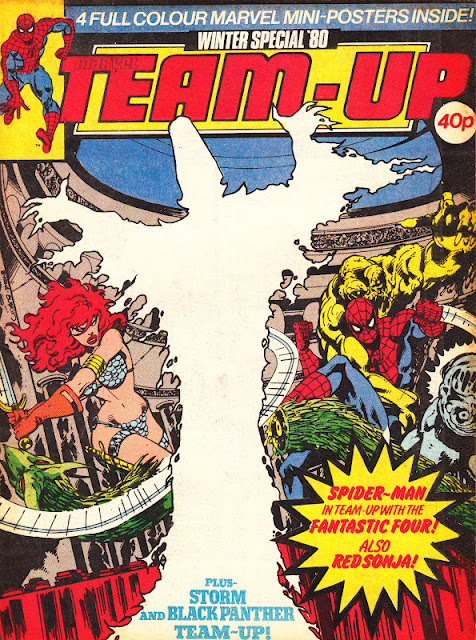