Before we dive into the epic SECRET WARS II, now seems a good time to pause and look at the UK spin-offs from the main SECRET WARS comic. 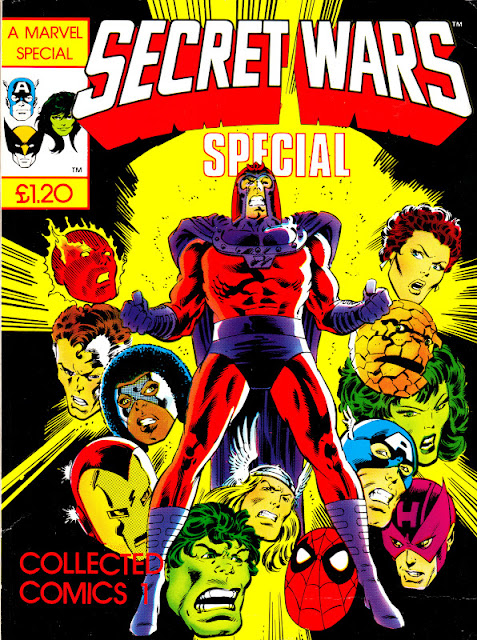 Album-format reprint of US MARVEL SUPER HEROES SECRET WARS 1-2, previously serialised in UK SECRET WARS 1-3.  Published in colour throughout for the first time in the UK.
Cover originally for US MSHSW 2 and UK MSHSW 3.

Despite the numbering, this was the only Collected Comics edition.  It was replaced by the SECRET WARS II SPECIALS in 1986. 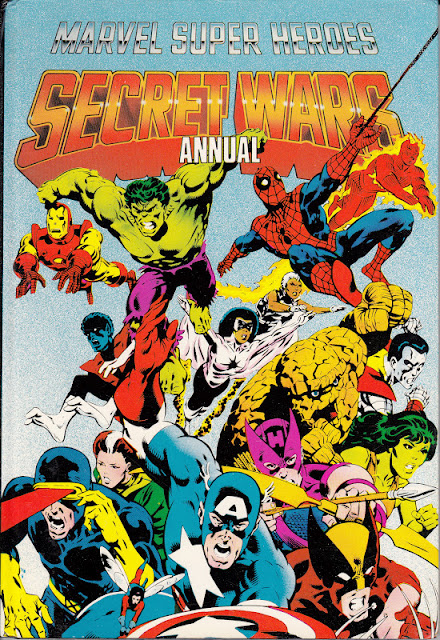 Hardback book.
Reprints US MSHSW 1 and US MARVEL TEAM UP ANNUAL 6: Spider-man and Alpha Flight.

The extensively-used cover art was also used on US and UK MSHSW 1, US and UK advertising and publicity.

This seemed to suffer from limited distribution at the time and finding a copy was tricky.

Despite the weekly running until 1987 (just!), there was no second annual for Christmas 1986. 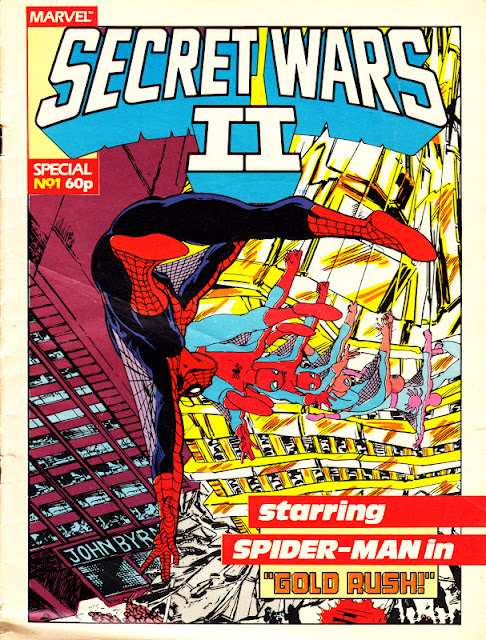 Reprints US WEB OF SPIDER-MAN 6 and US THE AMAZING SPIDER-MAN 268.
Both reprints were official SECRET WARS II crossovers. 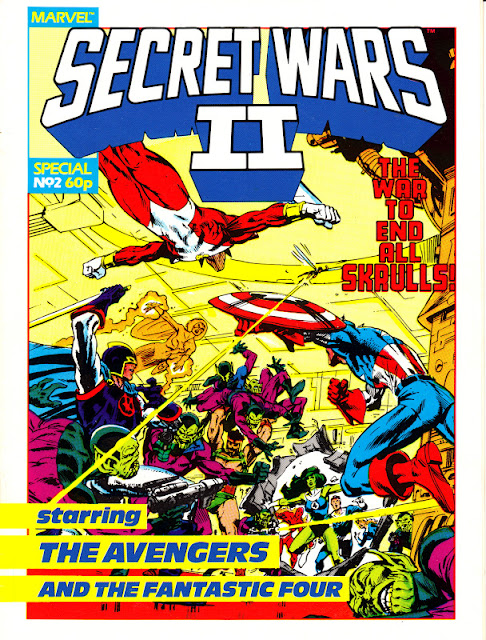 Reprints US THE AVENGERS ANNUAL 14.

The storyline continues from UK SECRET WARS II issue 56.
This storyline actually had nothing to do with Secret Wars but must have made for a handy reprint!
Posted by SLOW ROBOT at 08:28