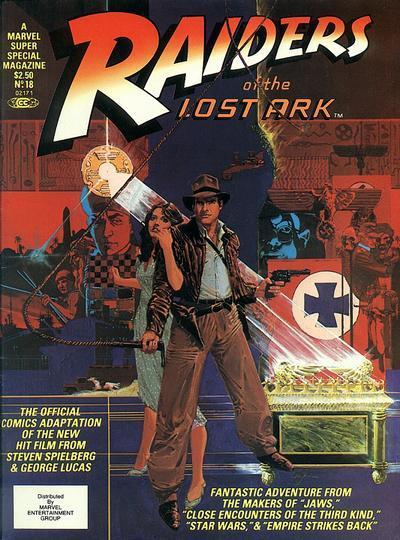 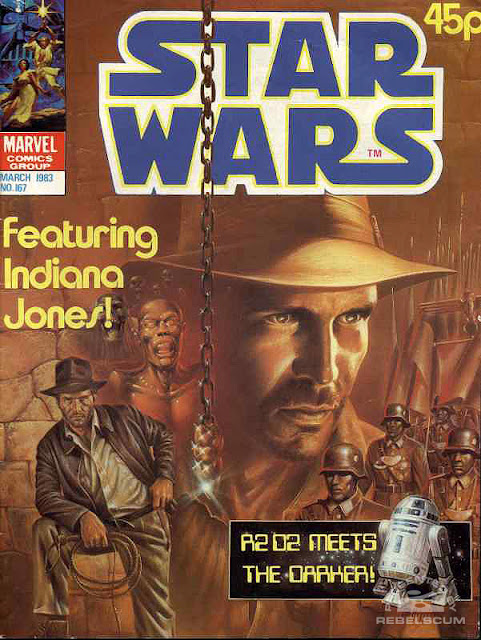 THE FURTHER ADVENTURES OF INDIANA JONES makes its UK debut as the back-up strip in STAR WARS monthly.

The strip continued into RETURN OF THE JEDI weekly. 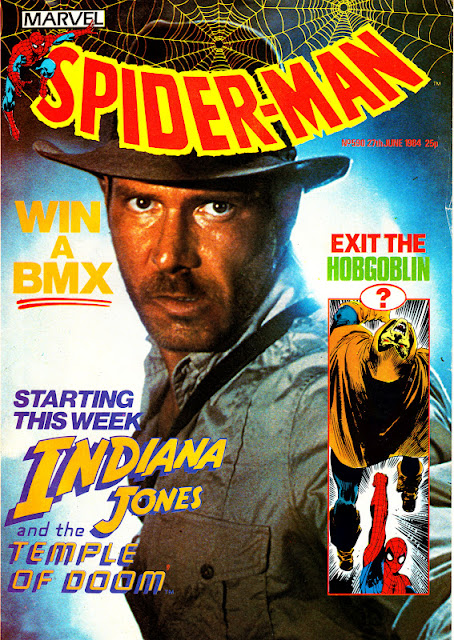 The TEMPLE OF DOOM movie adaptation was serialised as a back-up strip in the SPIDER-MAN weekly. 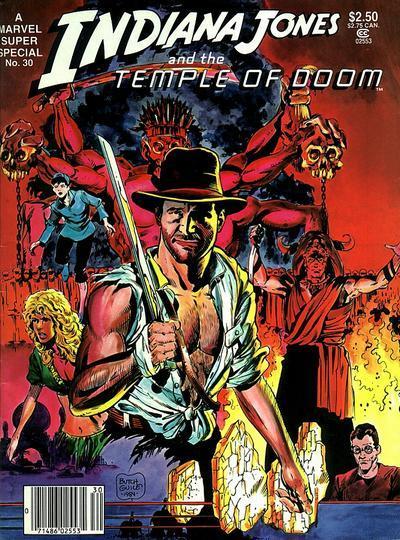 INDIANA JONES AND THE TEMPLE OF DOOM
1985

Marvel's film adaptation was reprinted as the TEMPLE OF DOOM ANNUAL 1985, published in 1984. 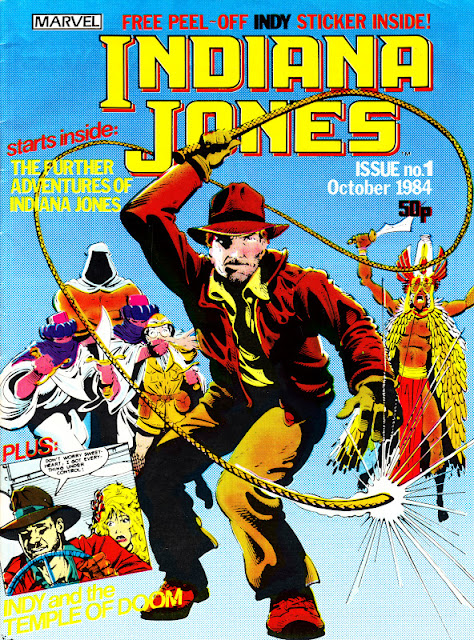 The TEMPLE OF DOOM movie adaptation got a second UK comics outing, mere weeks after the end of its run in SPIDER-MAN, in M-UK'S INDIANA JONES solo title.  The new monthly also, predictably, reprinted THE FURTHER ADVENTURES OF INDIANA JONES. 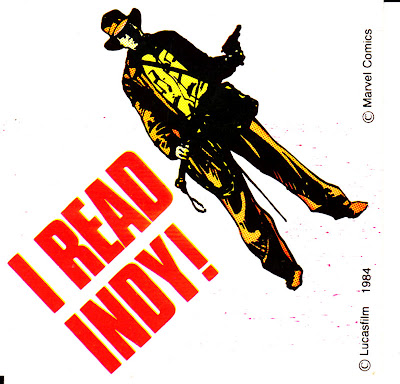 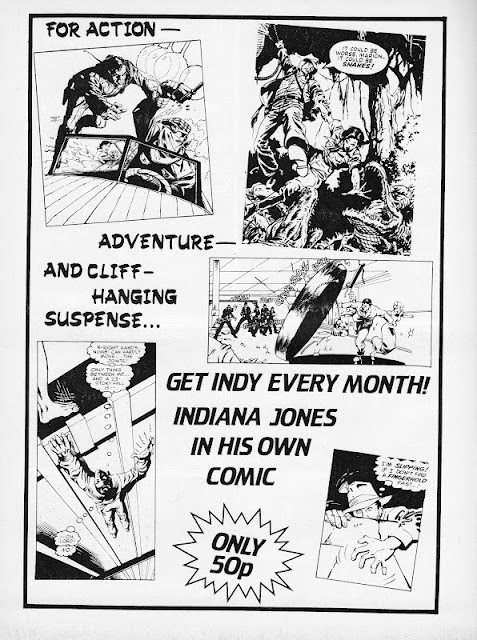 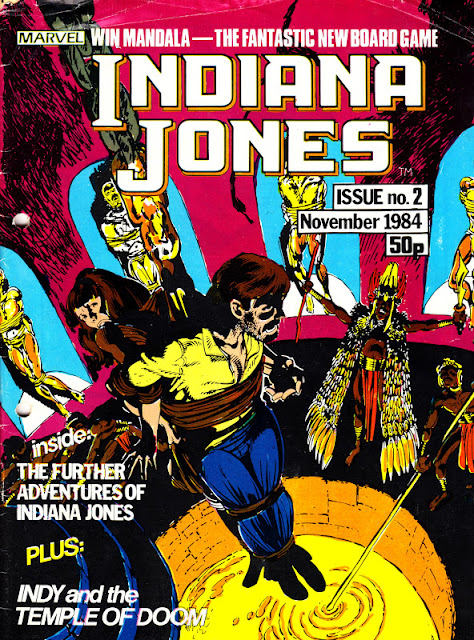 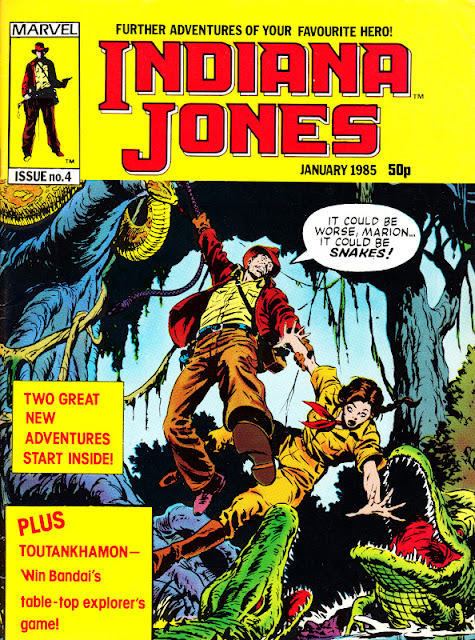 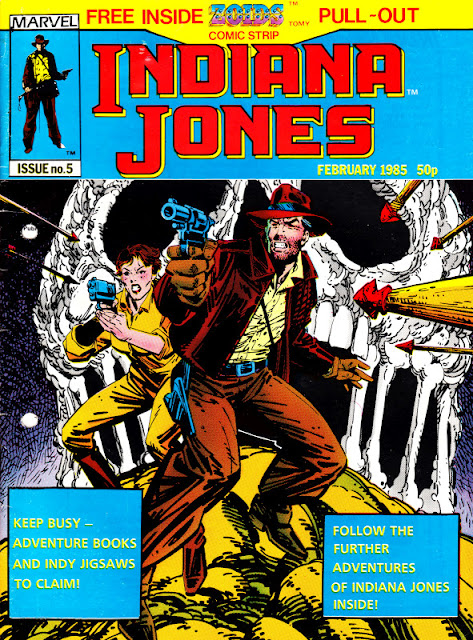 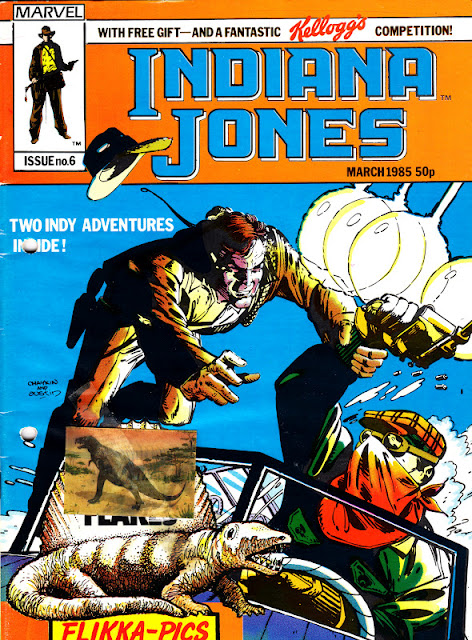 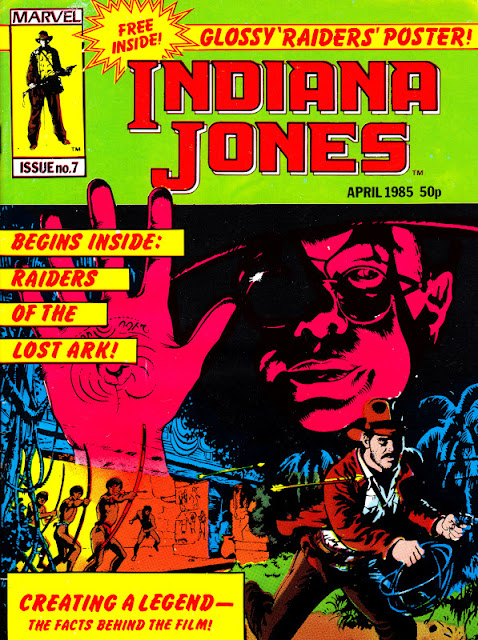 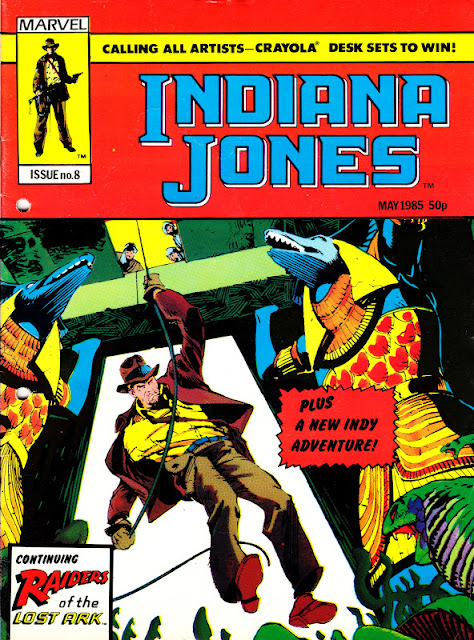 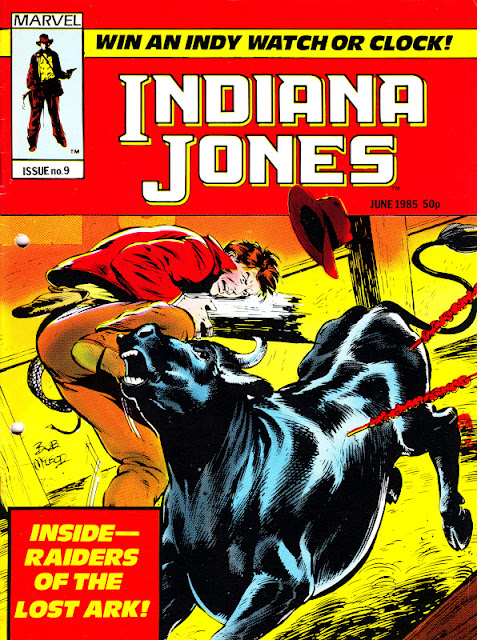 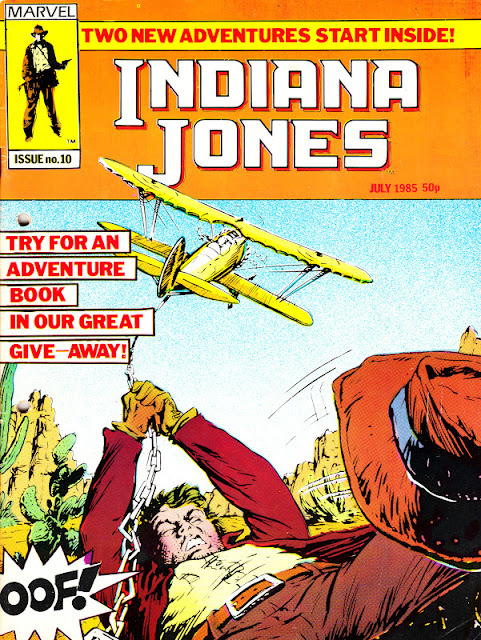 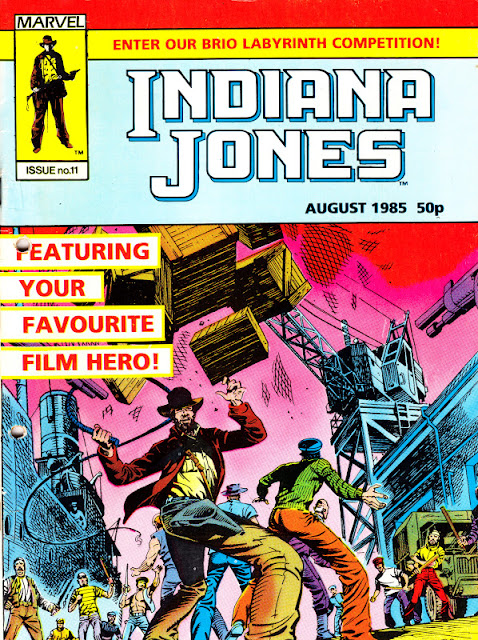 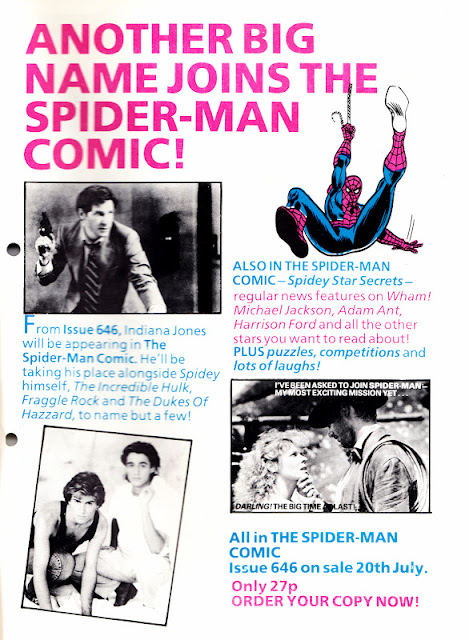 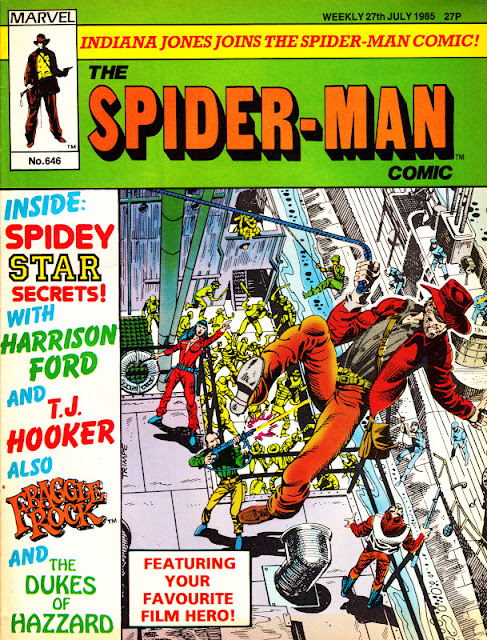 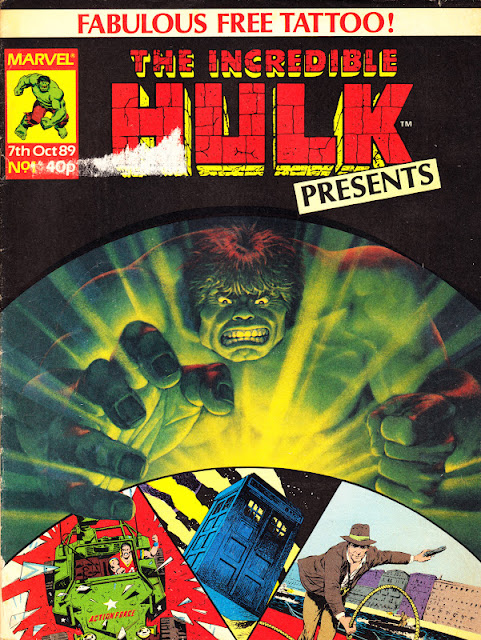 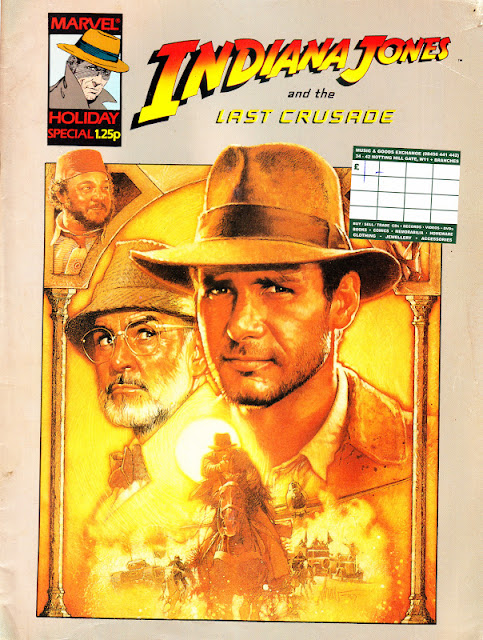 INDIANA JONES AND THE LAST CRUSADE
HOLIDAY SPECIAL 1989
Film adaptation
Black & white interior.  The colour version of the strip is serialised in THE INCREDIBLE HULK PRESENTS (see above). 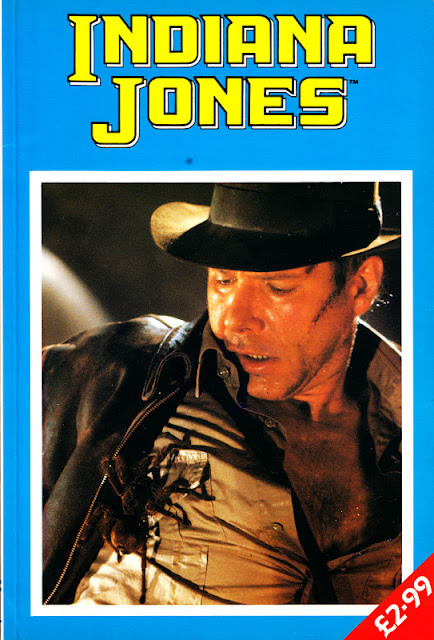 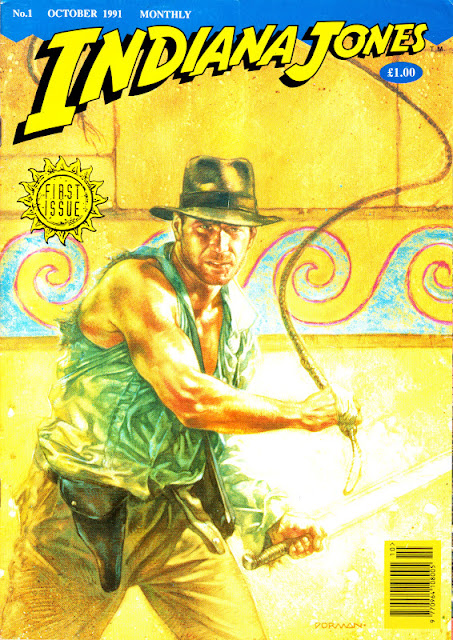