Forget THE AVENGERS VS. THE X-MEN.  Way-back-when, one member of the Avengers was forced into a cancellation-dodging cohabitation of convenience.  It's perfectly possible to find a whole raft of reasons why Marvel UK's two 1983 colour weeklies failed miserably (appalling printing, X-Men's impossible-to-operate free gift, the X-Men getting stuck at customs and creaky reprints) so the sanctuary of a merger seemed inevitable.

The merger was a pretty equal affair, each strip occupying half of each issue and, generally, alternating cover slots.  The numbering continued from THE MIGHTY THOR (which hits the stands first, partially a result of the aforementioned action by customs who delayed copies of the X-Men issue 1 shipped from the Irish printers).

The partial colour interiors continued, with the worst printing problems of the early issues now fixed.  However, Marvel had already cut the number of colour interior pages printed in a cost-cutting move.

Despite (relative) strength-in-numbers, the combined title only survived another 19 weeks before transferring both strips to SPIDER-MAN (in its Amazing Friends era) from issue 567. 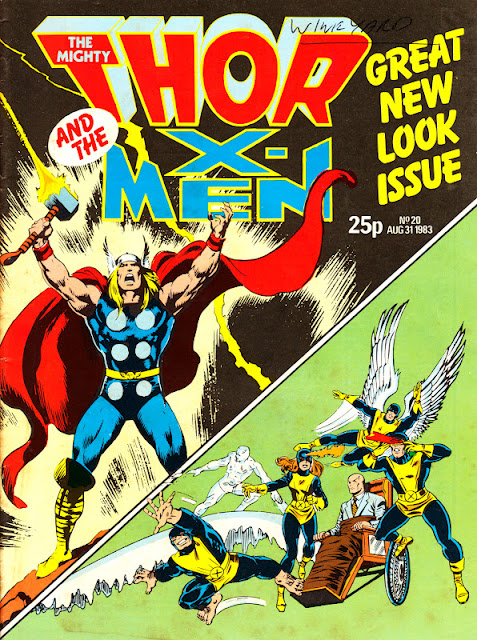 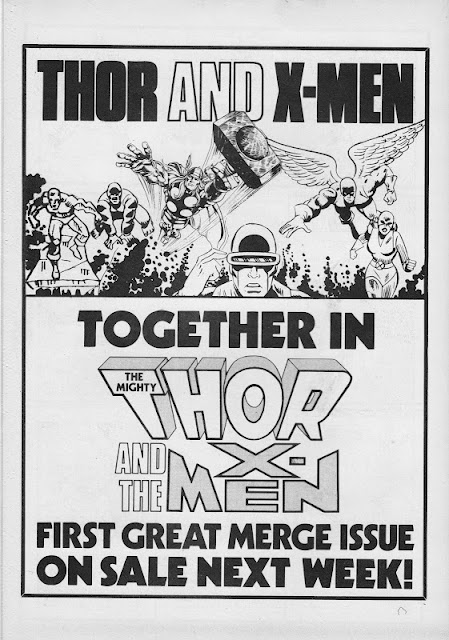 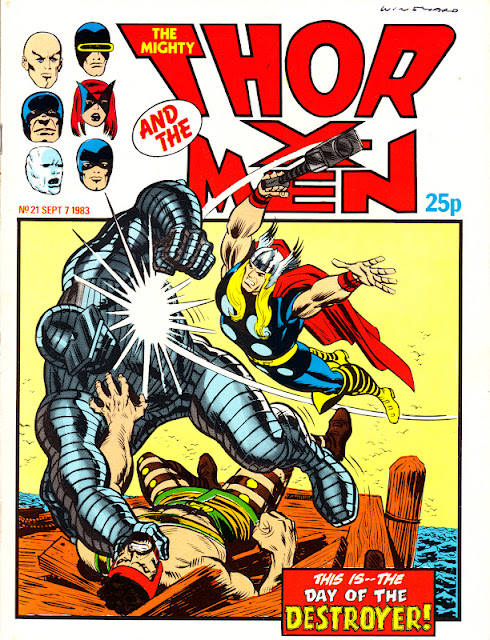 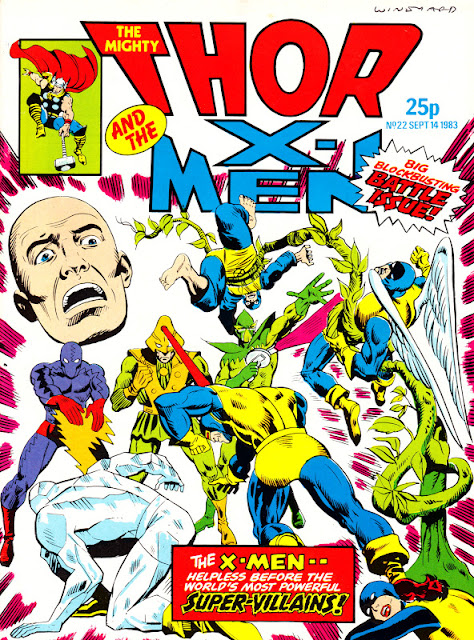 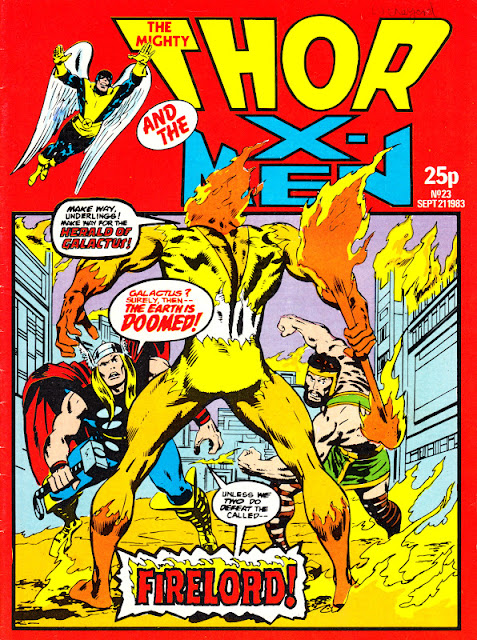 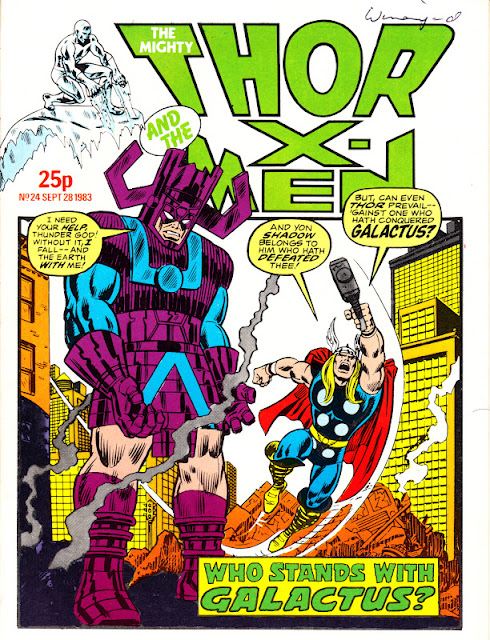 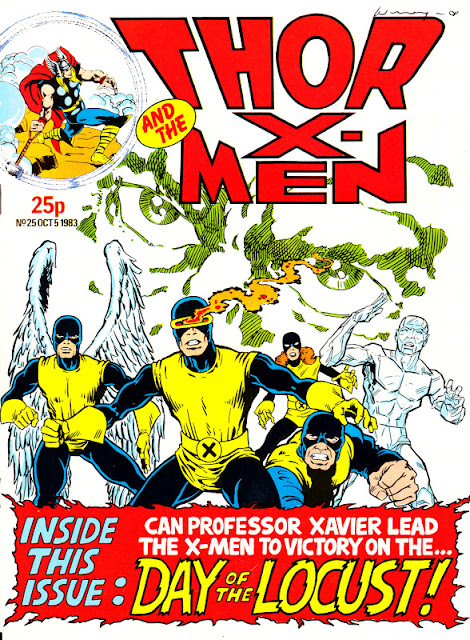 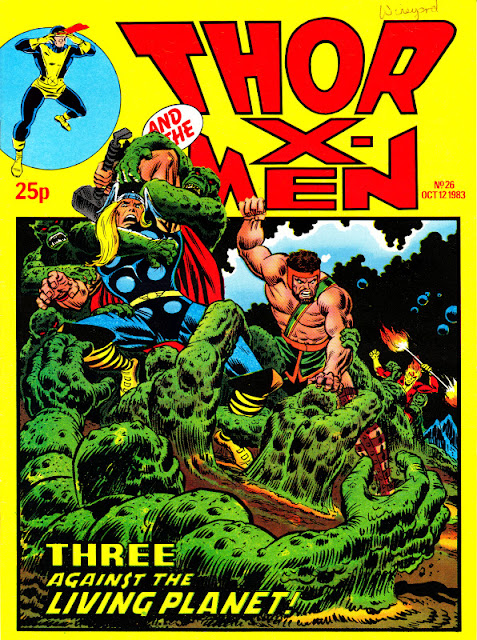 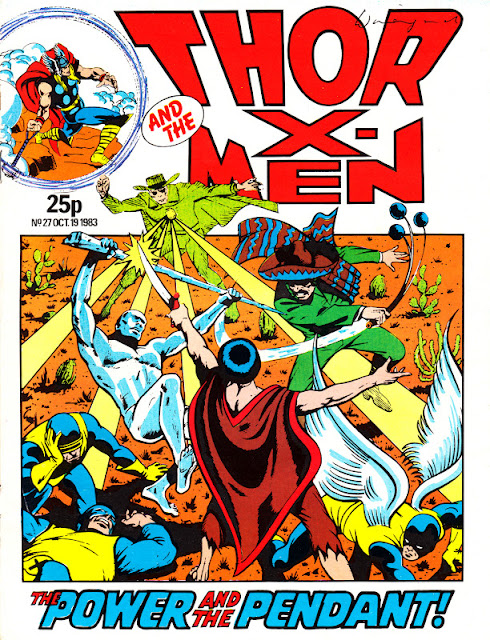 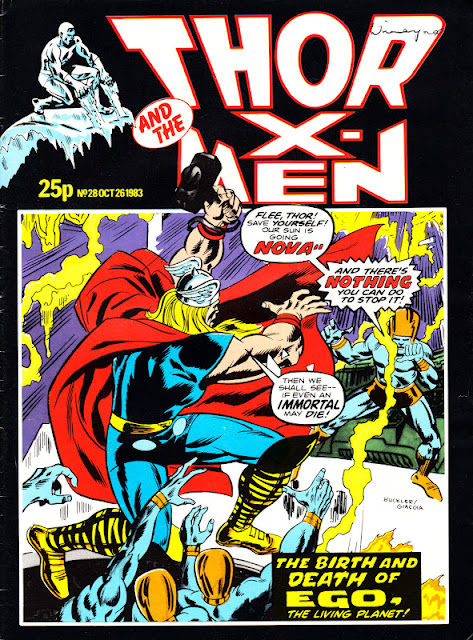 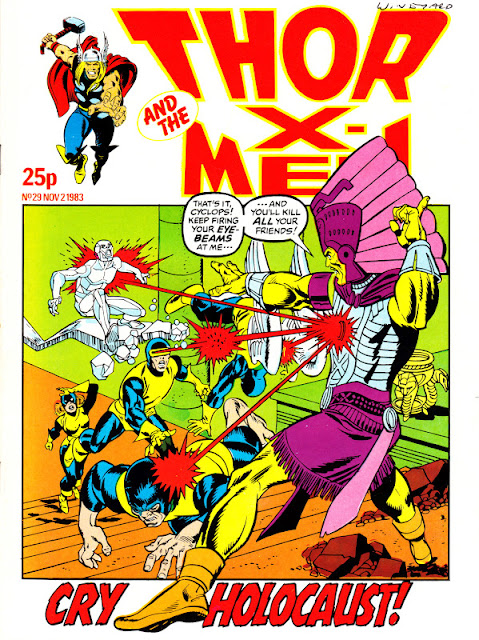 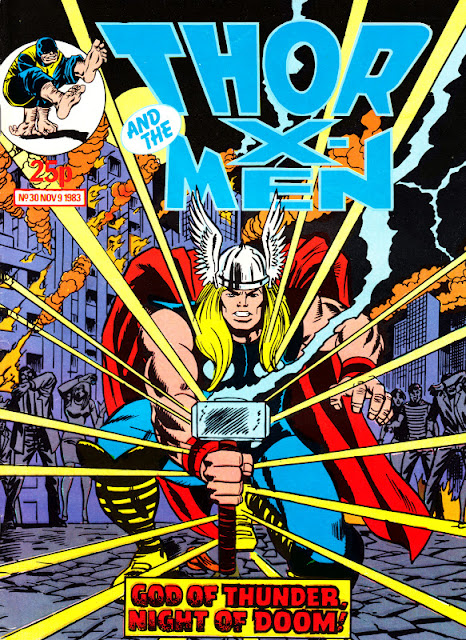 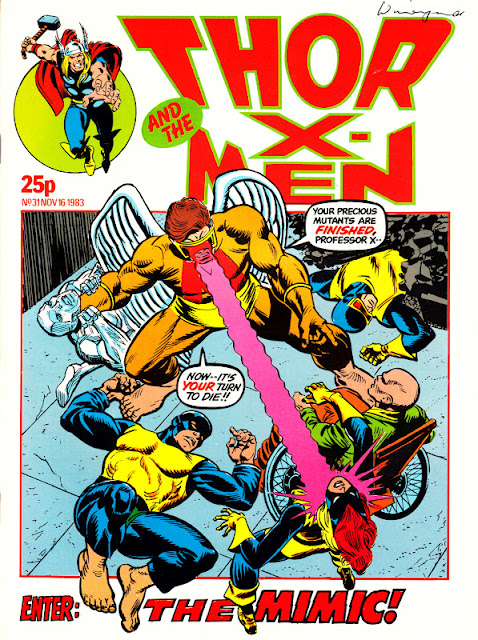 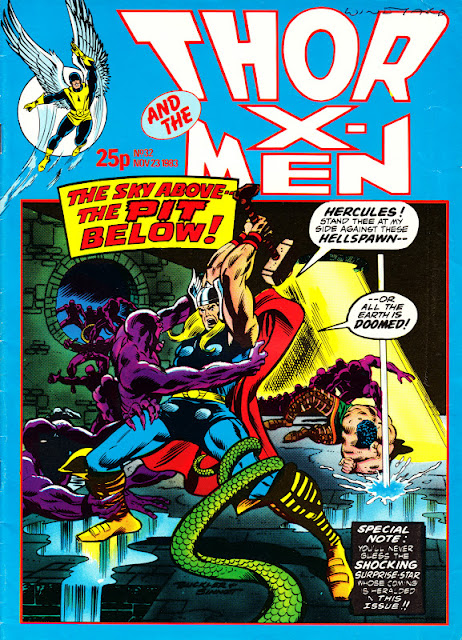 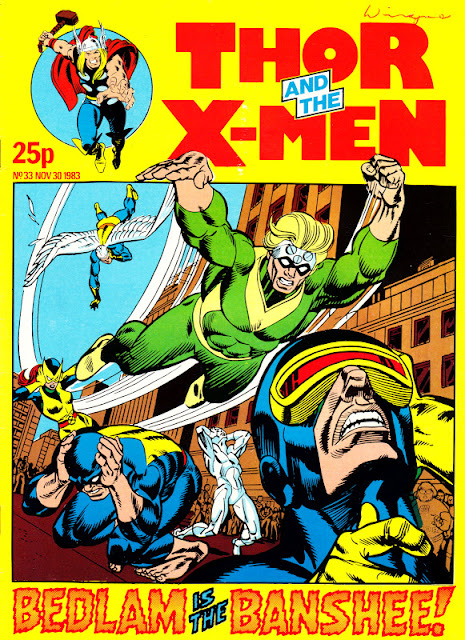 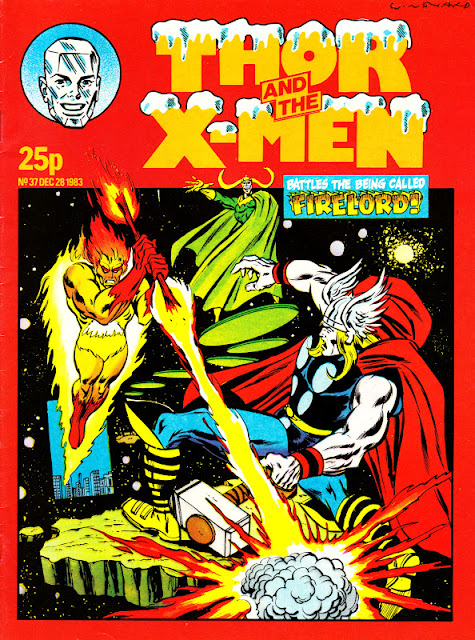 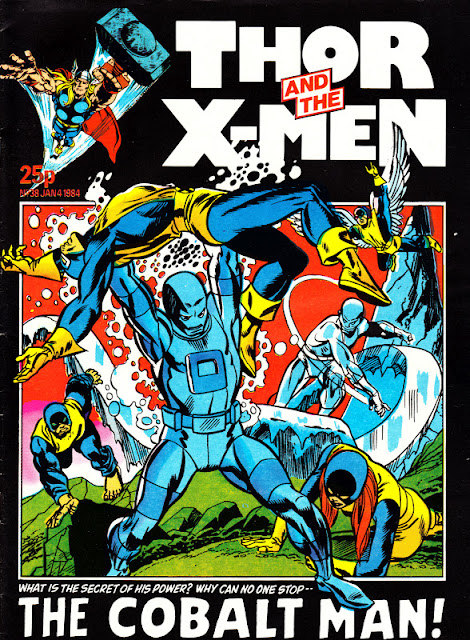 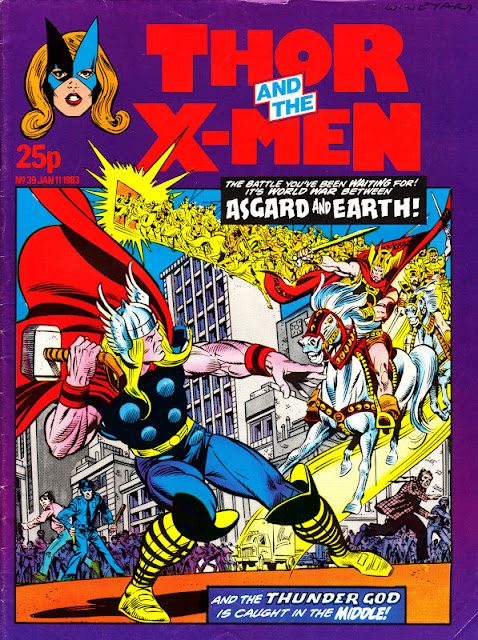 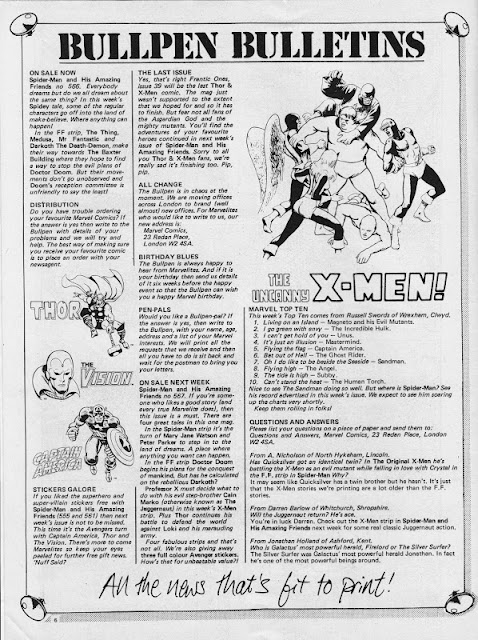 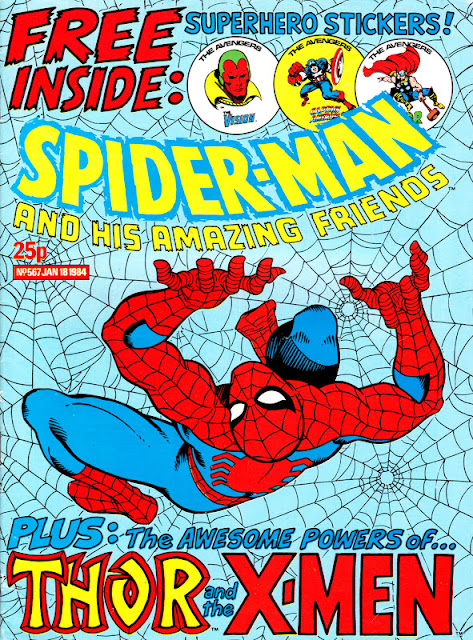