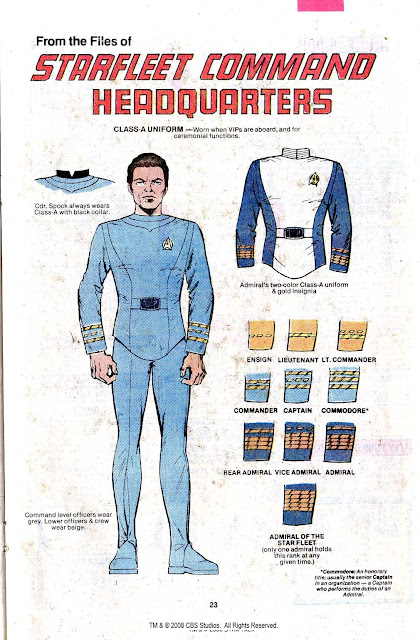 Here's a nice bonus feature from the back pages of US Marvel's STAR TREK (1979 incarnation) comic book: some Dave Cockrum-penned studies of the Star Fleet's ST:TMP era uniform designs.

I never liked these very seventies (and very SPACE: 1999) designs but Dave's done a nice job here.  I'm not sure if these were originally specifically produced for inclusion in the comic (issue 10 to be precise) or whether they were first created as an in-house artists' reference that were - latterly - pressed into service to pad-out the issue.

The industry's shitty production values shine through here... apologies for the annoying (but authentic) colour bleeds from other pages.

A couple of these pages also turned-up, in black & white, in the 1981 Marvel UK STAR TREK SUMMER SPECIAL.

And - frankly - these are worth showing just for Uhura's 'fro alone. 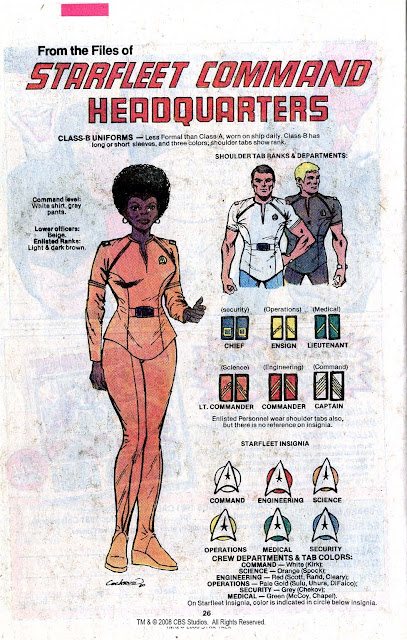 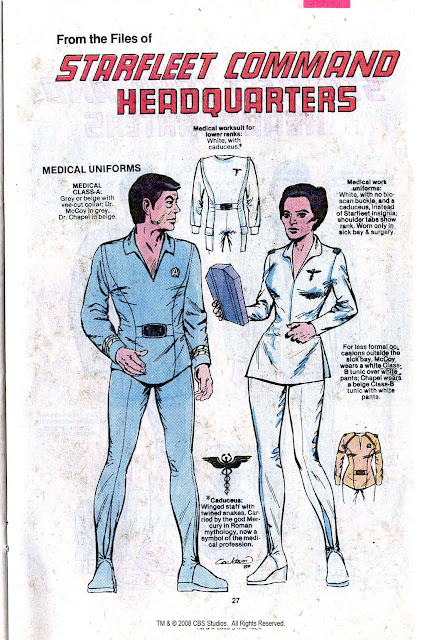 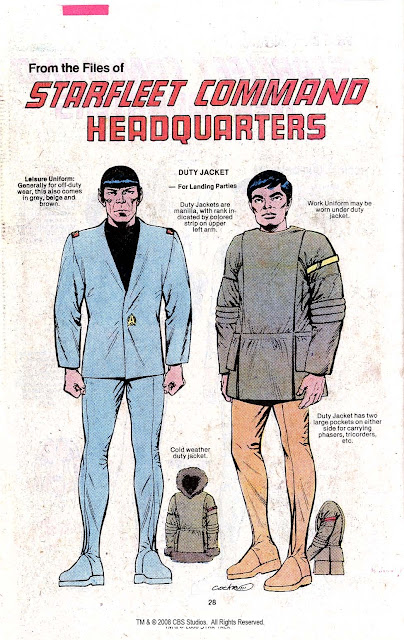 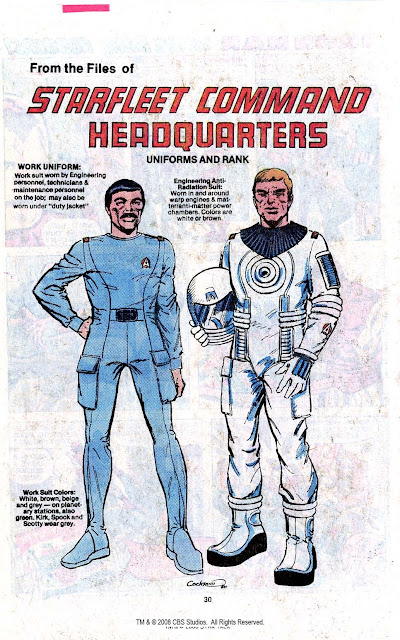