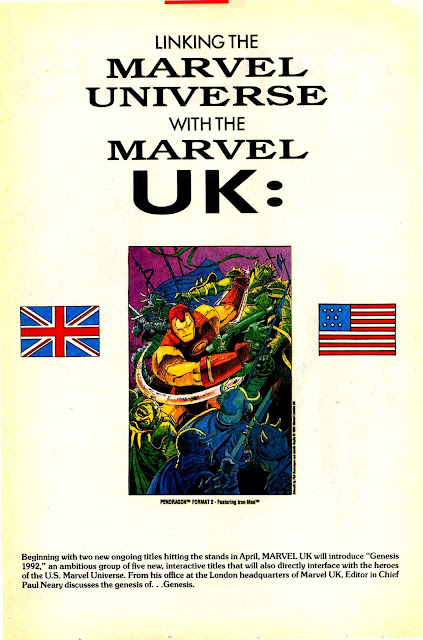 Here's an article from MARVEL AGE MAGAZINE 113 (cover-dated June 1992) ushering the beginnings of the Marvel UK sub-universe AKA GENESIS 1992.

It's an interview with Marvel UK head honcho Pual Neary outlining his early plans for the line.  Before the short-lived speculator boom sent the Annex of Ideas crazy, cranking out numerous ongoing and limited series (most somehow connected with Death's Head II) until the British line was the first to be sacrificed when the over-extended market went into free fall.

Long-time purveyors of British newsagents will recognise these titles as also forming the basis of the British fortnightly OVERKILL, Marvel UK's first attempt to really challenge the dominance of Tharg.  Overkill also - before too long - succumbed to the dubious charms of Death's Head II and - rather too swiftly - collapsed with the rest of the sub-universe.  In the piece, Neary states that there's no direct link between DH II and the G92 line.  Unfortunately, that didn't last.

Despite Overkill running the same strips simultaneously (albeit axing the pages - at least at first - that featured US characters), the individual G92 titles were available from British comic stores.  early issues were polybagged with a sticker plugging Overkill although this practice was soon dropped. 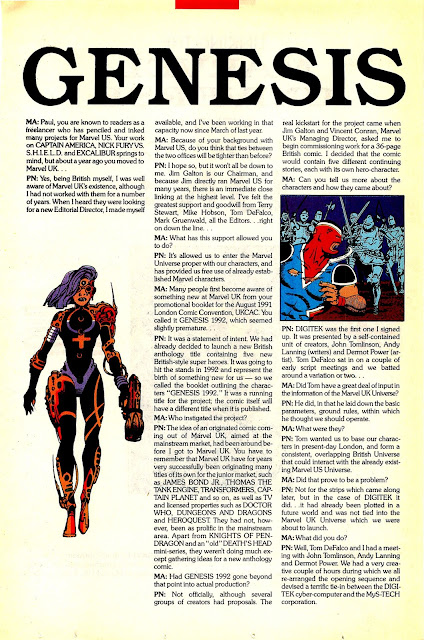 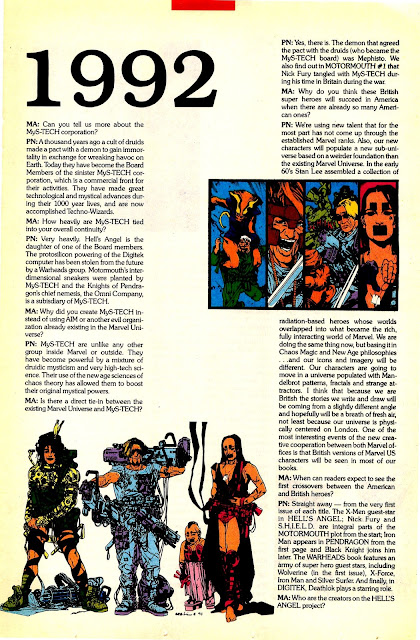 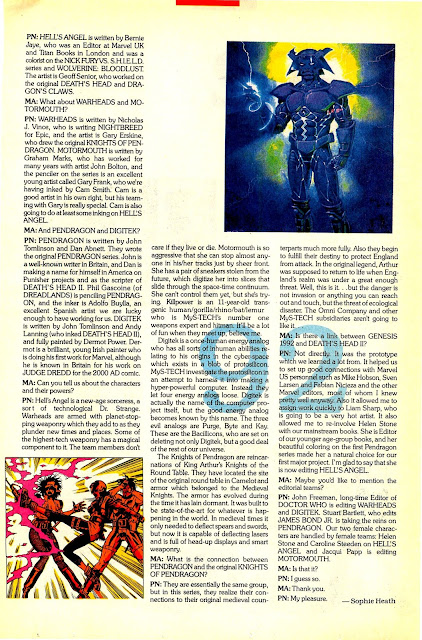 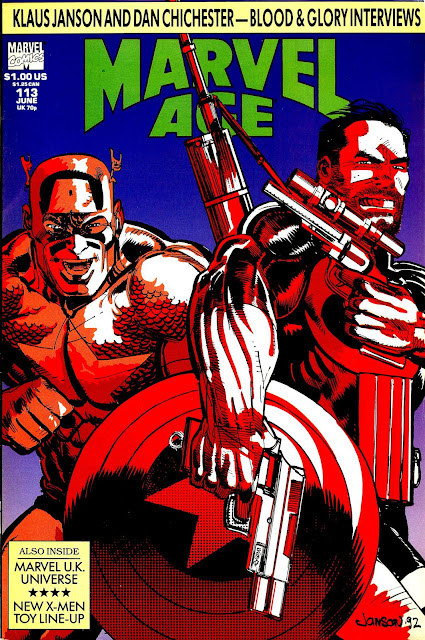