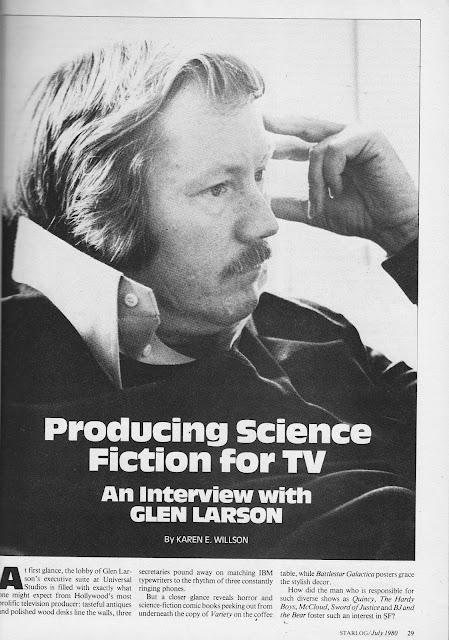 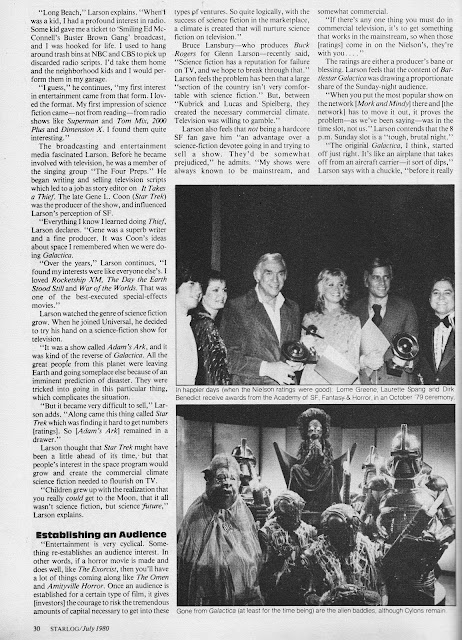 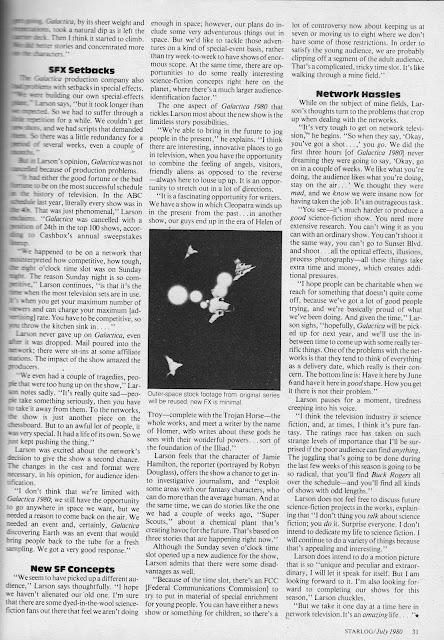 From 1980: TV Uber-producer GLEN A. LARSON interviewed in STARLOG issue 36.

The magazine has a July cover-date but the weird-world of deadlines and on-sale dates mean this interview must have been conducted pretty early in the year... when GALACTICA 1980 (bastard child of the Battlestar) still looked viable as a weekly series (it stalled after only a few weeks) and Larson had high hopes that the format would allow him (and I'm looking specifically at him as he wrote all bar one of the scripts) to tell any sort of tale he wanted.

Unfortunately, the axe fell before he could get the plots he talked about into production (and, interestingly, there's no mention of Return of Starbuck, suggesting that it REALLY was a last-minute deadline-buster slotted into the production schedule as a "double-up" because it placed few demands on the regular cast) so we were left with a show that seemed infinitely inflexible and highly dependent of Larson's sub-par attempts at writing what amounted to a succession of undemanding Disney-esque outings.
Posted by SLOW ROBOT at 07:33