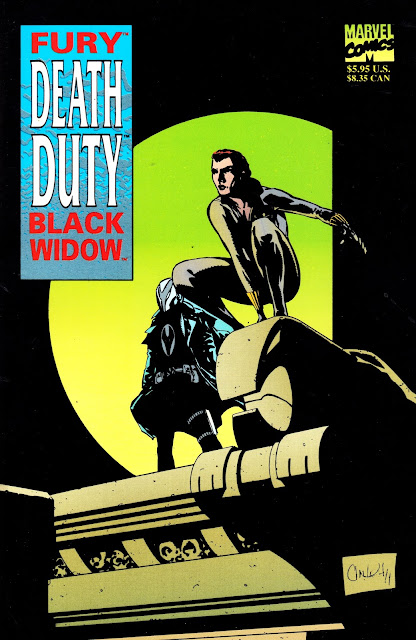 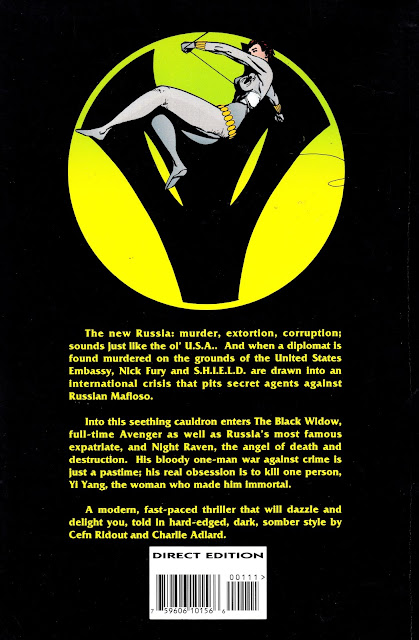 From 1995: A possibly oft-overlooked addition to the MARVEL UK pantheon, with excellent creative credentials, that snuck out of the New York office after the British branch imploded.

DEATH DUTY was a done-in-one bookshelf format edition starring Nick Fury, the Black widow and M-UK's Night Raven (apparently making his US debut despite having been appearing in assorted British books from 1979 onwards).

Writer Cefn Ridout was the former Editor of DOCTOR WHO MAGAZINE (during the troublesome 'hiatus' period circa issue 100 of the mag) who later worked for the short-lived Manga Comics in the UK, overseeing the likes of THE X-FILES, MANGA MANIA and SPACE PRECINCT.

Charlie Adlard illustrated THE X-FILES for Topps... and a whole lot more.
Posted by SLOW ROBOT at 07:31