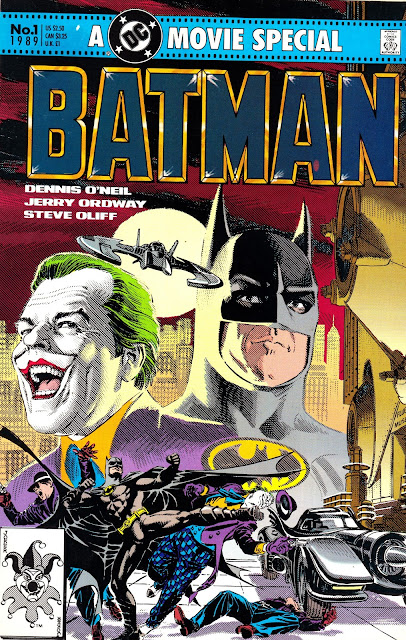 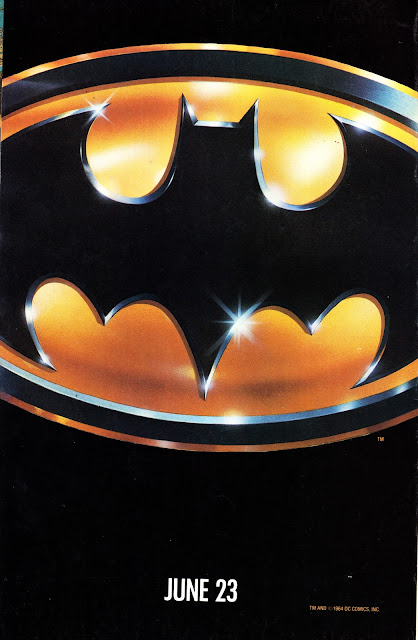 From 1989: The done-in-one DC Comics adaptation of the BATMAN movie.

DC, unlike Marvel, didn't seem to embrace the idea of stretching adaptations out over multiple issues, either as part of the regular run or (as was the fashion in the Eighties and into the Nineties) as a limited series.  They preferred the one-shot format.

This is the "floppy" edition.  There was also another, more upmarket, Bookshelf version in a better format and boasting an alternative cover.

The back cover is the US print spot for the movie itself (which works particularly well as a stylish back cover illo as well) featuring the ubiquitous logo.

Amidst all the perfectly stage managed hype, BBC TWO's THE LATE SHOW didn't an excellent episode dedicated to all-thing-bat.  I still have my off-air recording somewhere although, if I recalle correctly, atmospherics played merry hell with the signal that night.  Doh.
Posted by SLOW ROBOT at 07:10