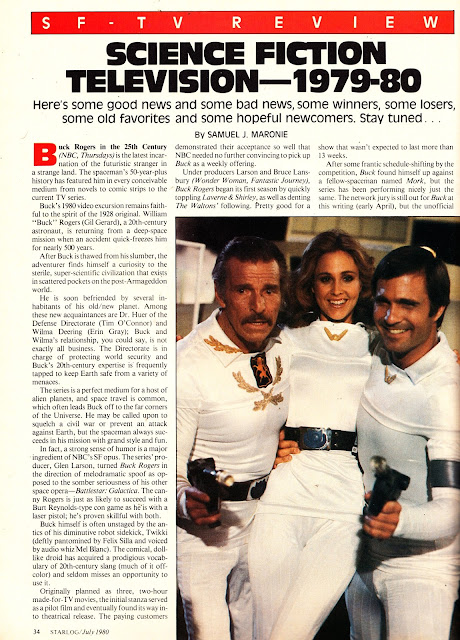 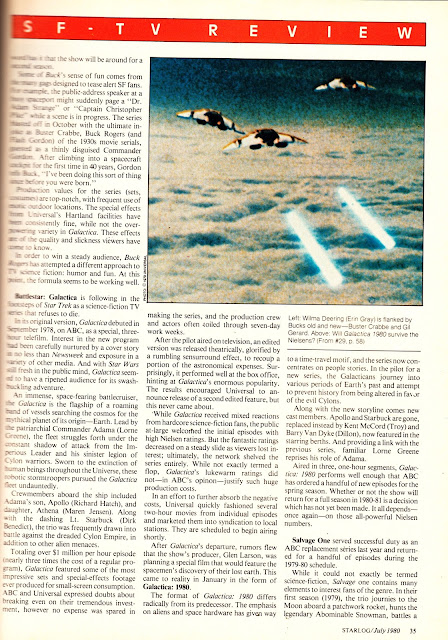 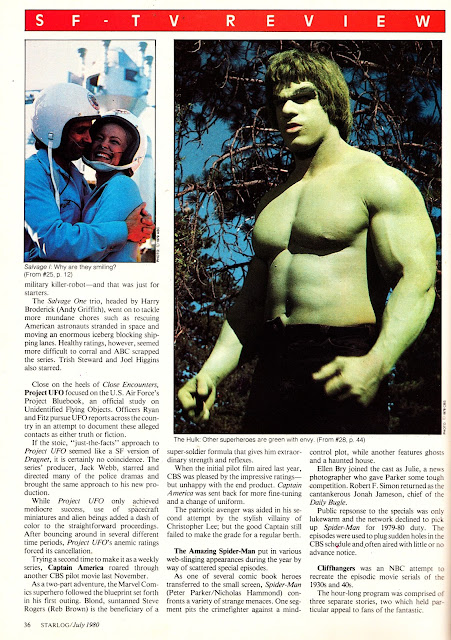 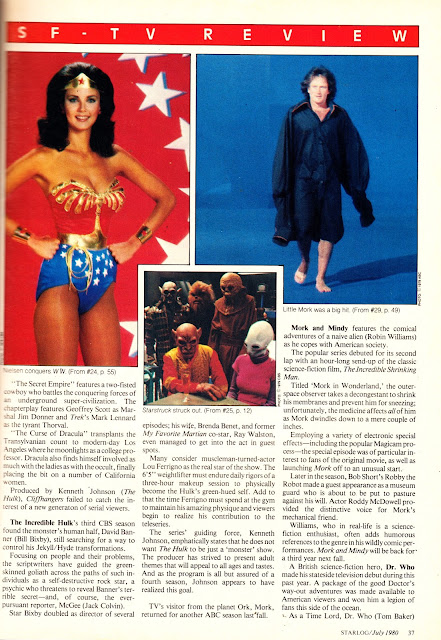 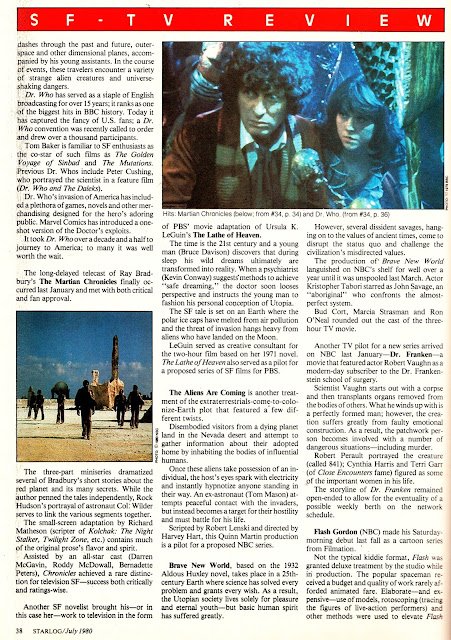 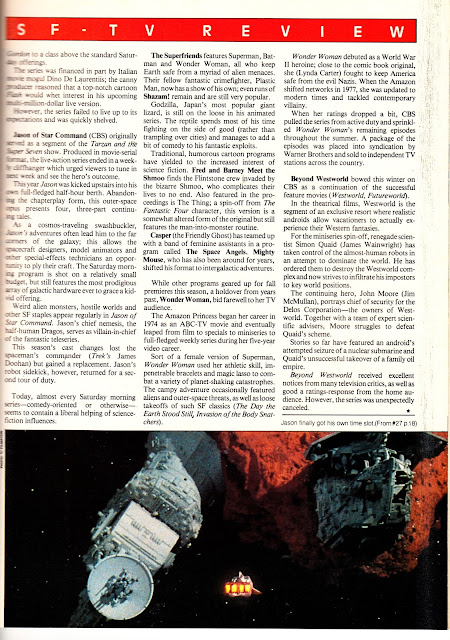 From July 1980: STARLOG's summary of the state of small-screen SF.

For me, this article perfectly captures the peak of Star Age SF-TV: all the dumb-but-fun US shows of the time are present and correct.

The superhero shows might have been winding down (Note to Hollywood: it's a boom-and-bust genre like any other... don't get too cocky...) but they were still present-and-correct.  Larson's domination of small-screen SF was ultimately pretty short-lived but this article sits slap-bang in the middle of his BATTLESTAR-BUCK-GALACTICA triple-play.

And there's a smattering of oft-forgotten shows like CLIFFHANGERS (from Ken "V" Johnson), SALVAGE 1 and THE MARTIAN CHRONICLES that are worthy of revisiting.

By my reckoning, we'd have to wait until the 1990s for another comparable wave of telefantasy (a combination of multiple Treks still pretty much at the top of their game, several other syndicated spacers chasing a piece of Paramount's lucrative action and a wave of X-wannabes dolling out ghosts and aliens on moderate budgets.

This article appeared in STARLOG issue 36.
Posted by SLOW ROBOT at 07:53