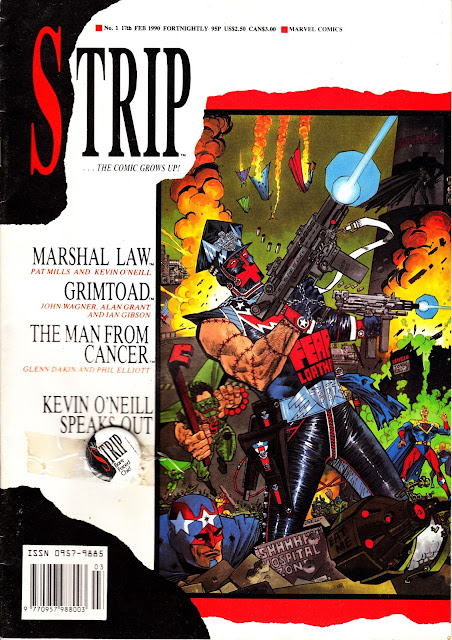 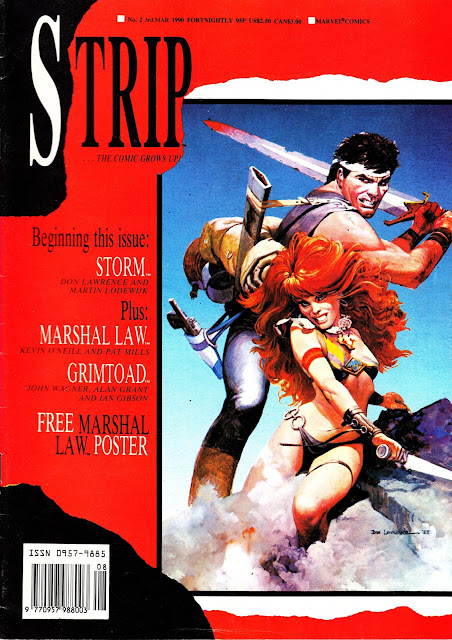 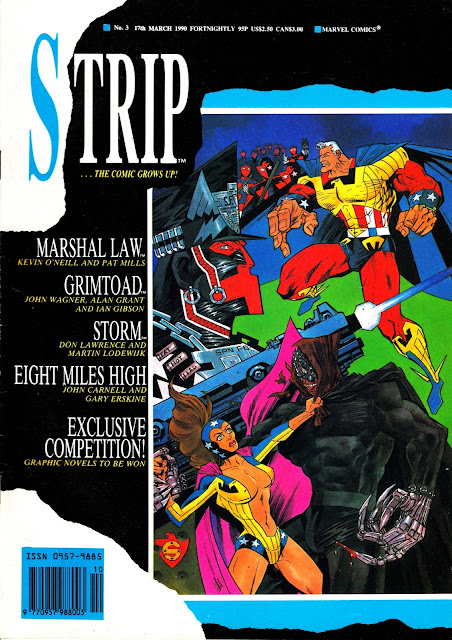 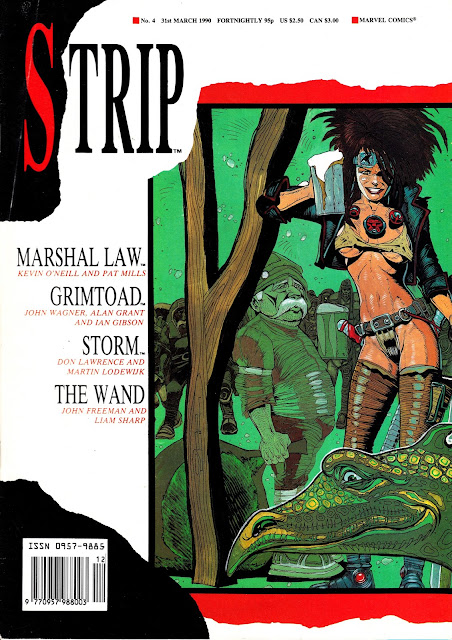 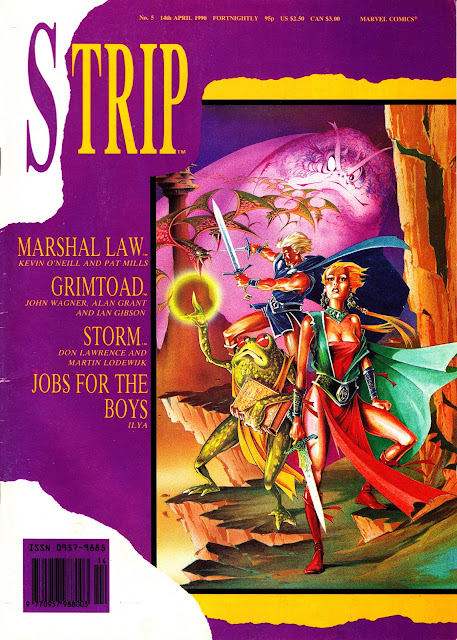 As the sub-title ("The comic grows up") suggests, this was one of the many 'Mature Readers' title that followed CRISIS onto the shelves of the nation's newsagents in the hope of capturing a chunk of the apparently large, and hitherto under served, market of older readers who were still keen for a bit of paneled action but had little in the way of options beyond 2000AD.

The publishers, of course, hoped that this untapped revenue stream might (in some small way) off-set the collapse in sales of weeklies AND that one-time reliable cash cow: the annual.

Of the assorted launches of the time (CRISIS, REVOLVER, BLAST, DC ACTION, ZONES, MELTDOWN, DEADLINE, TOXIC and others), only the JUDGE DREDD MEGAZINE proved to have any longevity (thanks it part to a bewildering number of relaunches and reboots).

Kudos to the Annex of Ideas for putting some real effort into strip.  You can see from the covers above that it's a top-notch, although possibly not very commercial, roster of strips and creators.  And the British Bullpen, once the home of the low-cost reprints, packaged them up in an appealing but not overly expensive full-colour format.

The business model herein was, where M-UK had commissioned the material, it was also destined for collection as a graphic novel.  The Grimtoad material was reprinted as done-in-one book, as was (from later in the run) the return of Death's Head.  Night Raven, due to start in the 21st issue, ultimately only appeared in a collected edition when Strip was cancelled without warning.

As we'll see later in the run, The Punisher snuck in (following the cancellation of his own book) in what looked suspiciously like an unofficial merger (even through the Strip... errr... strip hailed from the Seventies and didn't pick up where the weekly/ fortnightly left off) even through it was supposed to herald a new run of "classic" reprints.  Quite what else was due to follow Frank Castle's formative years remains unclear.