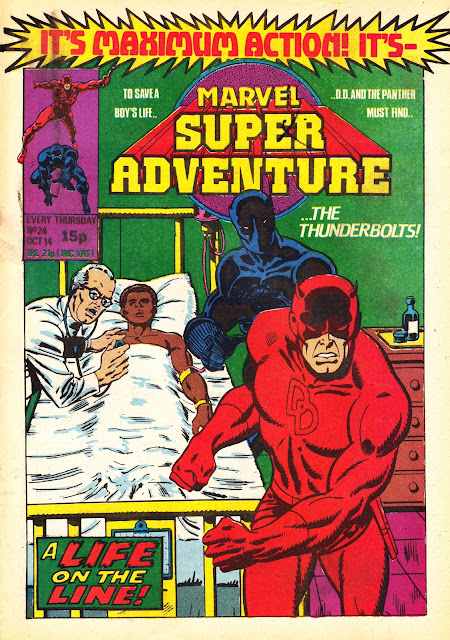 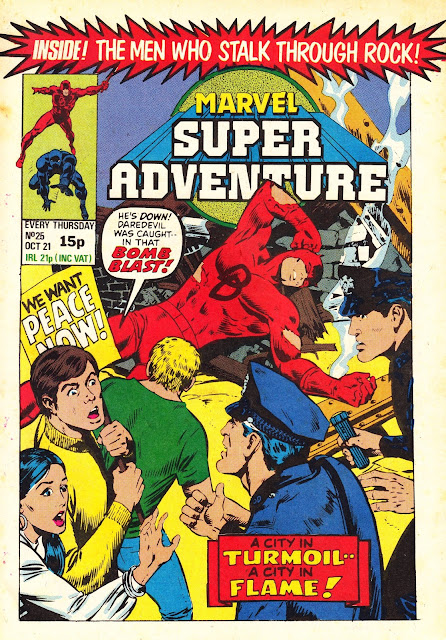 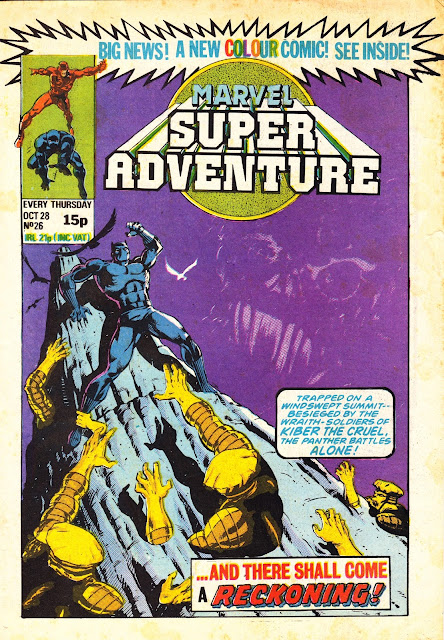 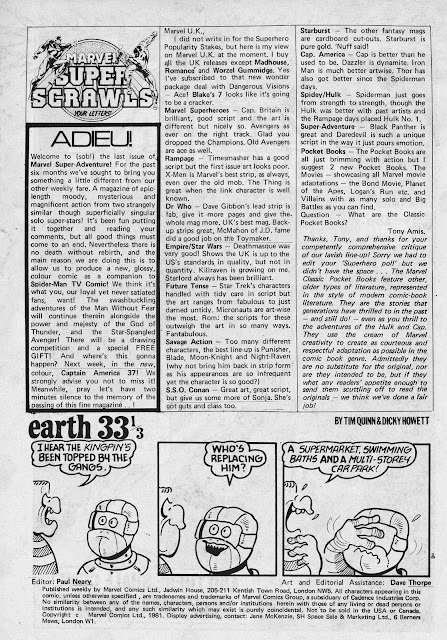 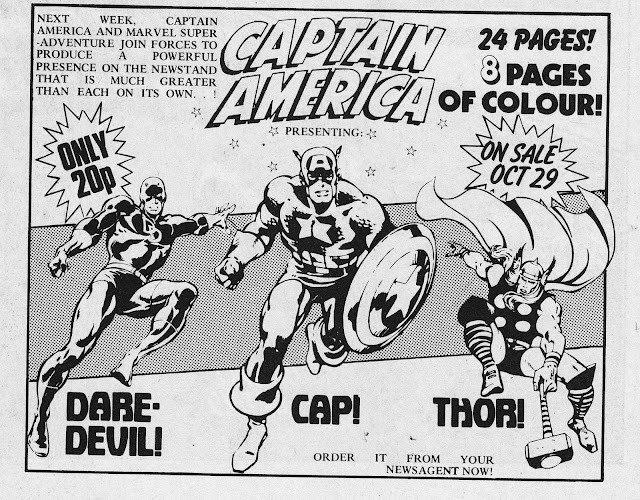 From October 1981: the end is nigh... the final weeks of MARVEL SUPER ADVENTURE.

Although it managed to outlive its companion MARVEL ACTION by sixteen issues, MSA didn't really fare much better and followed it into the pages of CAPTAIN AMERICA before the end of the year.

The merger, which saw Daredevil survive but the MSA brand immediately vanish without trace (the first 'merged' issue conspicuously didn't mention MSA anywhere on the cover), coincided with the return of glossy covers (banished from the superhero weeklies since the Marvel Revolution of early 1979) and it's possible that the Bullpen deemed MSA unworthy of the upgrade... or they believed that marginal sales wouldn't survive the increased cover price (a 5p jump to 20p a copy). 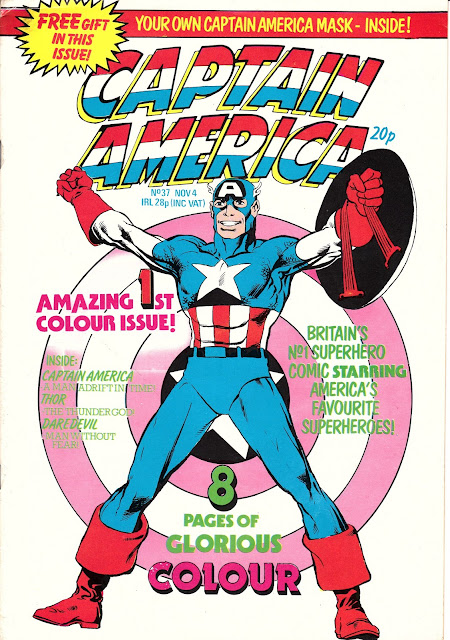 The CAPTAIN AMERICA weekly, which also included Thor from the Marvel Action merger, was also on borrowed time.  This second merger, combined with the relaunch, pushed it into the following year but it was still cancelled in April.

The Black Panther didn't fare quite so well and the end of MSA marked the last regular outing of the character in the UK line.

Note the use of the word "newstand" in the half-page ad for the merger.  It might have been common parlance in the States but barely used here in the UK.

BTW, for some reason I didn't scan the cover of issue 23.  I'll add it next time I have a scanning sesh.
Posted by SLOW ROBOT at 17:07