1990: PLANET OF THE APES in COMICS SCENE MAGAZINE (Starlog) 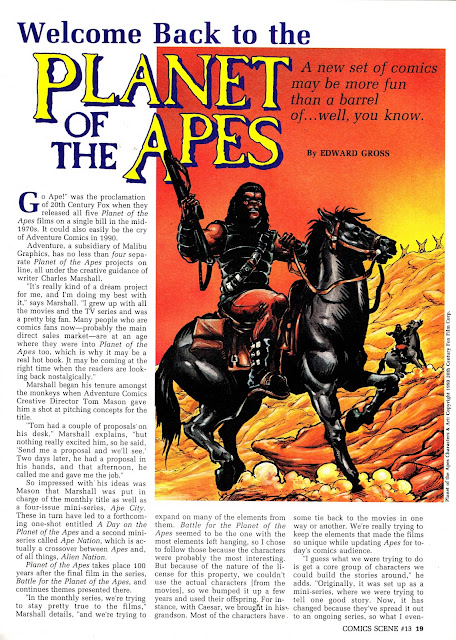 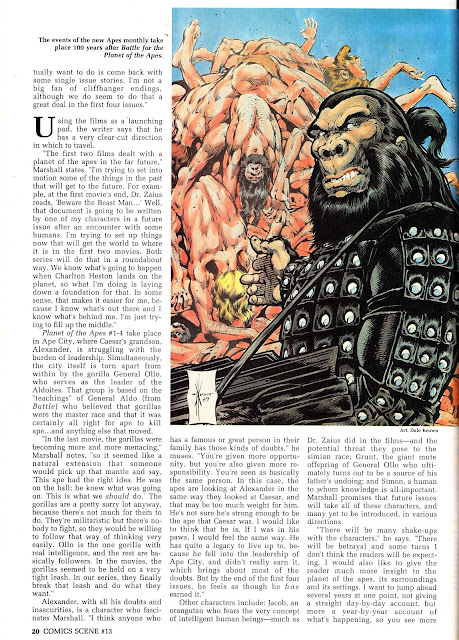 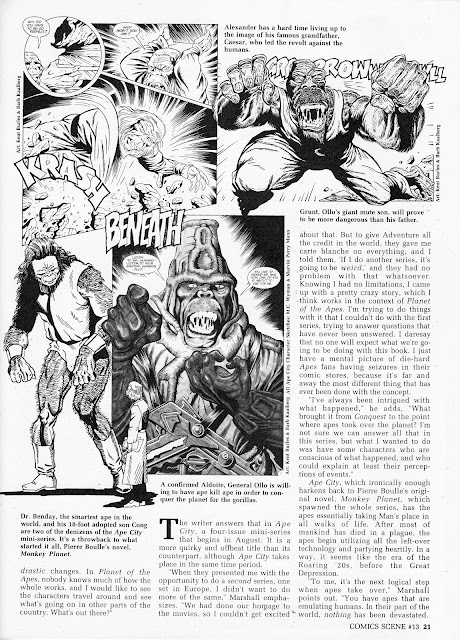 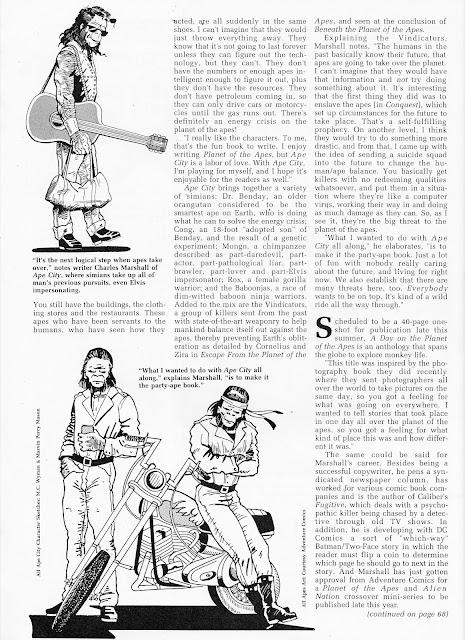 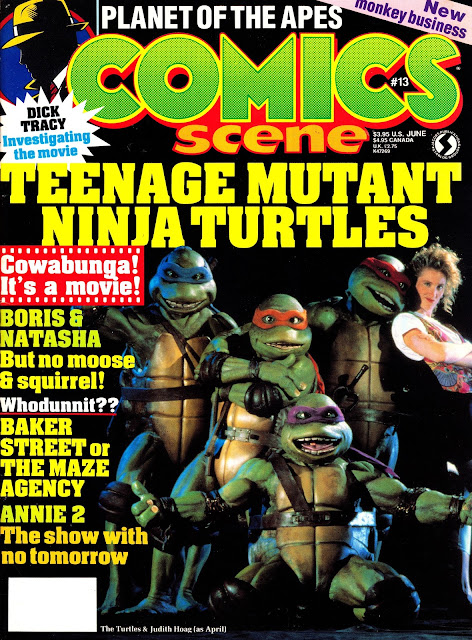 This was the first time that the saga had been gifted a comic book version since the dying days of the 1970s Apes boom and Marvel's decision to drop the license on both sides of the Atlantic.

I'm not overly familiar with the Adventure Comics titles but I do know there was a lot of them... and the creative teams liked to play fast-and-loose with the format established in the screen incarnations.  Licensing restrictions meant that, with the exception of reprints of Marvel's after-the-fact adaptations of the first two movies, the film and TV characters were off limits.

Adventure also reprinted some of Marvel's original strips (the only time to date that any of that inventory has seen the light of day again... amazing considering POTA's intermittent longevity in print and on screen) in the TERROR ON THE PLANET OF THE APES four-parter.  See here for more on that run.

The POTA books (all of which, with the exception of the bonkers APE NATION, see here, appeared in black & white) seemed ubiquitous at the time but seldom seem to surface in any numbers in the UK today.
Posted by SLOW ROBOT at 08:09