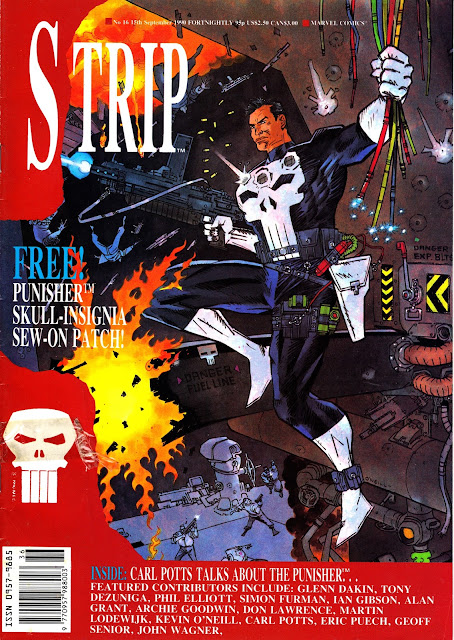 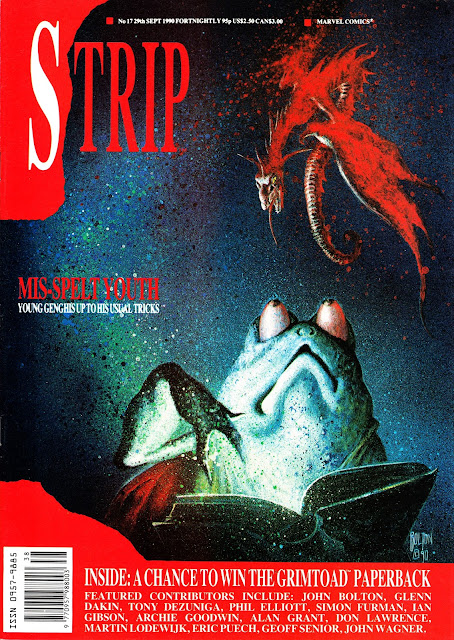 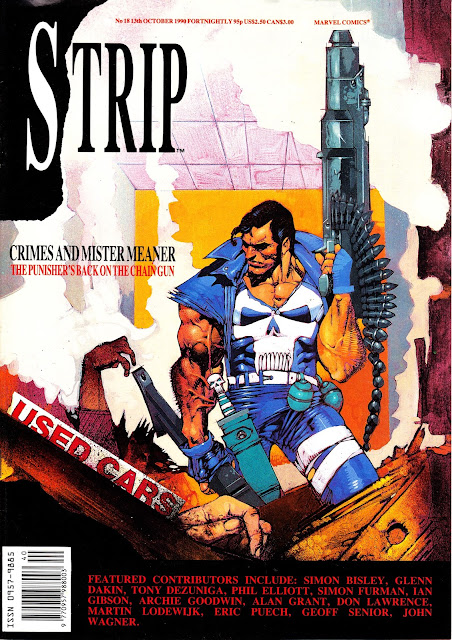 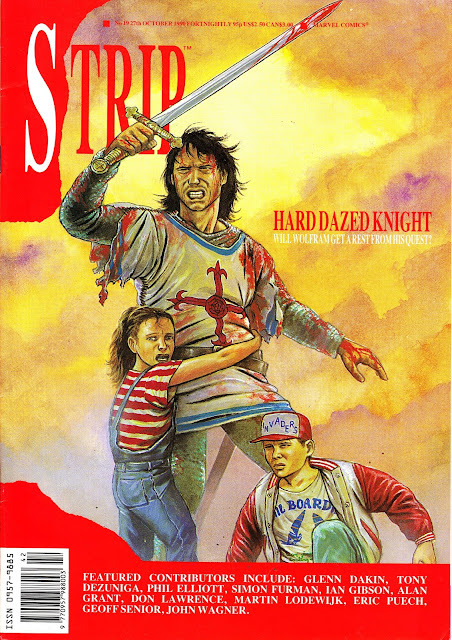 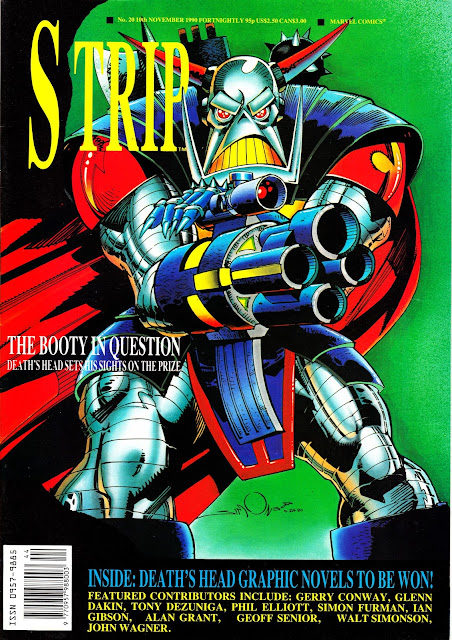 The sixteenth issue saw the arrival of THE PUNISHER to the ranks.  Although this may appear to be a merger of Castle's own weekly (cancelled after thirty issues), it isn't really.  The last issue of his solo title had actually hit the stands in late February) and he didn't join Strip until September.  Nevertheless, the British Bullpen still pushed the boat out with a free fabric patch along the lines of the ones that accompanied the contemporary launch issues of STAR TREK THE NEXT GENERATION and THE COMPLETE SPIDER-MAN (suggesting that there were some economies of scale by having three designs made).

Rather than pick up where the ongoing title unexpectedly left off, Strip went back to the character's roots by representing, albeit now in colour, his first pulp-inspired adventure from two decades earlier.

See here for the final issues of Punny's own British book.

The DEATH'S HEAD strip (The Body In Question, collected as a graphic novel the same year.  See here) wrapped with the twentieth issue, leaving a vacant slot destined to be filled by the return of another M-UK here: NIGHT RAVEN. 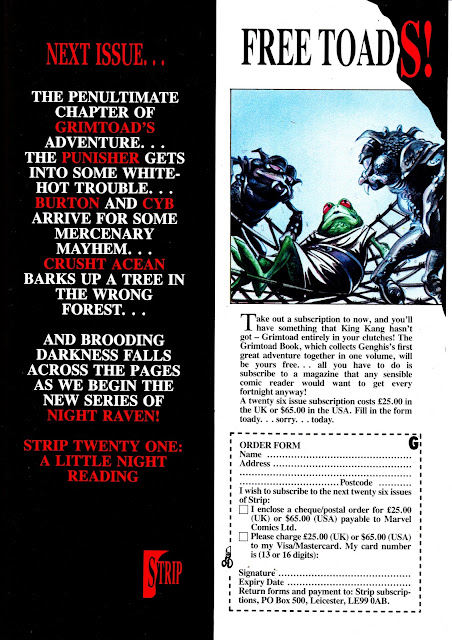 Unfortunately, the Marvel axe swung without warning again and despite the investment in the new material (and continuing to offer subscriptions), the 21st issue never appeared.  Ooops.

The new NIGHT RAVEN material did appear in book form.  Twice.  It was first issued in late 1990 as a graphic novel and then, with the GENESIS line in full swing, reissued as a prestige format one-shot.  It's actually the latter that is far harder to find.  Both editions appear here.
Posted by SLOW ROBOT at 16:47