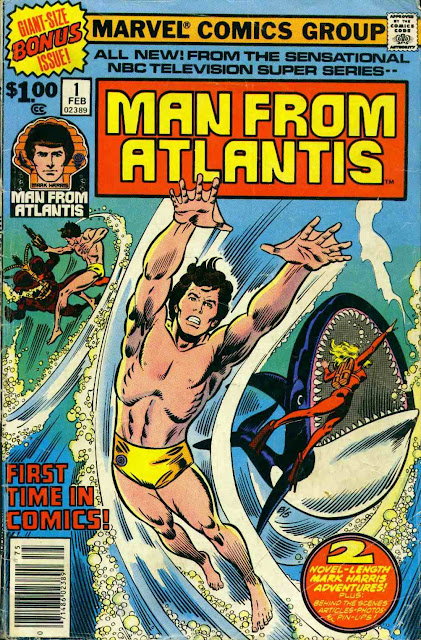 This is a minor moment from the depths (ahem) of Marvel's Back Issue boxes: The MAN FROM ATLANTIS tie-in comic.

This always seemed an odd choice for Marvel to publish considering the TV show was so similar to their own SUB MARINER character.  I can only assume that Marvel either felt THEY should be doing a book that ripped-off one of their own characters OR gaining the publishing rights was some sort of out-of-court deal between the East and West Coasts to appease Marvel's lawyers.

The TV show began, in March 1977, as a series of four TV movies starring Patrick Duffy as the stranger with the odd swimming style.  The tele-flicks led to a short-lived weekly series from that September.  In a sure sign of ratings meltdown, nine episodes aired before the end of the year with the final four scattered through May and June the following year.

Marvel's comic book version appeared at the beginning of 1978, just as the TV show was spluttering.  As the cover above indicates, the first issue was a weighty whopper although the remaining seven issues were in Marvel's standard format and page count.

Once again, Marvel turned to the prolific penmanship of Master Media Adaptor Bill Mantlo to helm the four colour incarnation.

MFA, as was often the case way-back-when, made a greater impression on international audiences.  But - for some reason (presumably licensing exclusivity), Marvel UK didn't pick up his trunks for a British audience.  ITVP's LOOK-IN did run a double-page tie-in strip during 1978.

A recent article in the always stupendous BACK ISSUE magazine covered the life (and death) of the comic book version and - as always - it's well worth a read.

The MFA has been released (finally!) on DVD in the United States.  As the pilot movies and series are sold separately, if you have to make a choice, opt for the superior tele-flicks four-pack than the lacklustre weekly series. 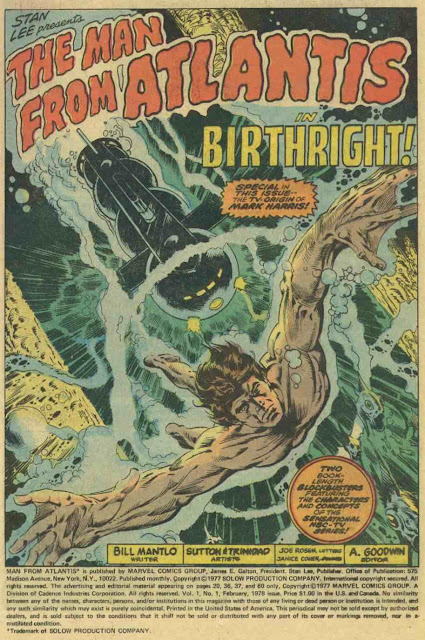 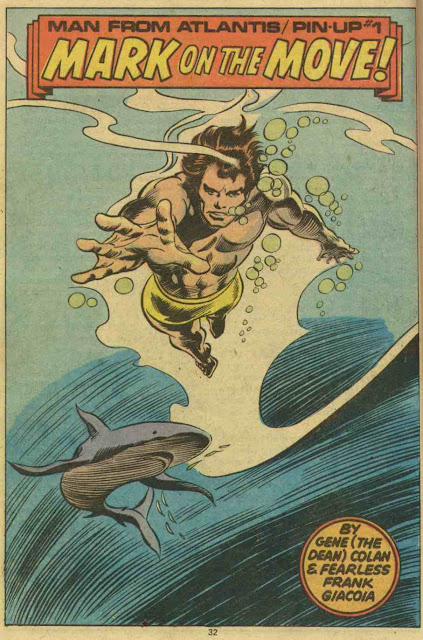 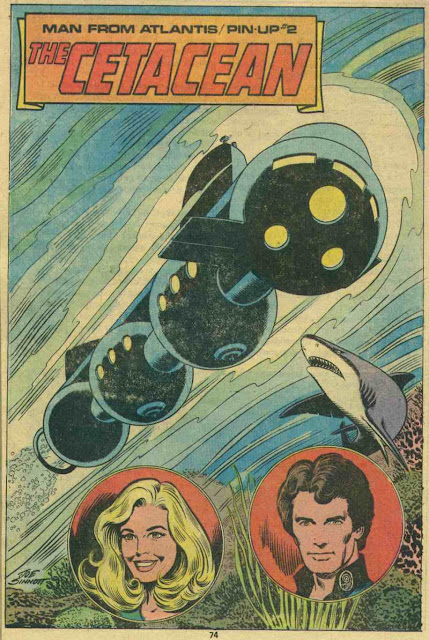 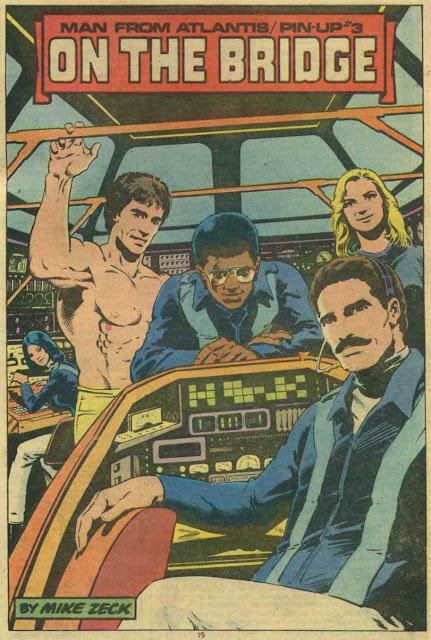