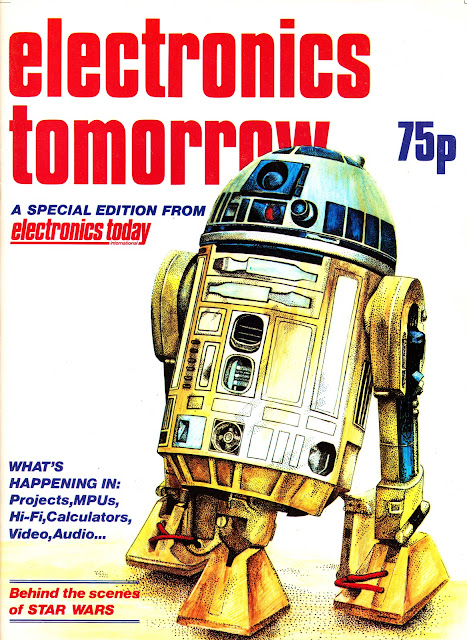 Here's an oddity from the vaults: a one-shot spin-off from ELECTRONICS MAGAZINE with an extended STAR WARS feature.

When I saw the cover, I dismissed this as another opportunist (and strictly unofficial) quick-killing cash-in.  But the cover was rather nice (and the price was right) so I bought it anyway.

Inside, hidden between pages (and pages) of impenetrable circuit diagrams and essays on all things electronic (invoking long-buried memories of GCSE Technology) is a lengthly SW piece... with some behind-the-scenes material I doubt has ever been seen anywhere else.

As befits such a magazine, they've taken the lid off the various non-humanoid droids (most of them background players in the Jawa sequences) peppered throughout A New Hope.

I love some of the names allocated to these topless 'bots (Dome, Stick, Umbrella and Box).  It's refreshing to return to a time before Lucas hadn't spotted the marketing potential of everything and professional fans hadn't started building the "expanded universe" to give every bit-part player (and object) an elaborate (and unnecessary) back-story.

ELECTRONICS TODAY (a Modbags publication) is not a magazine I'm familiar with but a quick Google search suggests it had a long history (launched in Australia in 1971, with the UK version arriving the following year) and several international editions.  The Wikipedia entry isn't clear but I assume it has now ceased publication in the UK. 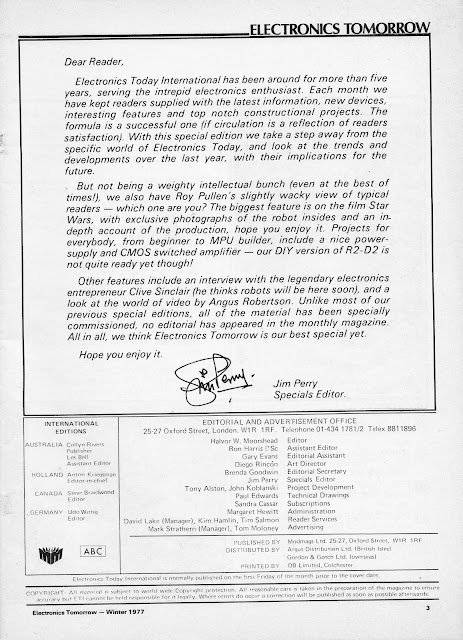 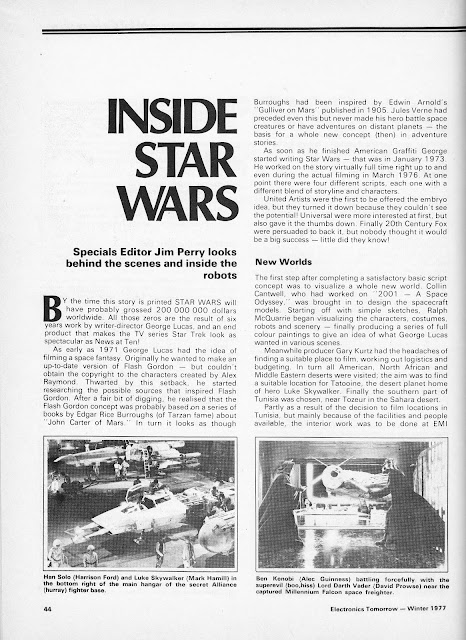 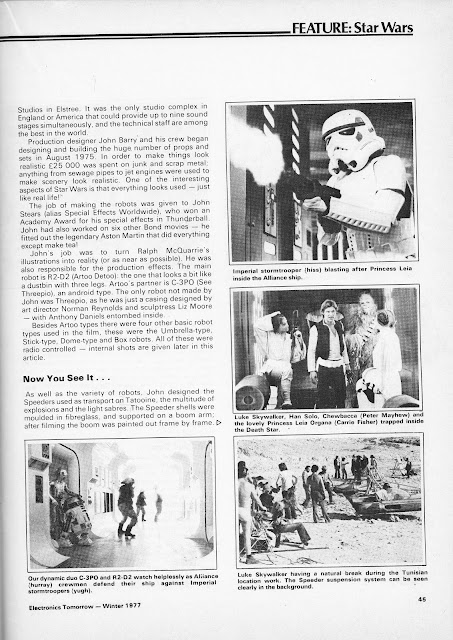 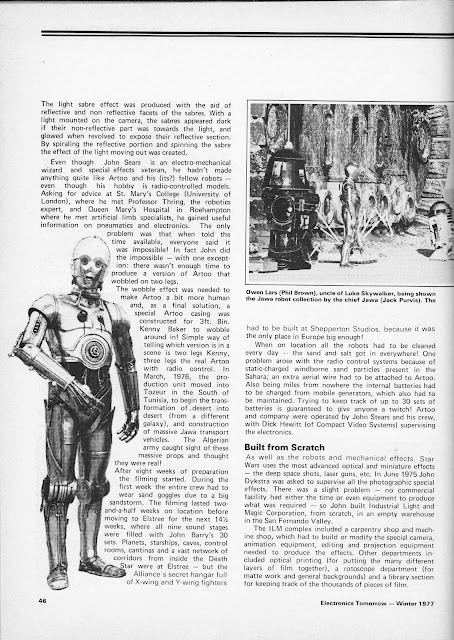 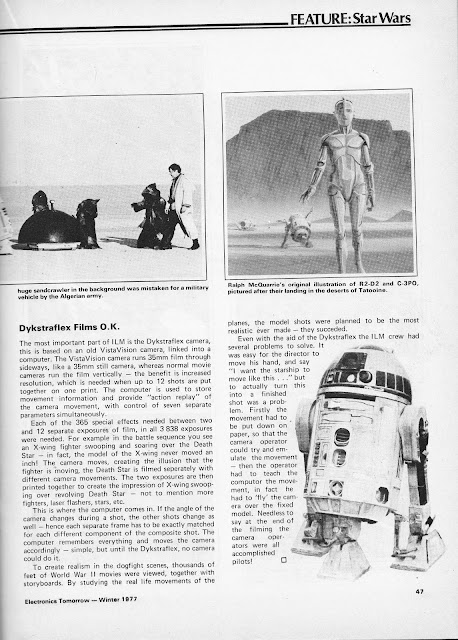 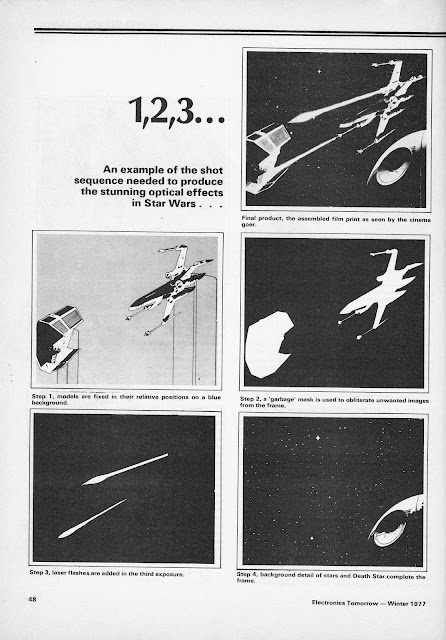 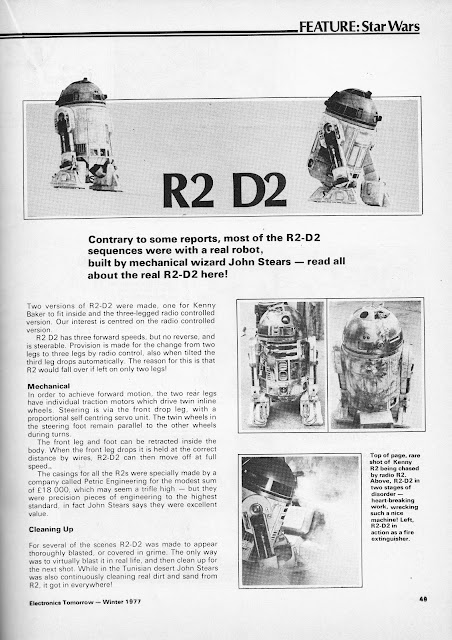 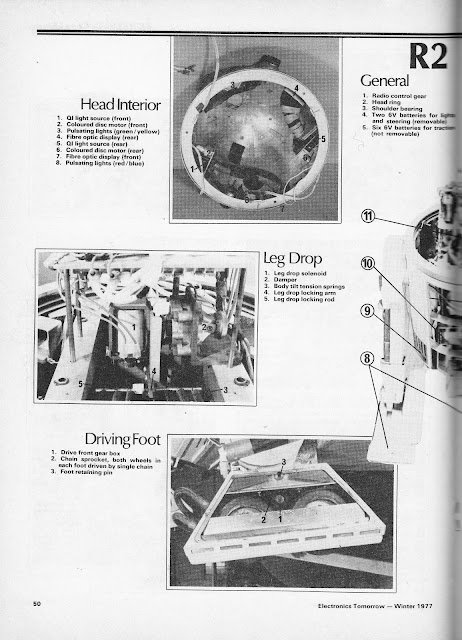 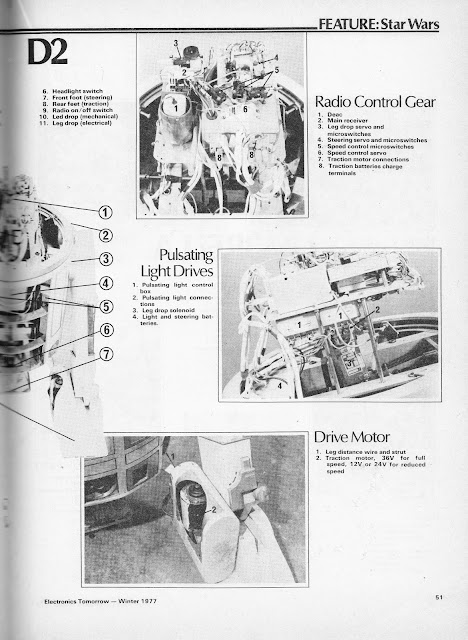 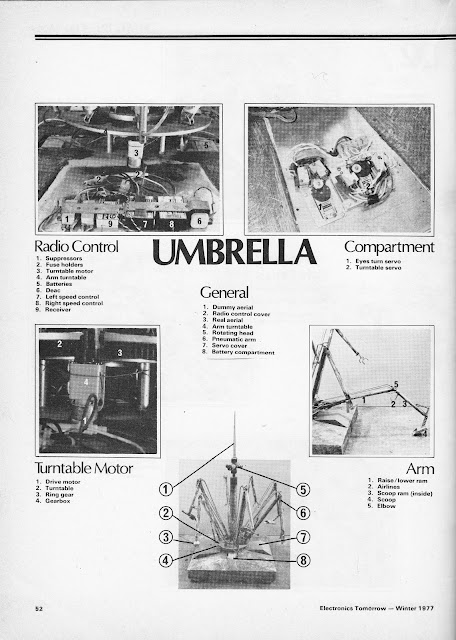 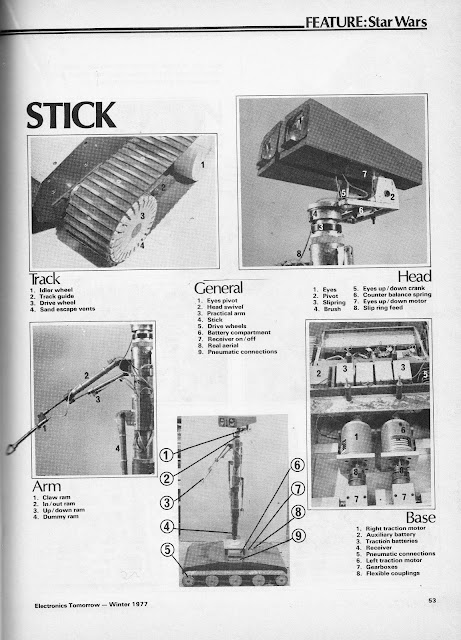 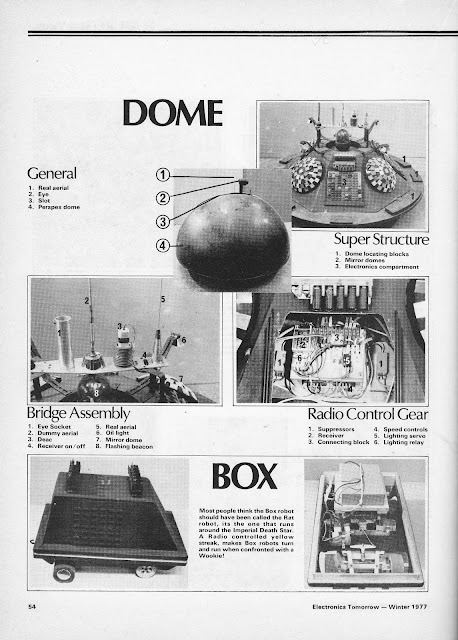 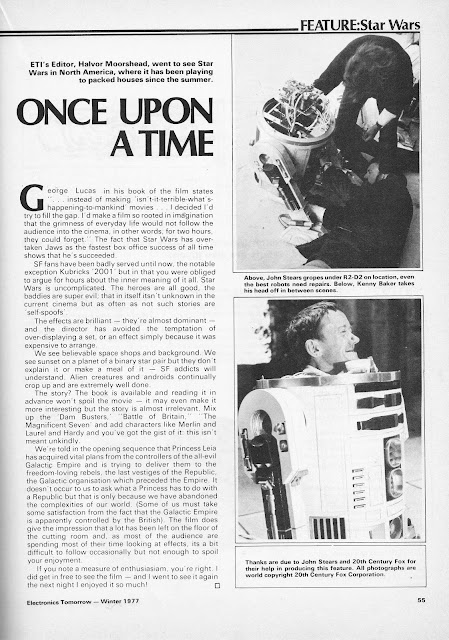