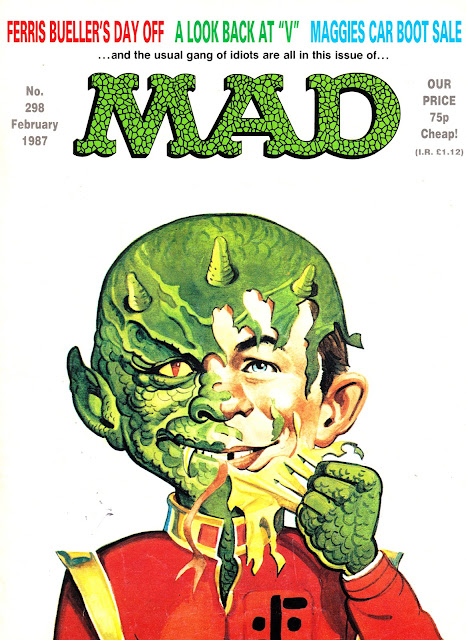 THE VISITORS ARE NOT OUR FRIENDS... BUT THEY ARE FUNNY!

V: THE SERIES is already pretty hilarious (and red-hot when sexy space bitches Diana and Lydia are on-screen) but that didn't stop MAD MAGAZINE from having a crack.

This is from the (now long-defunct) British edition of the magazine, published in early 1987.  As the cover line suggests, they were a little behind-the-times with this particular spoof (the show was off NBC's schedules by Summer '85) but, presumably, the UK editors still felt that the invaders were still sufficiently ingrained into the memories of British readers to shift a few copies.

Knowing ITV's lacklustre approach to imports, it's entirely possible that episodes of the weekly series were still doing the regional rounds.  They were certainly dusted-off by many regions when ITV launched their overnight schedules late in the decade. 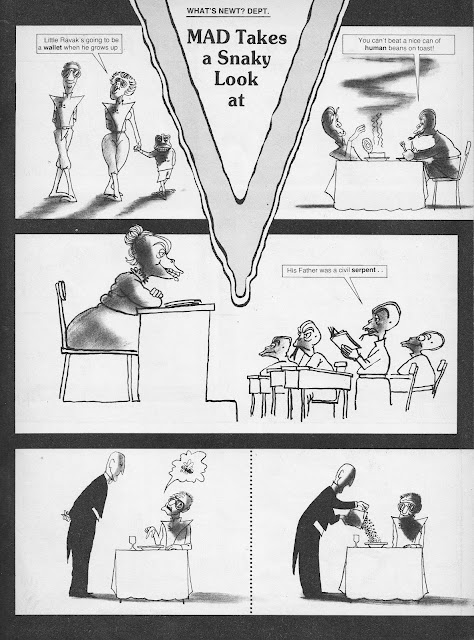 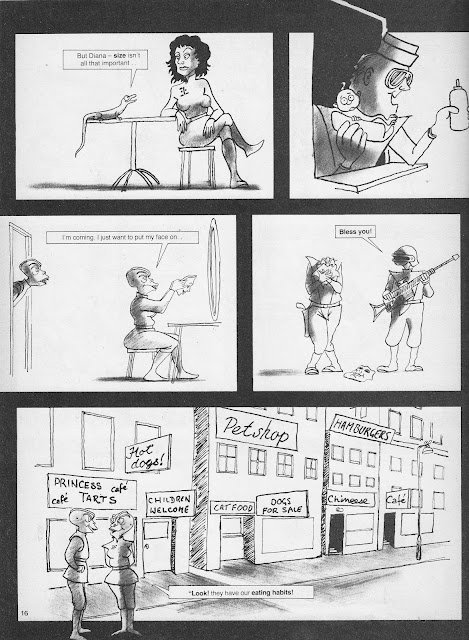 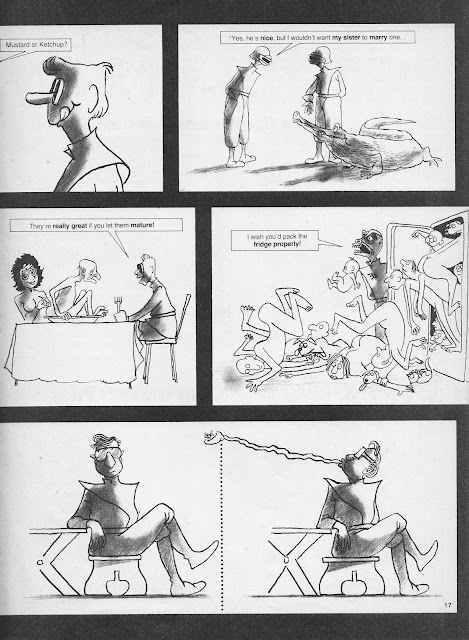