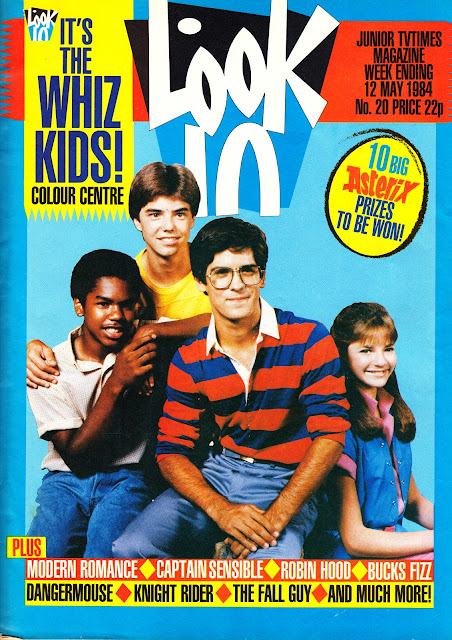 WHIZ KIDS (not to be confused with the contemporary series of books with the same name) is one of those great half-forgotten shows of the eighties.  At the time it seemed to be a sure-fire combination of kids, computers, crime and BMX bikes (think: FAMOUS FIVE with gadgets) but its cutting-edge technology has (as these things tend to be) left it looking painfully dated, presumably contributing to a lack of repeats and DVD releases.

The show, which clocked-up a mere 18 episodes, aired for a single season on CBS between October 1983 and June 1984.  It reached the UK, in ITV's Saturday afternoon import slot, in May 1984.

Rather obviously inspired by the flick WARGAMES (1983), the show revolved around the kids solving various computer-related crimes because, of course, the adults had no idea about all this new-fangled technology.

This LOOK-IN cover and centre-spread feature accompanied its UK premiere.

The show's star Matthew Laborteaux (who, judging from the cover above, had unfeasibly hairy arms for a teenager) should have already been (vaguely) familiar to British viewers: he'd previously headlined THE RED HAND GANG, repeated several times by the (value-for-money minded) BBC. 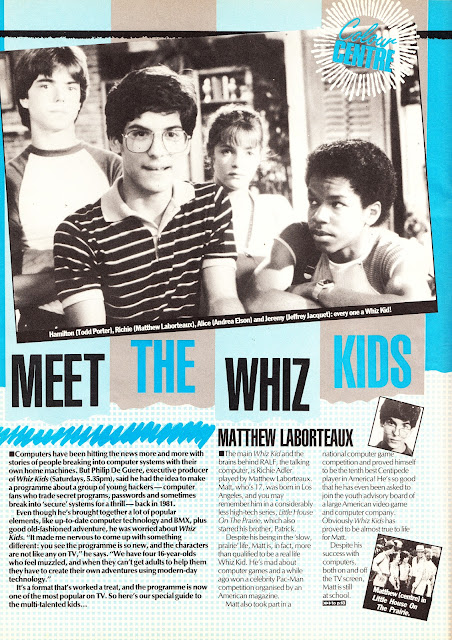 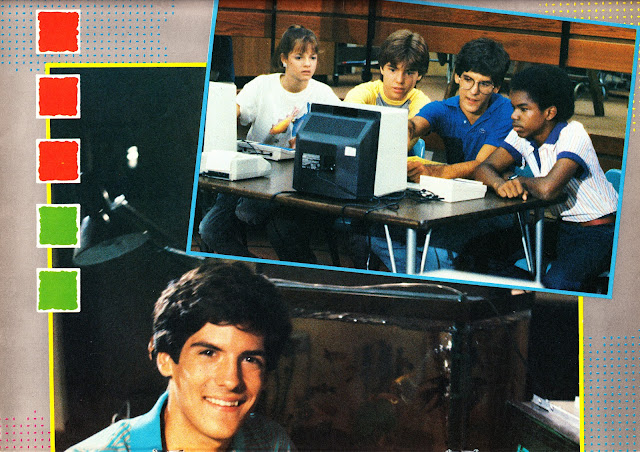 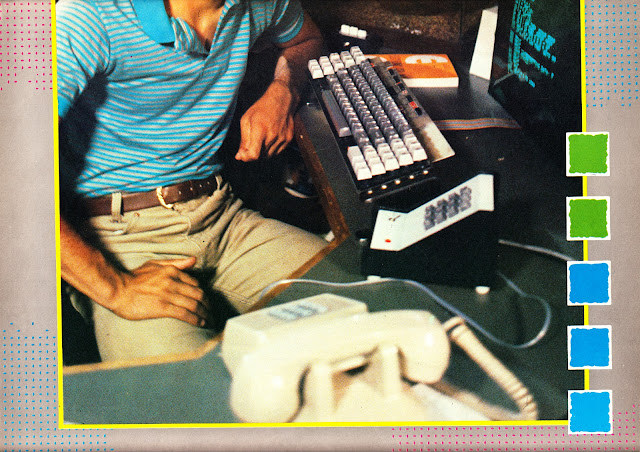 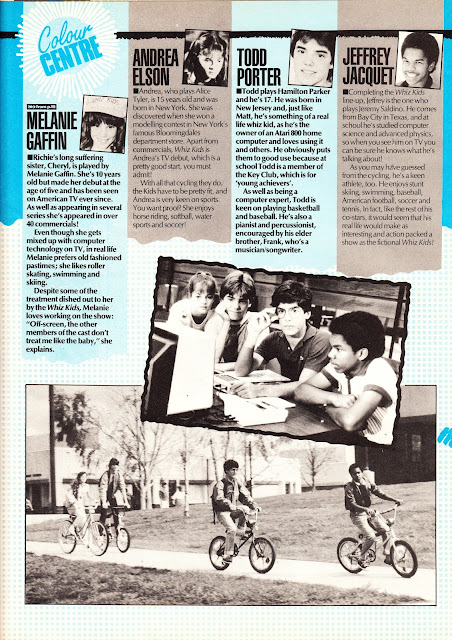