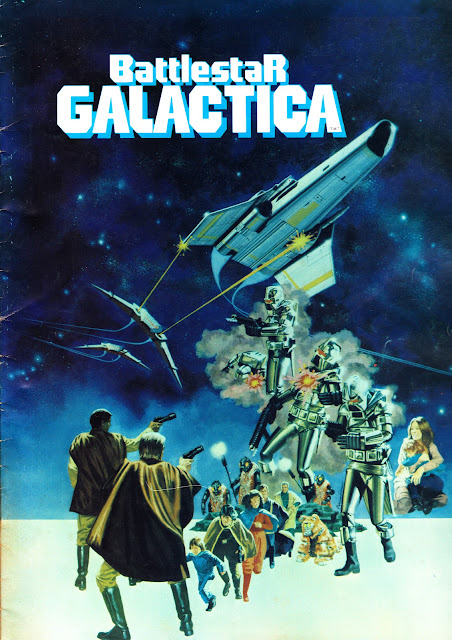 I picked-up this seldom-seen (at least by me) blast-from-the-past from the internet last week.  It's the BATTLESTAR GALACTICA THEATRE PROGRAM from the US theatrical release of Saga of a Star World back in 1979.

It's not something I was previously aware existed but, I think, cinema programs (or is that programmes?) were fairly common at the time on both sides of the Atlantic.  I'm sure an expert/ collector would have a much better idea of their history and when they went out-of-fashion.

It's a nice, glossy, 18-page booklet published on good paper stock.  Its dimensions are actually slightly wider than A4 which means, when I scanned it, I had to shave a little off the edges. The only page where this was a bit of a problem was the cast and crew lists on page 17, they came very close to being cropped.

I assume this was originally sold in US theatres as a memento of seeing the film.  There's no price printed anywhere on it (which, I guess, allowed individual managers and chains to set their own) nor is there anything to link it to a particular chain.  I'd guess this was a fairly pricy purchase at the time as production standards are high and there is no outside advertising to help cover the costs.

The cover is the oft-used piece of publicity key art by Robert Tannerbaum.

The majority of the photos are familiar publicity shots seen in a large number of contemporary publications.  However, several are new to me which suggests they were not widely used.  The exotic alien, top-left of page 10, is not a picture I've seen before (nor is it a character I've ever noticed on-screen.  Presumably, it's one of the casino patrons).

There are also several stills, scattered throughout, that are from other episodes of the TV show (Apollo and Serina from Lost Planet of the Gods and Apollo and Starbuck from The Gun on Ice Planet Zero) which suggests that someone muddled the photo-file or they felt like they needed a broader range of stills.

The behind-the-scenes information, pages 14-15, give a rare opportunity to see the production team.

Perhaps not unsurprisingly, there's no mention that this started life as a TV project although Larson's many credits should have been a massive clue that this was a project from people with a TV, rather than features, background.

The Battlestar "faux feature" was released in US theatres AFTER the TV show was cancelled in an effort to milk as much residual cash out of the faltering franchise as possible.  Remarkably, it fared fairly well by all accounts (and no-doubt pleased Universal's accountants too).  It's the same edit that had been doing the international rounds since its premiere in Canada the previous year (BEFORE the TV show had even debuted on ABC, giving Canadian fans the first opportunity to see Battlestar).  It's shorter than the TV version, sacrificing character scenes and retaining almost all the action.  It was "enhanced", at sites that had the technology fitted, with Universal's Sensurround bone-shaking sound technology. 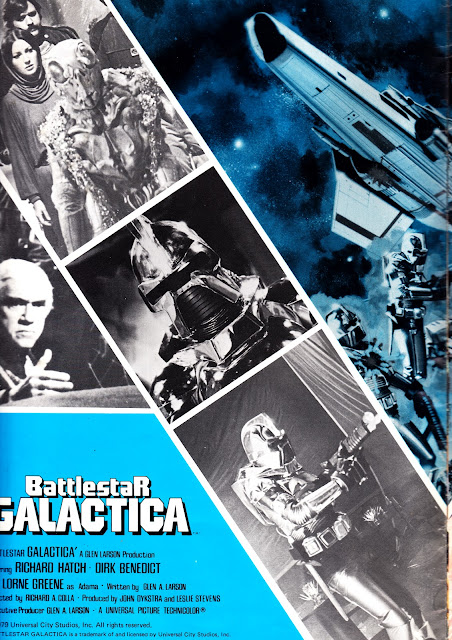 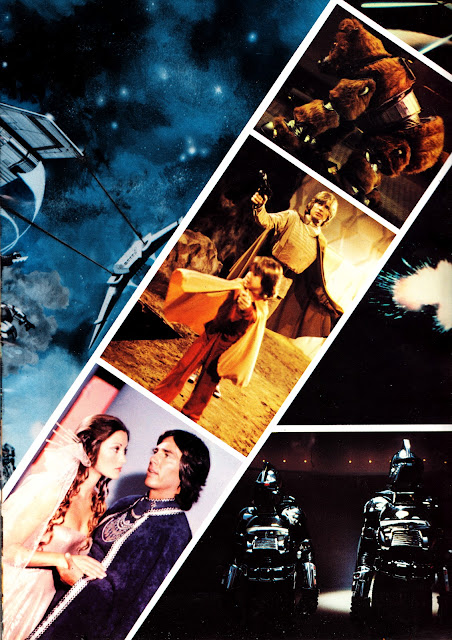 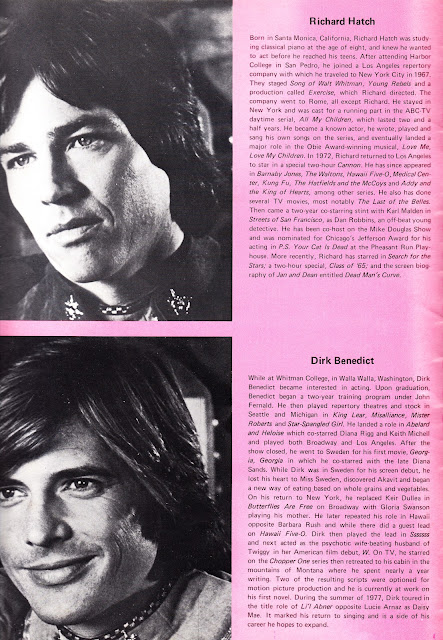 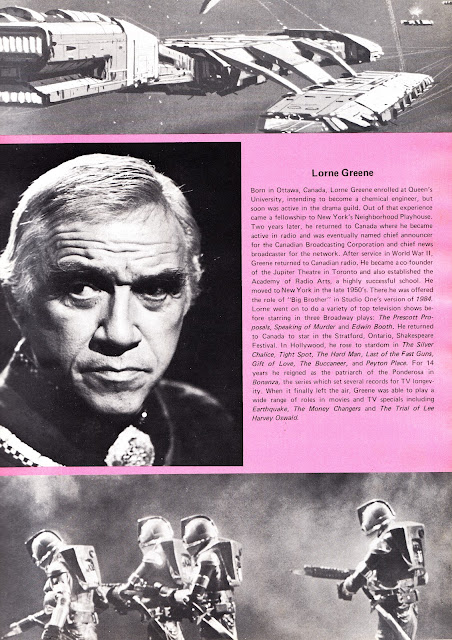 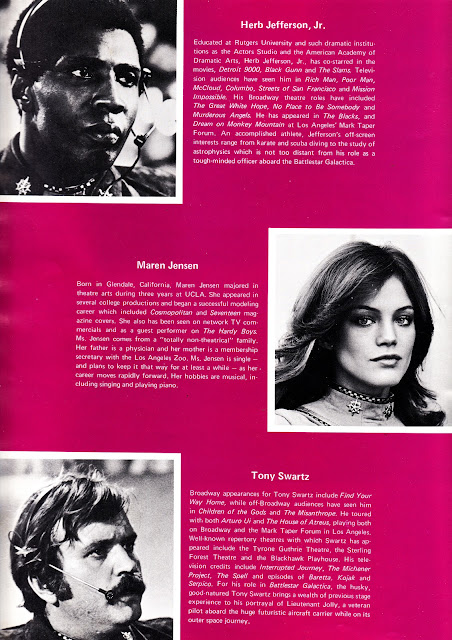 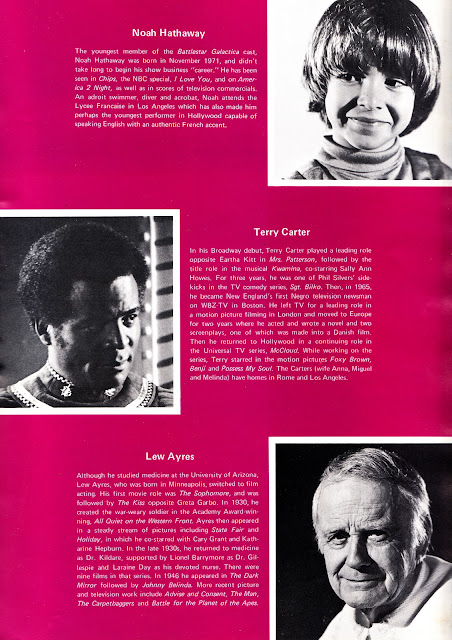 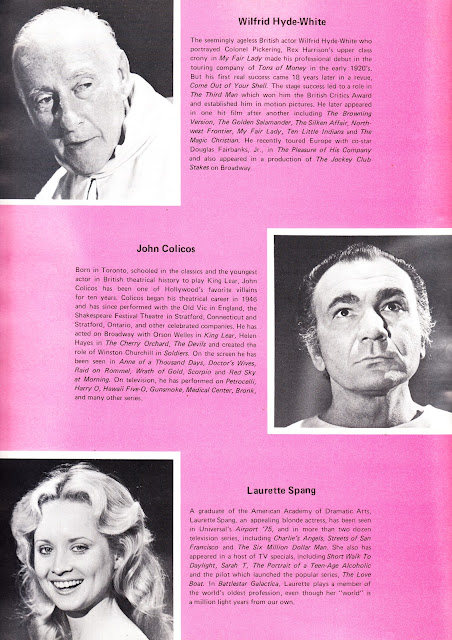 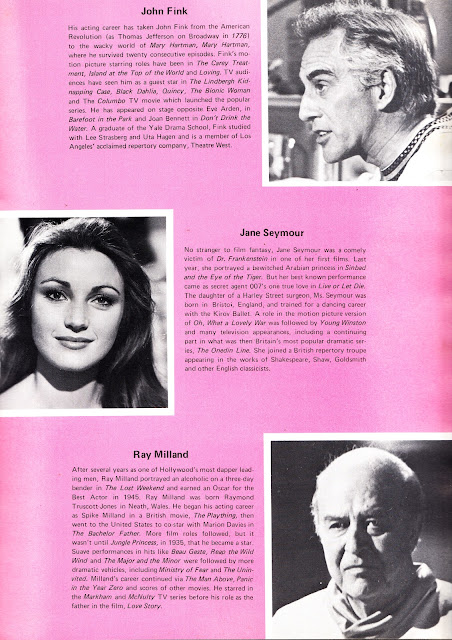 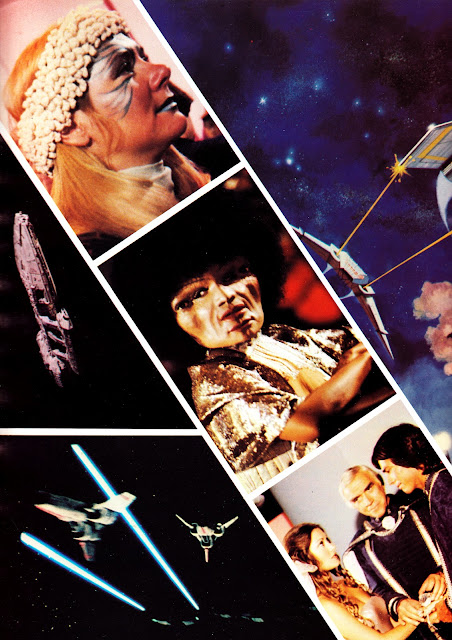 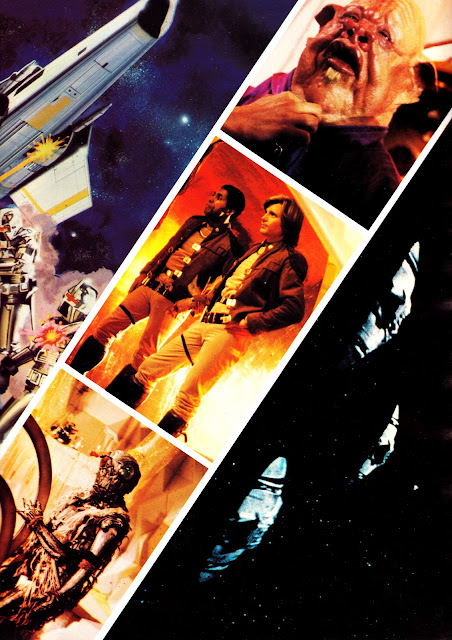 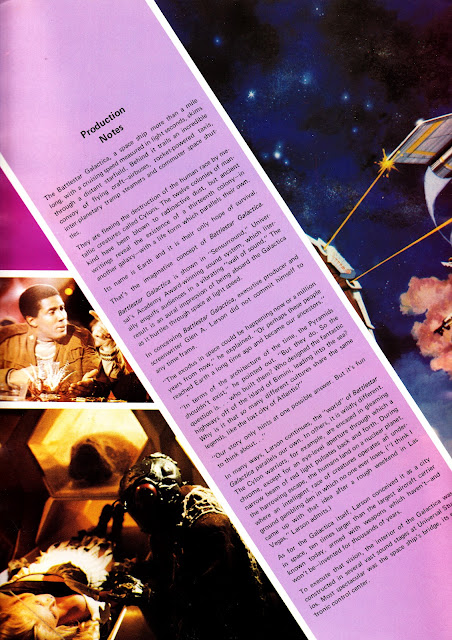 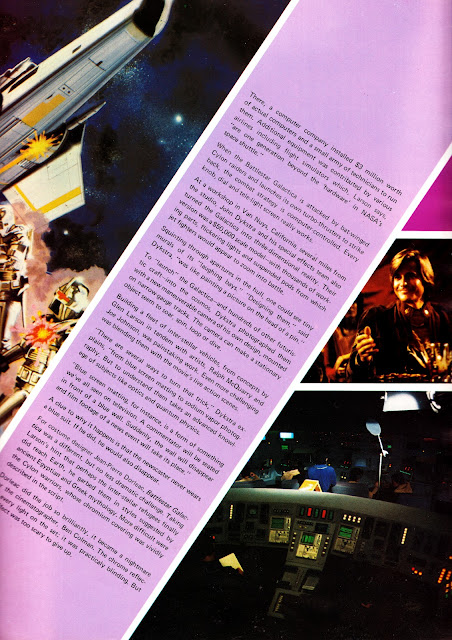 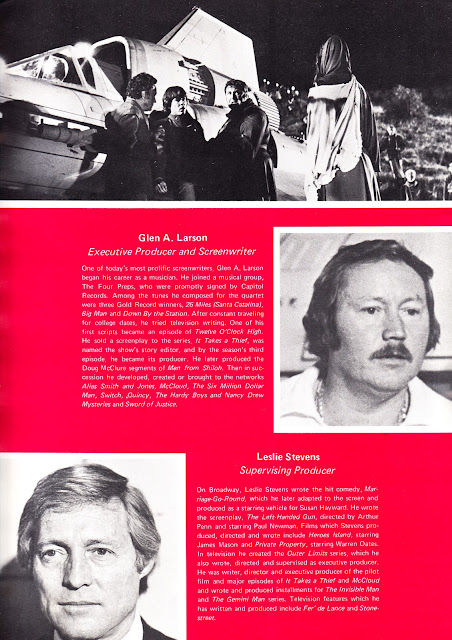 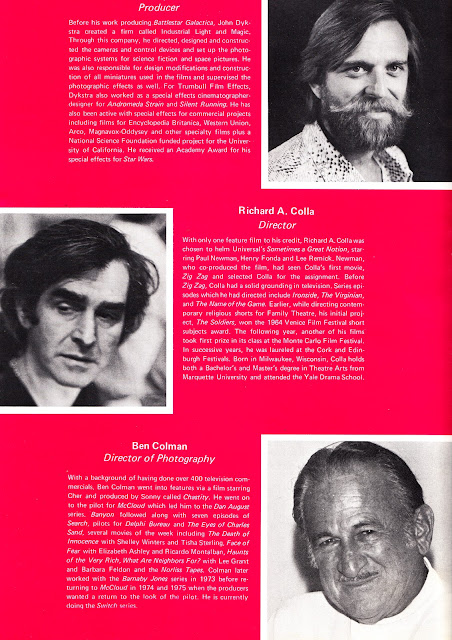 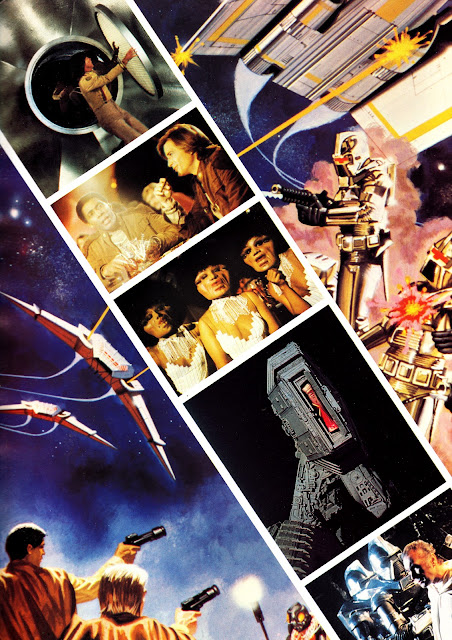 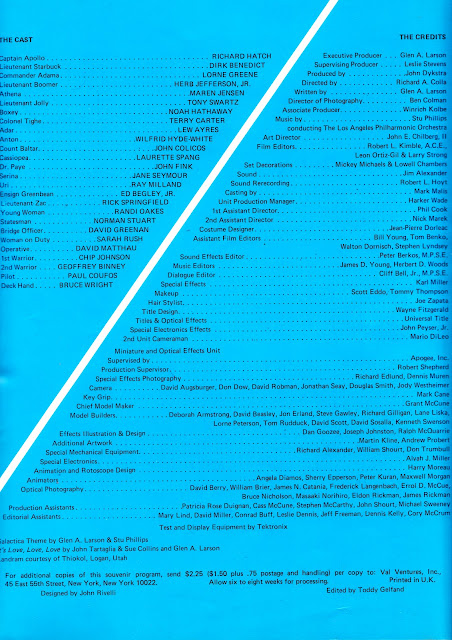 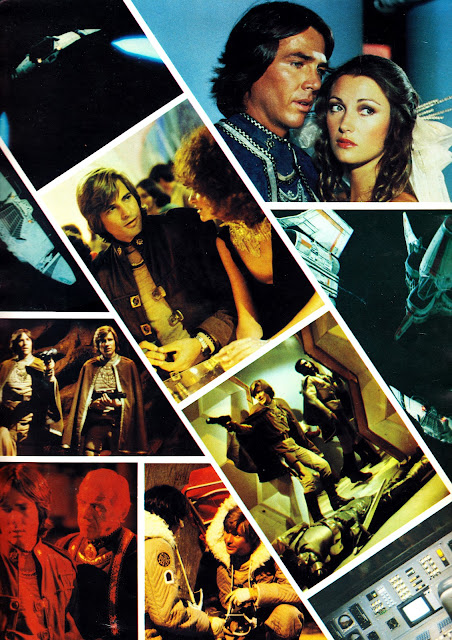