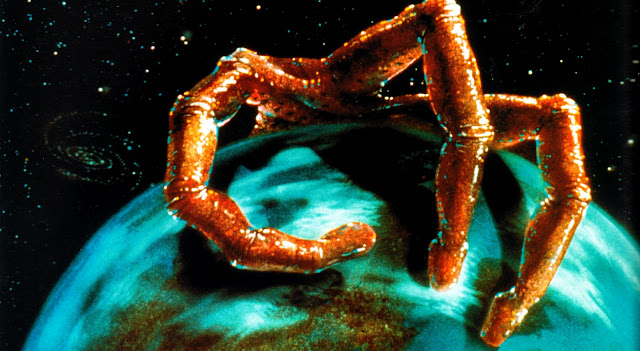 With all this talk of mankind exploring Mars, it got me thinking about when, back in the eighties, Martians were wandering around Canada causing all sorts of post-watershed mischief.

So I resurrected this fascinating two-part article, by Jonathan Blum, from TV ZONE magazine on Paramount TV's horror/ science fiction hybrid WAR OF THE WORLDS.  It appeared at the point in the now-defunct magazine's history where they finally ran detailed, word-heavy articles rather than their usual trick of lots of pretty photos and under-utilised space.

The Flashback feature began as little more than a detailed synopsis of a particular episode with a paragraph-or-two tacked onto the end with minimal behind-the-scenes information.  It evolved into a far more detailed behind-the-scenes account of the making of various shows (and not just shows that obviously fitted TVZ's SF-TV remit), even boasting contributions from ace telly historian Andrew Pixley for a time.

WOTW first appeared in the UK as a series of rental-only VHS tapes from CIC Video (following the same business model they'd already used on STAR TREK: THE NEXT GENERATION season one).  The show made its UK TV debut on B-Sky-B's THE MOVIE CHANNEL with an airing of the pilot episode before becoming a regular fixture of ITV's region-by-region overnight schedules.

Both seasons are now available on DVD. 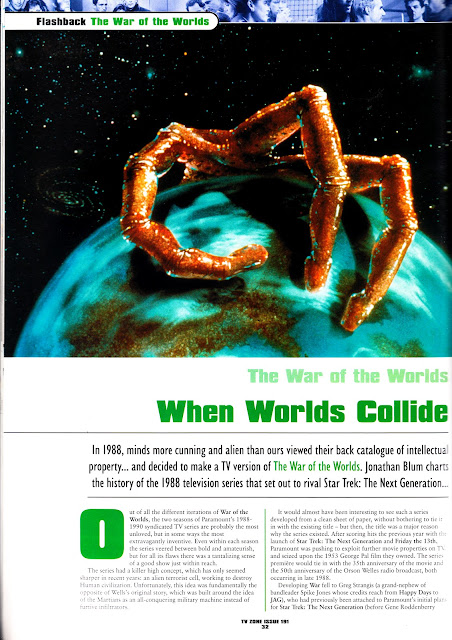 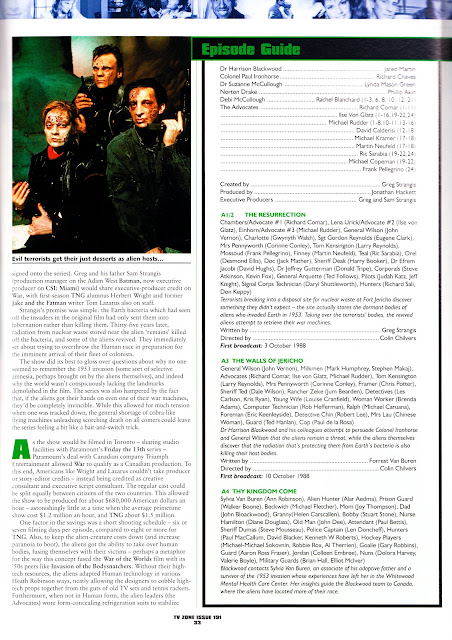 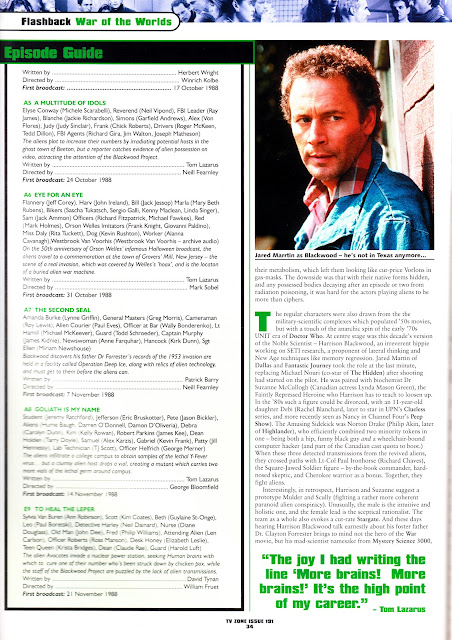 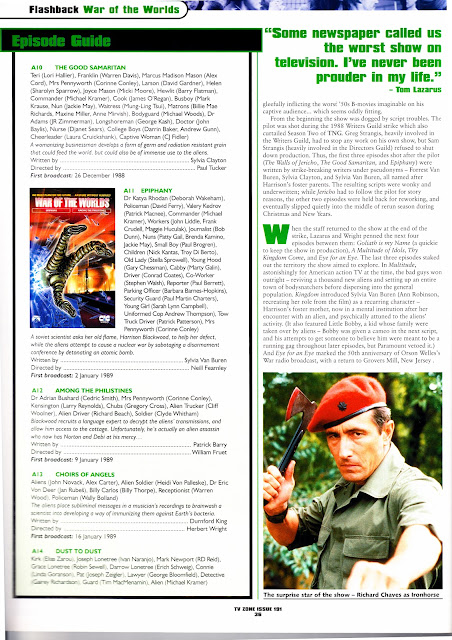 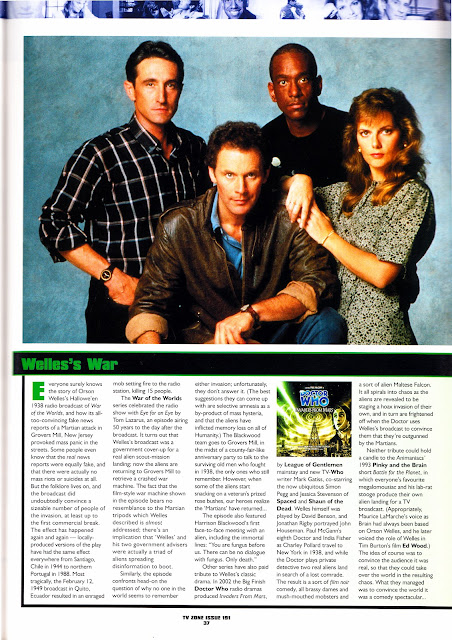 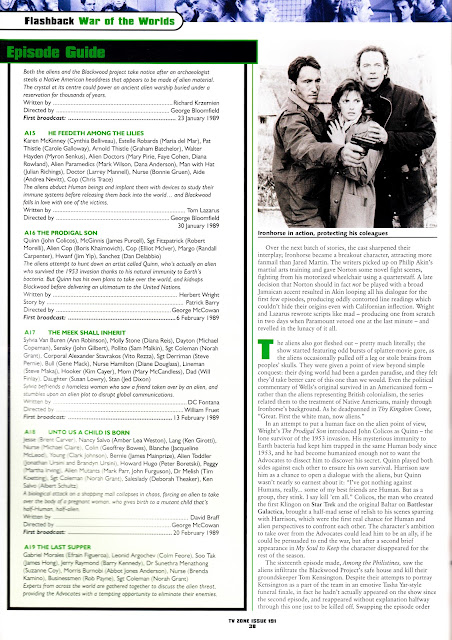 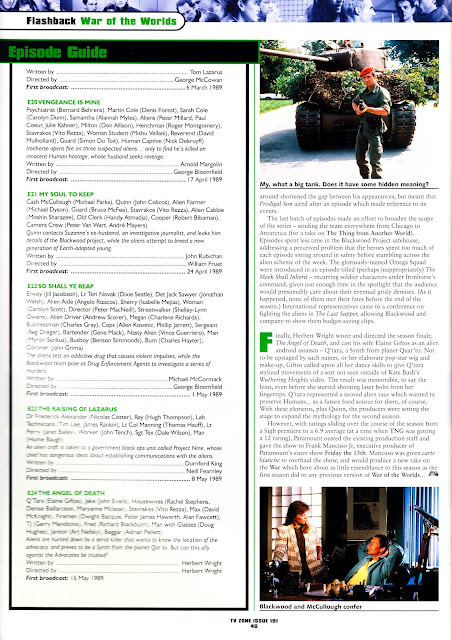 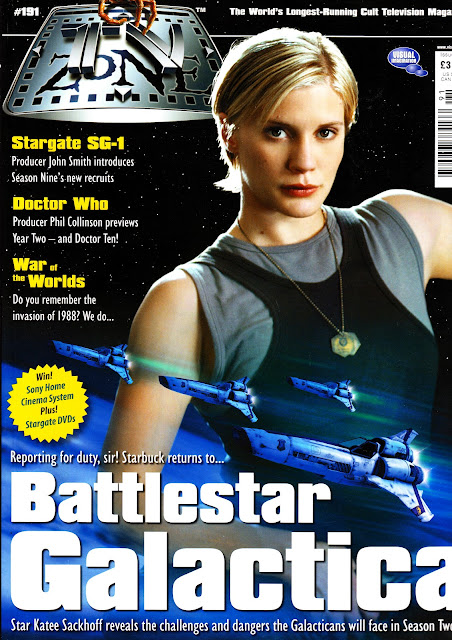 Email ThisBlogThis!Share to TwitterShare to FacebookShare to Pinterest
Labels: 1988, THE WAR OF THE WORLDS, TV ZONE