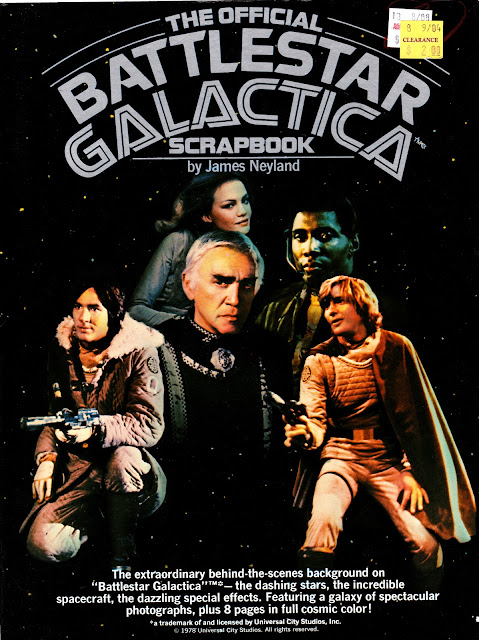 Truth-be-told, most of the deluge of BATTLESTAR GALACTICA merchandise that appeared between 1978 and 1980 wasn't much good (and, in some cases, actually deadly), especially if you're a serious fan of the show rather than a nine year-old space brat.

I never saw this book, published by Grosset & Dunlap, at the time and, to be honest, I've never spied a copy since.  Presumably it crossed the Atlantic in such small numbers (if at all) that copies have never reached geek dealers, charity shops or secondhand book dealers.  I acquired this one on the 'net a while ago... and then buried it on my bookshelf... only to be unearthed again during my recent pre-Christmas sort-out.

The title is a tadge misleading, certainly for British readers (which may help explain the lack of imports, maybe retailers were ordering a very different product... and didn't bother).  It suggests a book where you paste-in your own clippings/ art/ whatever (and, invariably, glue the pages together too).  It's actually a perfectly sensible square-bound "making of" tome, covering the production of the show's three opening stories (Saga of a Star World, Gun on Ice Planet Zero and Lost Planet of the Gods).

Most of the interior is black & white with only a smattering (eight pages) of colour printing. 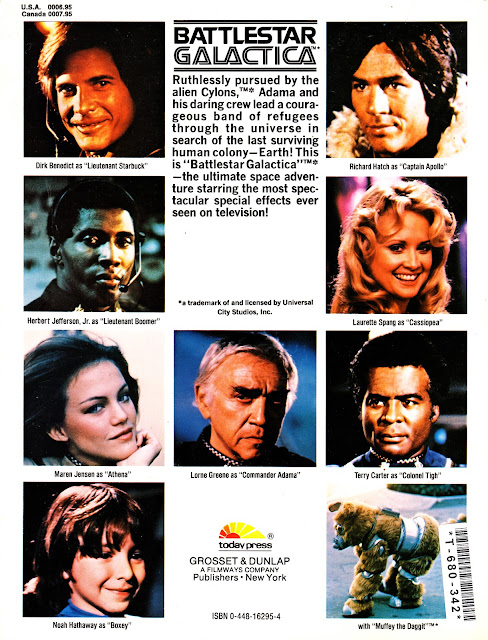