This is a double-page (centre-spread) ad from November 1980 (which, because of the way comics were dated back-in-the-day, would have been seen in August and September) plugging the delights of CBS' Fall Saturday Morning schedule.

For Brits (of a certain age), there's several very familiar shows in the line-up, notably Hanna-Barbera's DRAK PACK and Filmation's TARZAN, LORD OF THE JUNGLE (here partnered with the less memorable LONE RANGER). 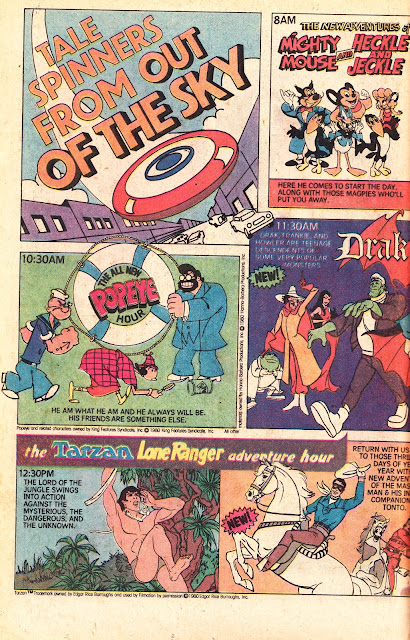 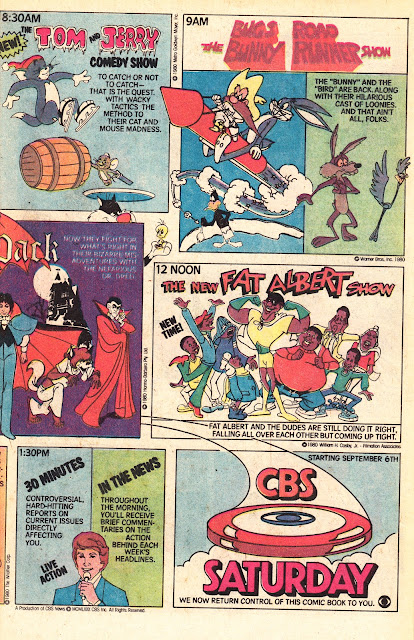