JAMES BOND: SKYFALL is now - officially - the highest-ever grossing film here in the UK.  Hurrah!  What's even more impressive is that it trumped AVATAR, the previous box office champion, despite lower ticket prices (no pricy 3D supplement here).  And, the Bond 50th anniversary flick is still on general release here so that haul can only increase further.

Of course, if you want to be pedantic, you'd have to do some inflation-juggling to really find out which film is the all-time winner.  But why spoil the PR folk's fun?  And it is a great film.

So - to celebrate - here's a US advert, from June 1984, flogging a previous (and decidedly less spectacular) Bond screen adventure. 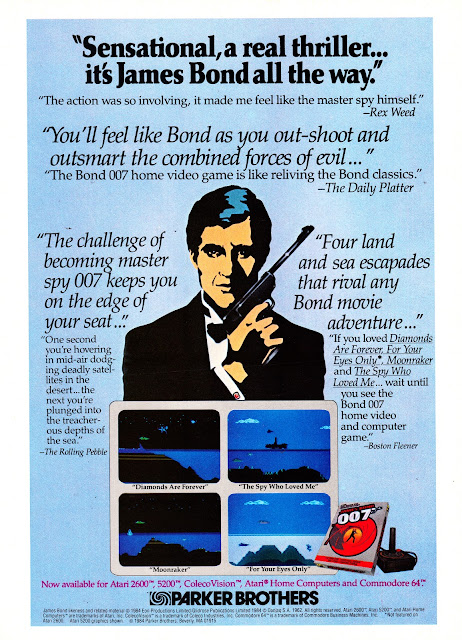