I've had these scans on file for so long that I'd forgotten that I'd never quite got around to running them: this is the British edition of the THE BLACK HOLE movie comics adaptation, published under-license, by IPC in 1980.

It's a magazine-sized, black & white, version of Whitman's typically "that'll do" adaptation.  As you'll see from the sample interior pages, below, it's clear no-one was striving for the highest quality results. It really is no wonder that the likes of Whitman succumbed to falling sales when you imagine how much better this would have been if it had been adapted by one of the big two (even with their notorious lack of interest in the properties they licensed).

There's no credits that I can find in either this or the original US version (published as a two-issue run and also collected into book form).

The second page shows Whitman's minimalist interpretation of the movie's bonkers through-the-black hole conclusion.  There's no Dante's Inferno to be found here, presumably because the publisher got cold feet about the idea.  Or the film makers hadn't decided how to close the flick by deadline.

If you wondered what happened to the Palomino crew next, Whitman published another two issues which plonked them down in a mirror universe (giving them the chance to encounter the movie's villains all over again).  Those two issues hit the UK in the form of the one-and-only BLACK HOLE ANNUAL (which I'll cover in a future post).

The US also say a Disney-sponsored strip adaptation for newspapers, by none other than the mighty Jack Kirby.  Unfortunately, I don't think it appeared in any British paper. 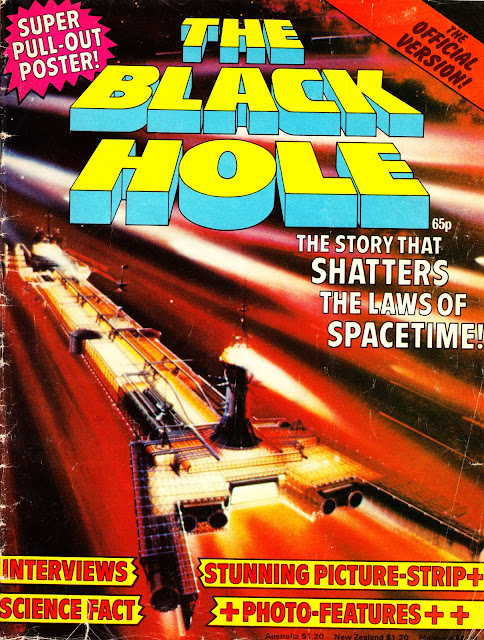 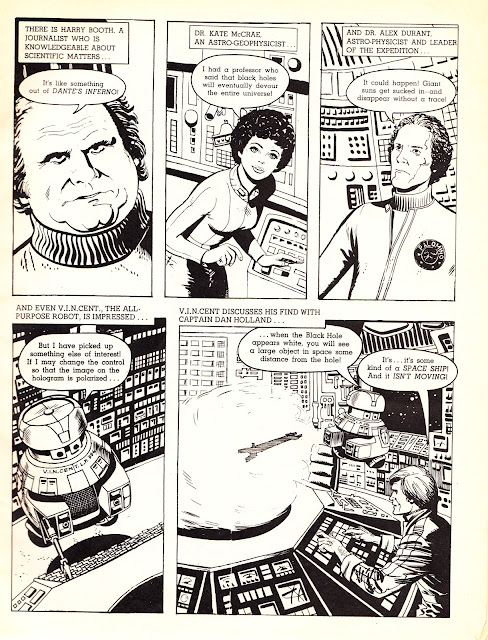 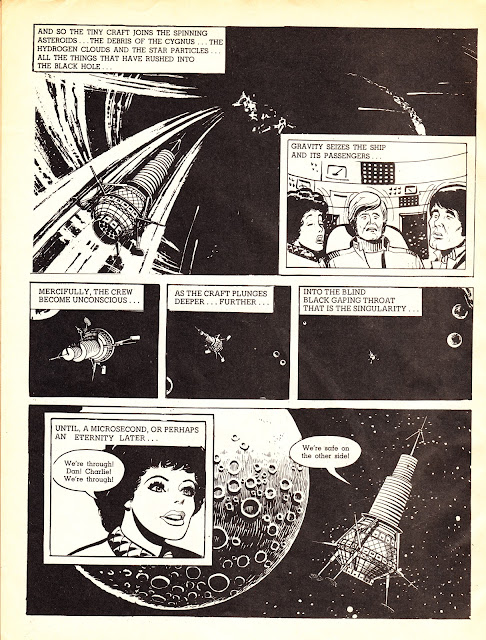