Launched in February 1985, the successor to FAMOUS MONSTERS ran for 17 regular issues (the last appearing in late 1997) followed by two annuals (a 'Fearbook' in 1988 and a NIGHTMARE ON ELM STREET special) and an ALIENS special.

I found this random issue in a dealer's table and grabbed it as a random example of a magazine that seems to have been all but forgotten. Copies may be plentiful in the States but this Fango wannabe seems rare in the UK. 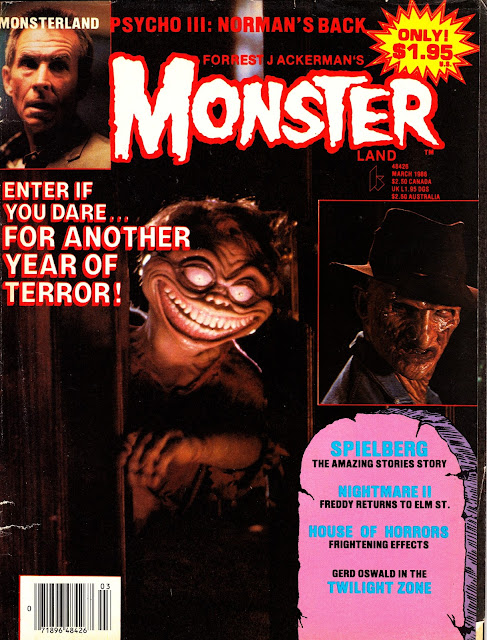