From 2000: the first of four paperback books (similar to the ones periodically given away with SFX magazine) that appeared as freebies with the first four issues of SCIENCE FICTIIN WORLD magazine, a shortlived successor to COMICS WORLD magazine from earlier in the decade.

Each of the books (the rest of the run were CULT TV, HORROR and FANTASY) featured summaries/ reviews from their chosen genre/ medium and make for a concise and substantial read.

They are great reads and copies of the magazines seldom surface with the books still attached. 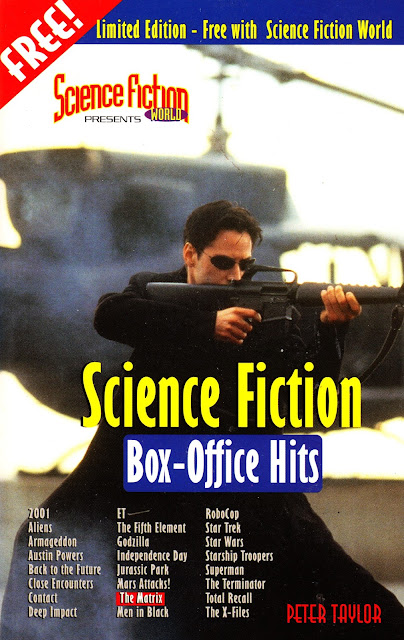 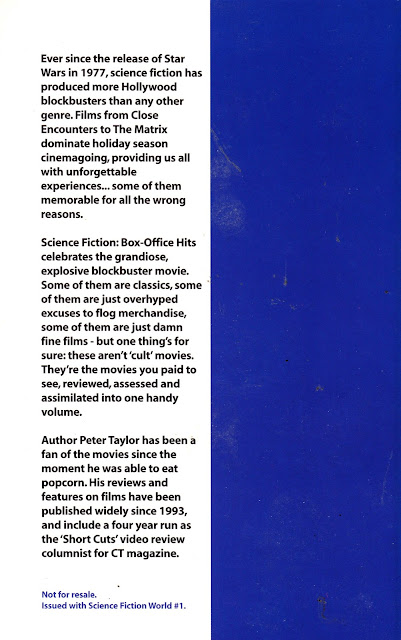